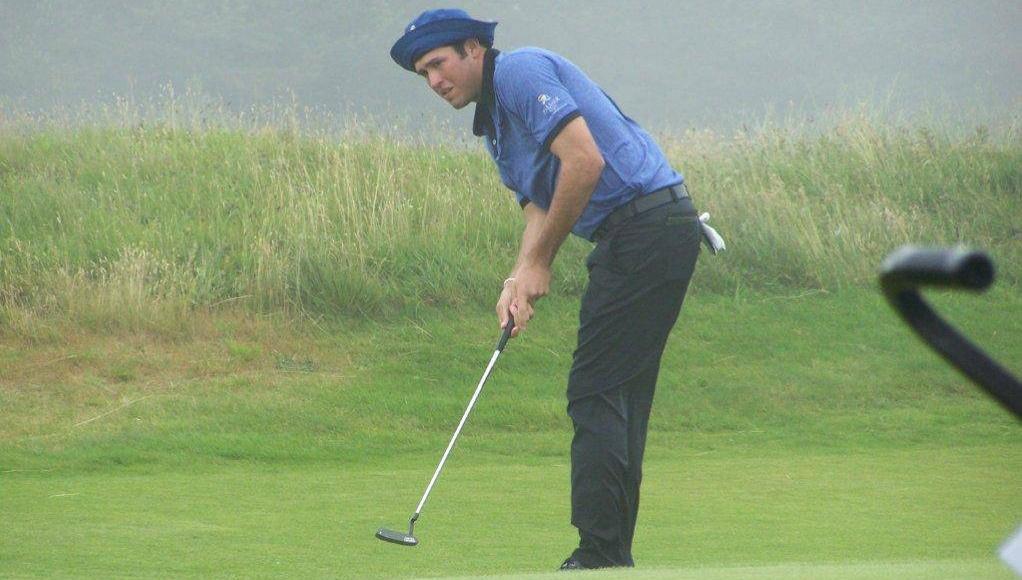 CLEMSON, SC – Former Clemson golfer Corbin Mills closed his amateur career on Saturday when he halved his match at the 2012 Palmer Cup against Thomas Pieters.  Mills was the only United States golfer who did not lose on the final day of competition  at Royal County Down in Northern Ireland.

Europe trailed the United States 10-6 entering the final day, but won seven of the eight matches on the final day to gain a 13.5-10.5 victory. With the European victory, the Palmer Cup matches are now tied 7-7-1 since they began in 1997.

Mills got off to a great start by winning the second and third holes.  He had a one-up lead after nine holes,  but Pieters, a native of Belgium who just finished his sophomore year at the University of Illinois,  tied the match by winning the 10th.  Mills came right back to win the par five 11th hole.  It looked like Mills had all but clinched the match when he won the par four 15th hole.  It was a strange hole, as he won it with a double bogey, giving him a two-up lead with three to play.  But Pieters won the 16th to get to one down.  The 17th hole was halved.

Mills finished the Palmer Cup with a 1-1-2 record.