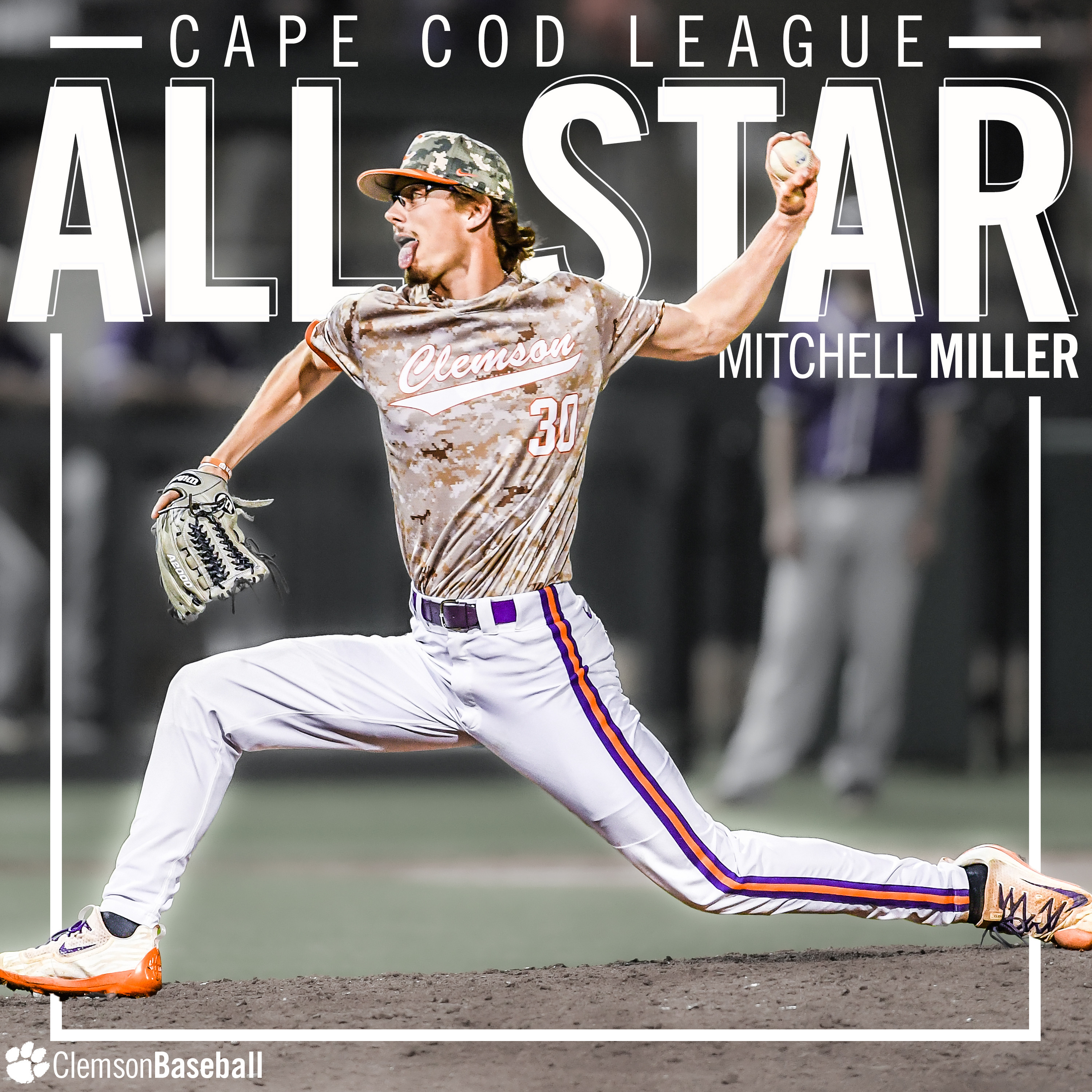 CLEMSON, S.C. – Lefthander Mitchell Miller (Covington, Ga.) was named to the Cape Cod League All-Star Game, which will be played at Clem Spillane Field in Wareham, Mass., on Saturday at 6:05 p.m. Miller was one of 25 players and one of 10 pitchers named to the West Division team.

As a member of the Falmouth Commodores this summer, Miller is 1-1 with two saves, a 2.11 ERA, .164 opponents’ batting average and team-high 24 strikeouts against only three walks in 17.0 innings pitched over nine relief appearances.

As a freshman at Clemson in 2017, Miller pitched 3.2 innings over six relief appearances.