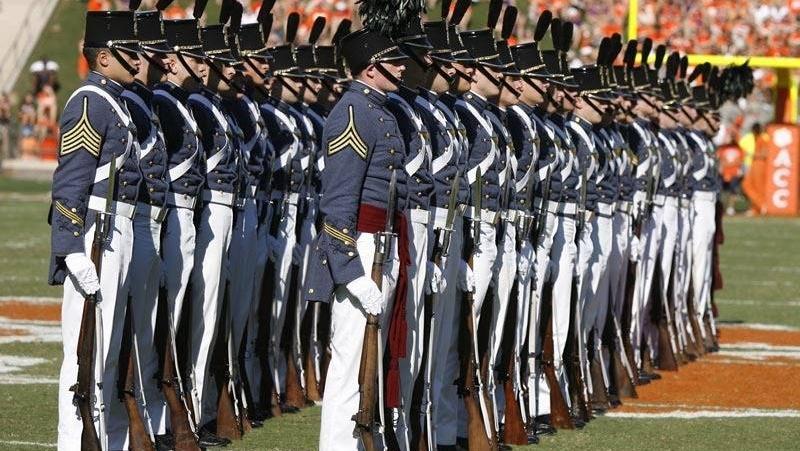 Clemson Athletics invites all fans to view the military displays on Bowman Field on Saturday, October 20 beginning at 9:00 AM, and then watch the military parade prior to the Clemson-Virginia Tech football game.  The parade will start at the Holmes and McCabe dormitories at approximately 11:00 AM, immediately following Tiger Band’s 30-minute concert in the amphitheater, which will begin at 10:30 AM.

All veterans and current military personnel from both universities, and the families of fallen soldiers are invited to participate in the parade to Littlejohn Coliseum.  This group is also invited to the Clemson West End Zone at halftime.  To participate, go to Portal “X” with 5:00 minutes remaining in the second quarter in order to be able to stand in the end zone during the halftime show, which will be performed by both the Virginia Tech and Clemson marching bands.