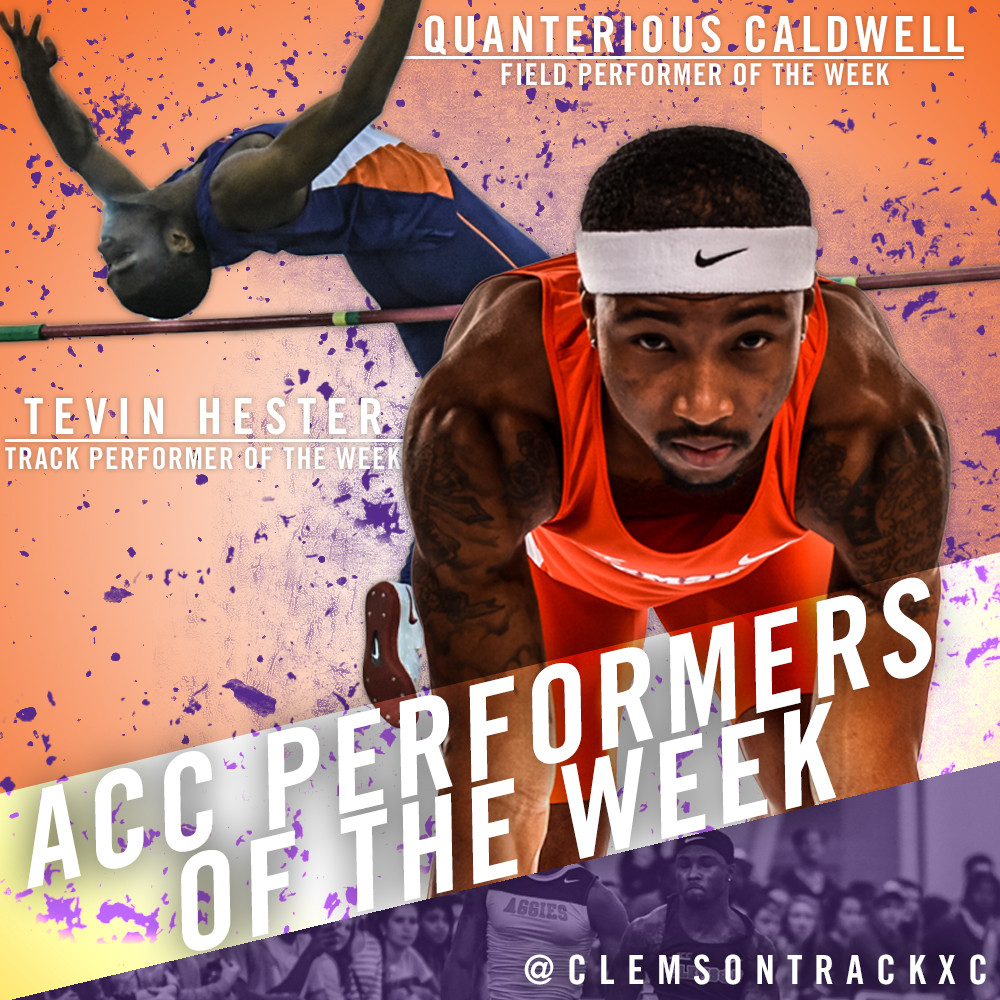 GREENSBORO, N.C. (theACC.com) – Tevin Hester and Quanterious Caldwell each turned in impressive efforts in their season opener on January 9 and caught the eye of the ACC. Hester and Caldwell are two-of-five student-athletes ranking in the Nation’s top 14 in their respective events to earn the first Atlantic Coast Conference Indoor Performers of the Week honors for the 2015-16 season.

The ACC’s Men’s Track Performer of the Week is awarded to Hester, an All-American and the reigning ACC Indoor and Outdoor Performer of the Year. The senior was the fastest of 23 competitors in the Orange & Purple Classic with a 6.63 in the 60 meter dash. The time is currently the third fastest time in the country and it is the fastest time in the ACC.

Caldwell set the bar in the high jump, leaping 6-10.75 to come out on top in a field of 11 and earn the ACC Field Performer of the Week nod.  The jump was impressive for a freshman competing in his first meet as it would have been the fourth best height recorded in last year’s indoor conference championship. Caldwell is currently tied for the 14th best height in the country, and holds the best mark in the ACC.

Clemson’s next test is set in Blacksburg, Virginia at the Hokies will host the Virginia Tech Invitational on January 15 and 16.