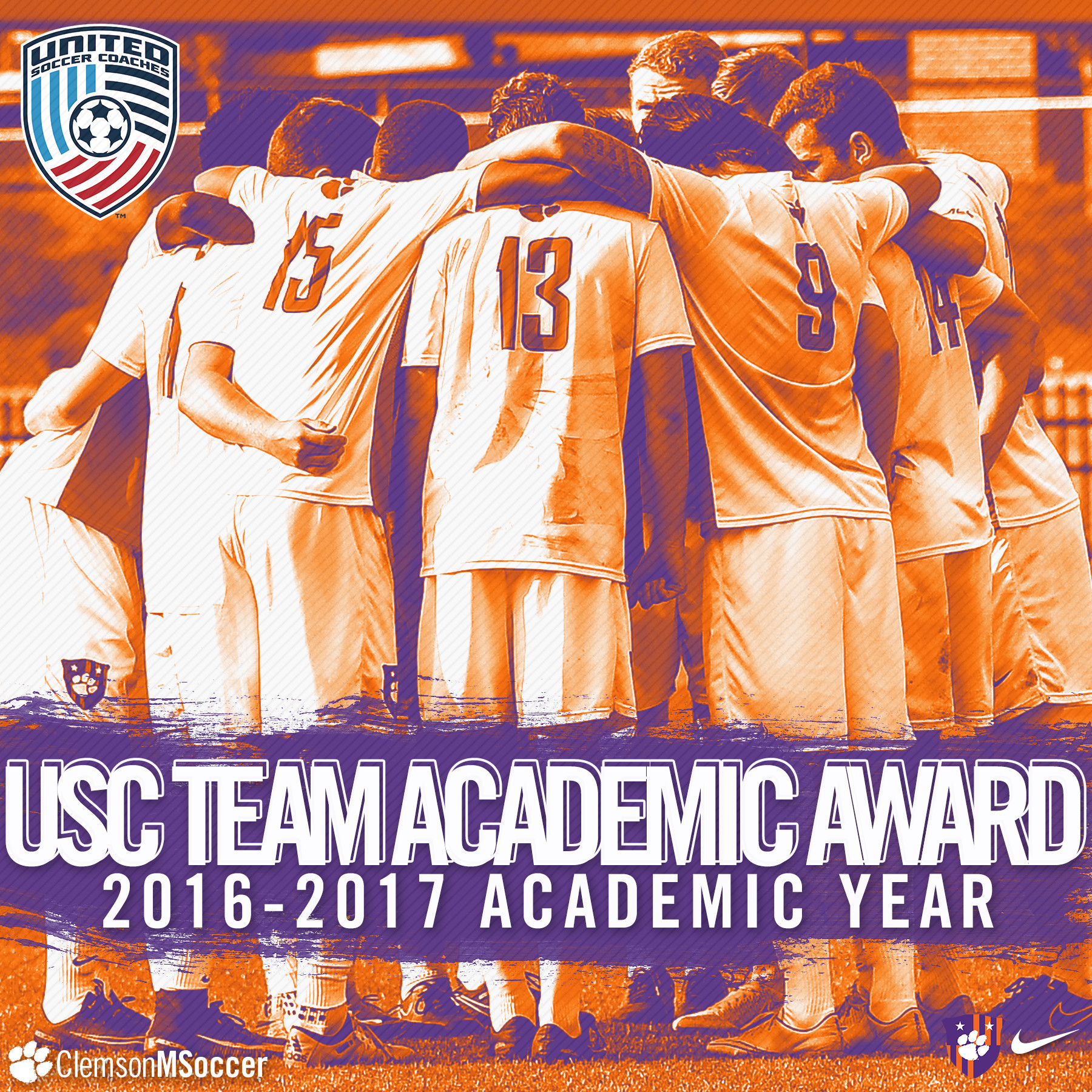 CLEMSON, S.C. – The Clemson men’s soccer team earned the Team Academic Award for the 2016-17 academic year, as announced by the United Soccer Coaches earlier this month. The Tigers garnered the academic accolade after recording a team grade point average above 3.0 (3.29 for 2016-17) for the academic year.

The Clemson women’s soccer team was also recognized, and the school is one of 210 programs to have both its men’s and women’s teams claim the award. A total of 813 teams (282 men, 531 women) from across the country were honored.

The men’s team has earned the accolade seven times, including each of the last three seasons under head coach Mike Noonan.