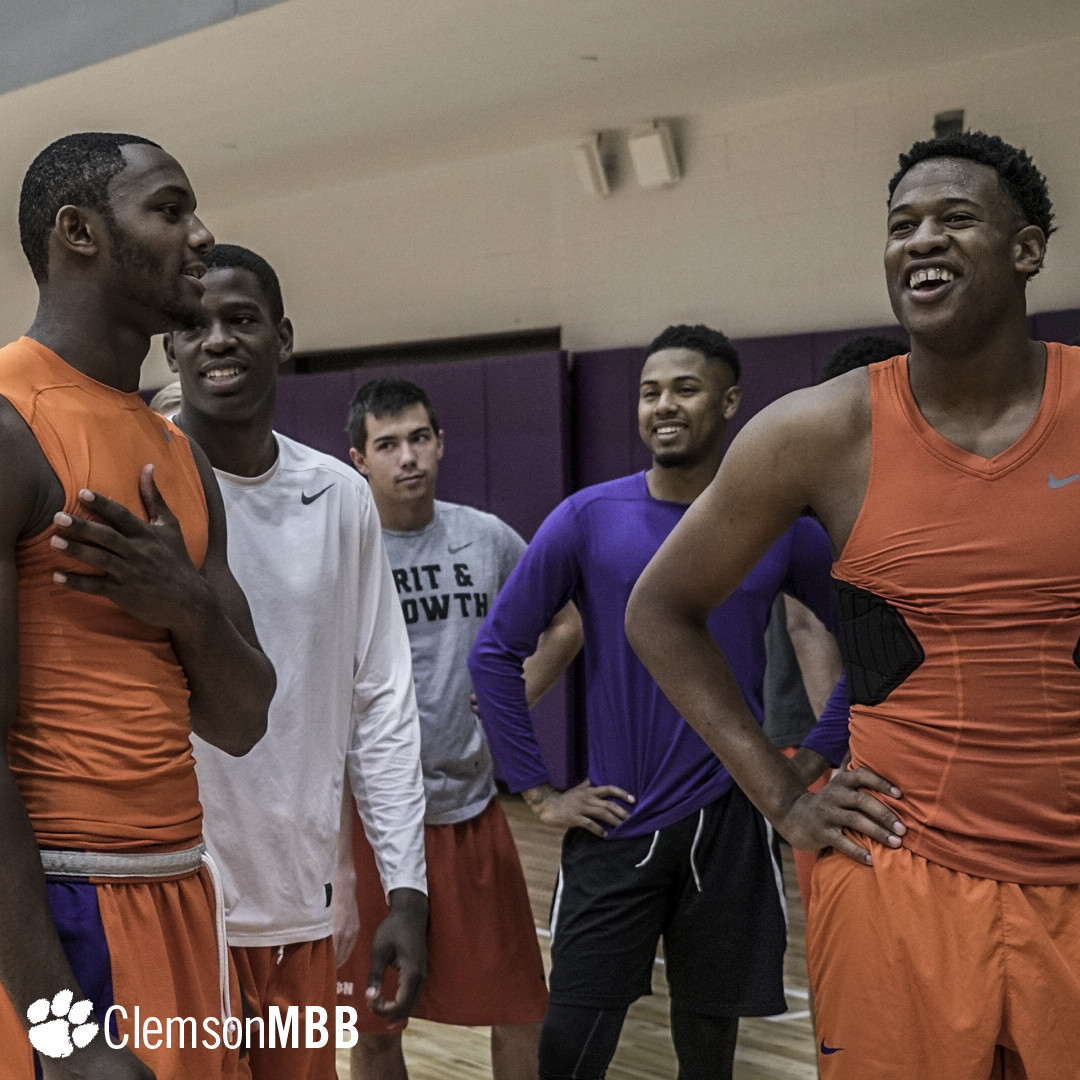 CLEMSON, S.C. –– Clemson University men’s basketball took to the court on Sunday afternoon for its first official practice in preparation for the 2017-18 season. Clemson worked out for two hours inside Littlejohn Coliseum.

I thought our guys were very attentive and we covered a lot of things today especially on the defensive side,” said head coach Brad Brownell. “Any time you have a young team like we do, we have to slow things down and do a lot of teaching.”

The Tigers return eight players from last season, including Scott Spencer who missed most of last season due to injury. At the same time, Clemson welcomes six newcomers, including David Skara who redshirted last season after transferring from Valparaiso.

Mark Donnal is a graduate transfer from the University of Michigan and both Donnal and Skara compliment four freshmen who are new to the fold for 2017-18.

“Our older guys had great energy and enthusiasm and I thought that their effort was really good. Our young guys’ effort was good and they really tried to compete at a high level.”

The Tigers open the regular season at home on Friday, November 10 against Western Carolina. Season tickets can be purchased by calling 1-800-CLEMSON or online at ClemsonTigers.com.