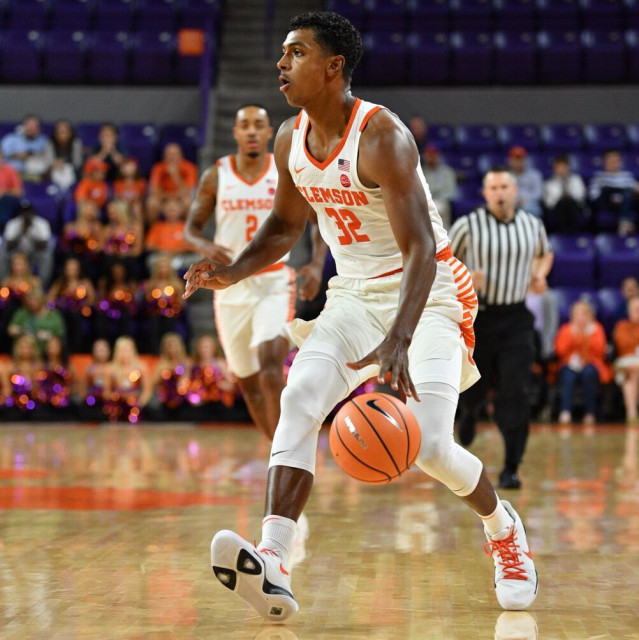 CLEMSON, S.C. — An explosive 28-6 run carrying over from the end of the first half to the beginning of the second half elevated Clemson University men’s basketball over Augusta University by a final score of 80-56 on Thursday night in Littlejohn Coliseum.

It took time for the Tigers to find their rhythm, but once they did, they did not look back. Senior forward Donte Grantham led all scorers with 18 points on 8-for-11 shooting from the field, while also chipping in eight rebounds.

As a team, Clemson assisted on 16 of their 28 field goals.

The Jaguars led by as many as 11 points in the opening half, but the Tigers chipped away and closed to within just two at the break following a Mitchell jumper with seven seconds left.

In the second half, Clemson clamped down defensively and exploded on the offensive end of the floor and engineered a 23-3 run which would lead to a win on Thursday night.

The Tigers will host one more exhibition game on Sunday, Nov. 5 against Tennessee at 12:30 p.m. Proceeds and donations from the game will benefit the Salvation Army and their continued hurricane relief efforts. Admission to the contest is FREE for the general public.

The regular season opens on Friday, November 10 against Western Carolina University. Regular-season tickets are on sale and can be purchased by calling 1-800-CLEMSON or visiting ClemsonTigers.com