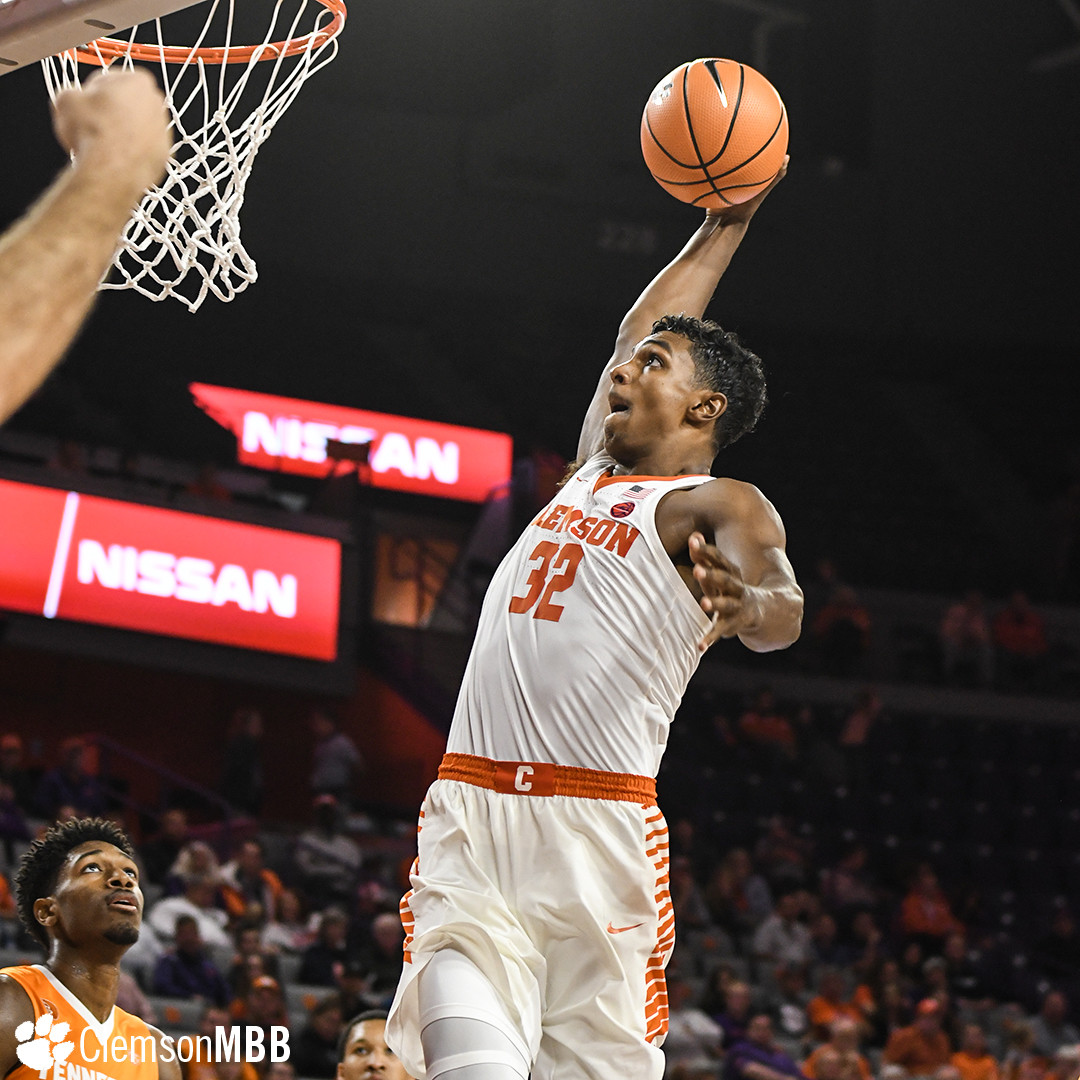 • Clemson opens the 2017-18 season on Friday against Western Carolina. It marks the first meeting between both programs since the season opener in 2010-11. • The Tigers return two double-digit scorers from a year ago: Shelton Mitchell (10.8 ppg) and Marcquise Reed (10.0). Elijah Thomas, Donte Grantham and Gabe DeVoe all averaged over 7.0 points per contest. • Clemson owns a perfect 11-0 record against Western Carolina, including a 10-0 mark in games played in Littlejohn Coliseum.

SERIES HISTORY CU Series W-L record: Clemson leads 11-0 Streak: Clemson has won 11 games in a row dating back to the first matchup in 1978-79.

TIGER TRACKS • Donte Grantham and Elijah Thomas were both recognized by CBS Sports’ Jon Rothstein. Grantham was named to Rothstein’s “Top 20 Breakout Players”, while Thomas was listed as a “Top 20 Under-The-Radar” player.• Both Grantham and Marcquise Reed are closing in on 1,000 points this season. Grantham needs 169 points, while Reed needs 142 to eclipse the milestone. • Mark Donnal is eligible immediately for the Tigers after qualifying as a graduate transfer. Donnal played over 100 games in his career in the Big Ten Conference for Michigan and has played in five NCAA tournament games over the last two seasons. • Head coach Brad Brownell enters the season just nine wins shy of 300 for his career.• Clemson will debut eight players who have seen limited or no action in a Tiger uniform during the 2017-18 season.• The program welcomed four freshman into the fold, including redshirt freshman Anthony Oliver II who enrolled as an early enrollee in January of 2017.