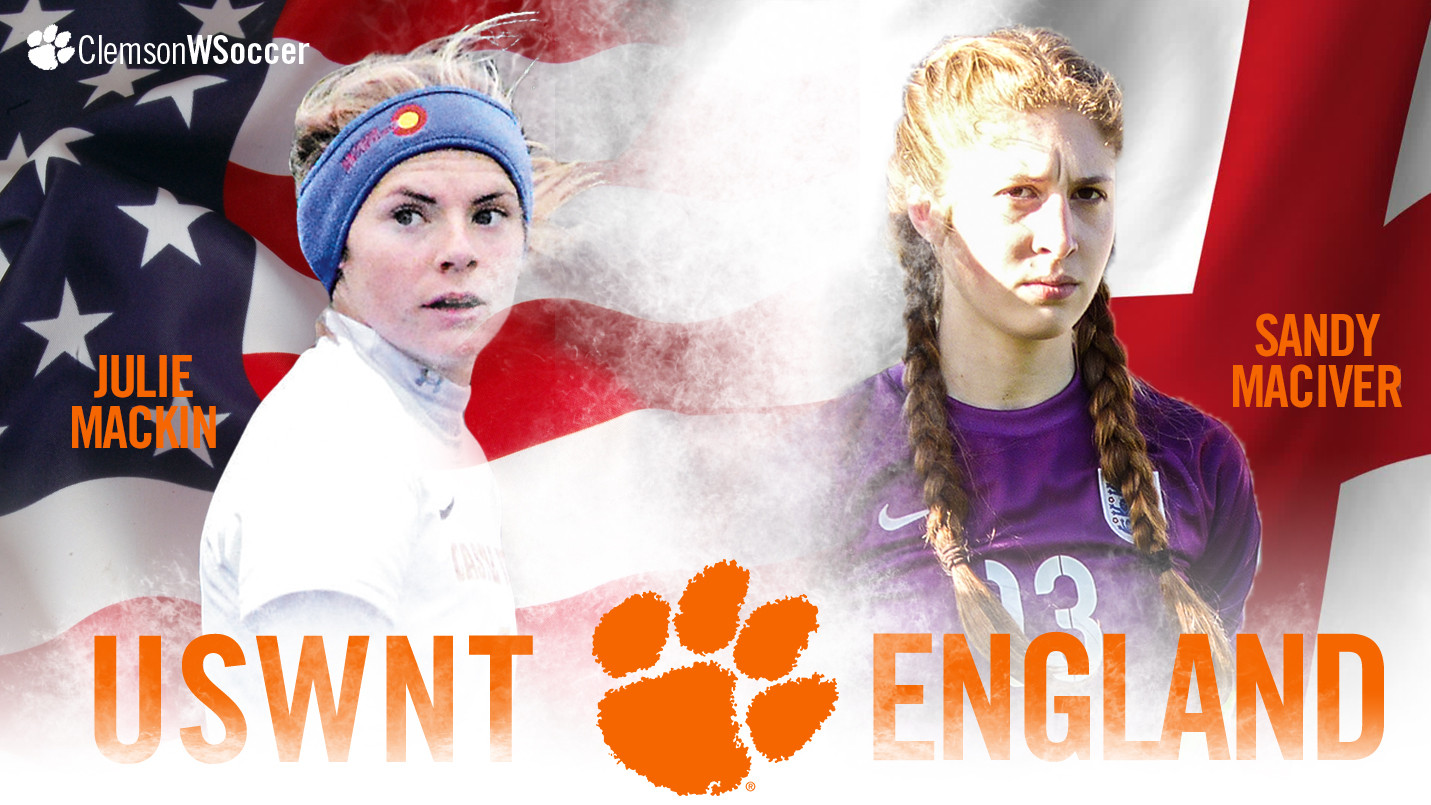 Mackin and MacIver Face Off in International Friendly

CLEMSON, S.C. – Incoming freshmen, Julie Mackin and Sandy MacIver have each been selected to compete for their respective countries in a U-19 WNT friendly at St. George’s Park in the United Kingdom. The United States and England will play one match on July 12 followed by a second match on July 14.

Mackin has been on campus for summer classes and will take time away to participate in her 12th USWNT event. She was recently named the Colorado Gatorade Player of the Year and is a two time state champion.

MacIver’s addition to the Clemson roster was announced on July 5. The Windsford, England native is a product of the Manchester City Youth Academy and has made 8 starts for the U19 English National Team. This will be her 19th appearance with the National Team in her career.