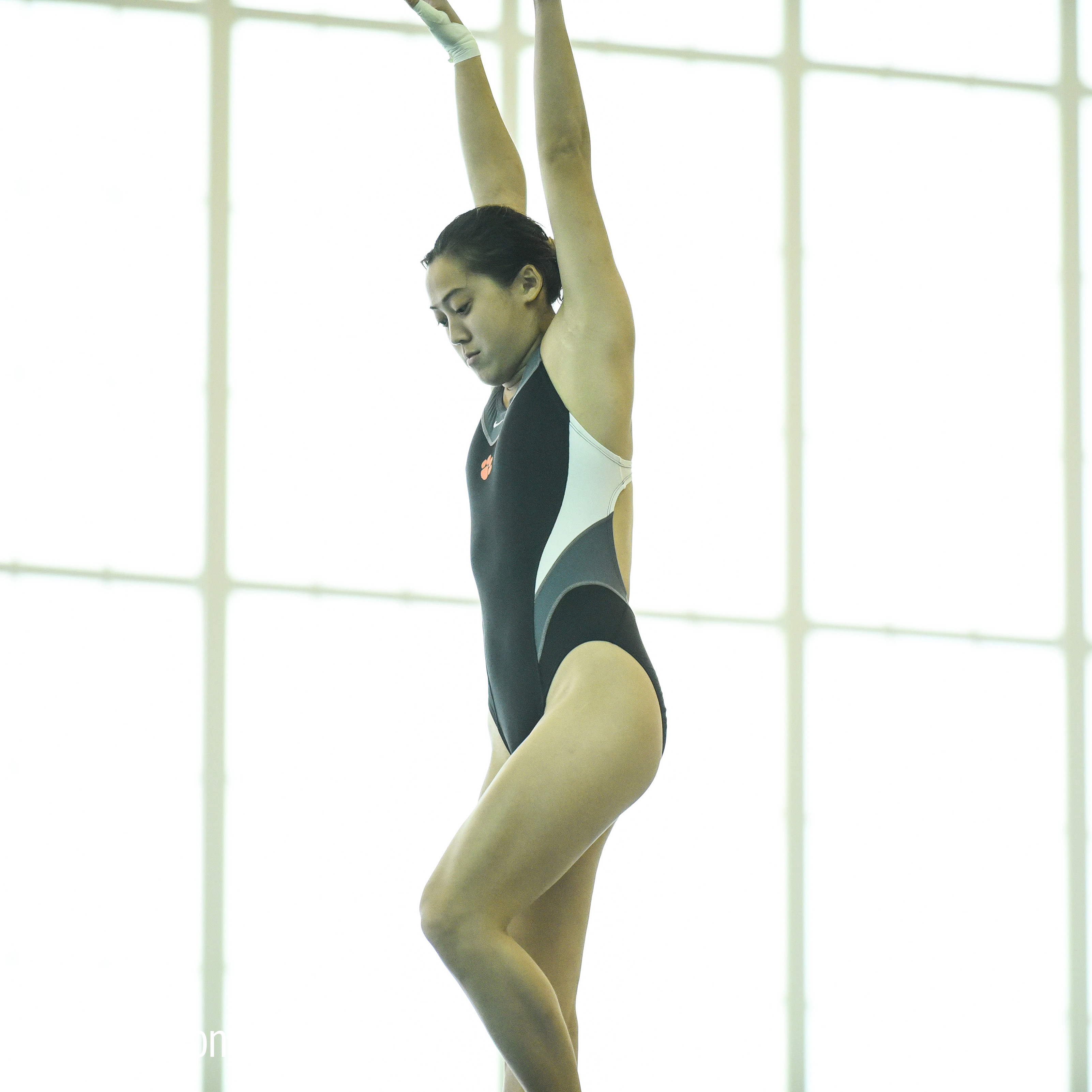 Lim Shines as Diving Competes at GT and VT Invitationals

CLEMSON, S.C. – Freida Lim’s new program record score on the platform capped off a busy weekend for the diving team at the Georgia Tech and Virginia Tech Invitationals. The team sent divers to both Atlanta, Ga. and Blacksburg, Va. to compete in all three events against teams from across the country.

The Tigers first saw action on Thursday on the three-meter, and Lim and Jaya Brown both ranked in the top 12 in preliminaries at Virginia Tech, qualifying for finals later in the day. During finals, Lim placed third with a NCAA Zone qualifying score of 285.40, and Brown (281.35) took fourth. At Georgia Tech, the top 10 divers made finals, and Sarah Blank fell just 1.5 points shy of qualifying. Five Tigers, including Blank, ranked in the top 20 of 47 divers during three-meter preliminaries in Atlanta.

Friday’s competition featured the one-meter, and Brown ranked second in preliminaries in Blacksburg, qualifying for finals in her second event. She was joined in qualifying by Sarah Braun, who posted a Zone qualifying score (265.65) in the finals. Danielle Reitsma led the way at Georgia Tech, as her Zone score of 275.00 earned her fifth in the one-meter finals.

The Tigers wrapped up the weekend with platform on Saturday, and Lim’s first-place score of 301.40 at Virginia Tech not only topped the second place diver by more than 50 points, but also established a new Clemson record in the event. She also recorded her second Zone qualifying score of the competition, breaking the 225-point platform standard by over 75 points. Georgia Tech also saw Tigers qualify for Zones on the platform, with Reitsma (274.85) taking first place, and Allison Brophy (234.45) placing second and posting her first Zone score of the season.

The Tigers have a break for Thanksgiving and finals and will next see competition on Wednesday, Dec. 14 with a meet at Florida Gulf Coast University.