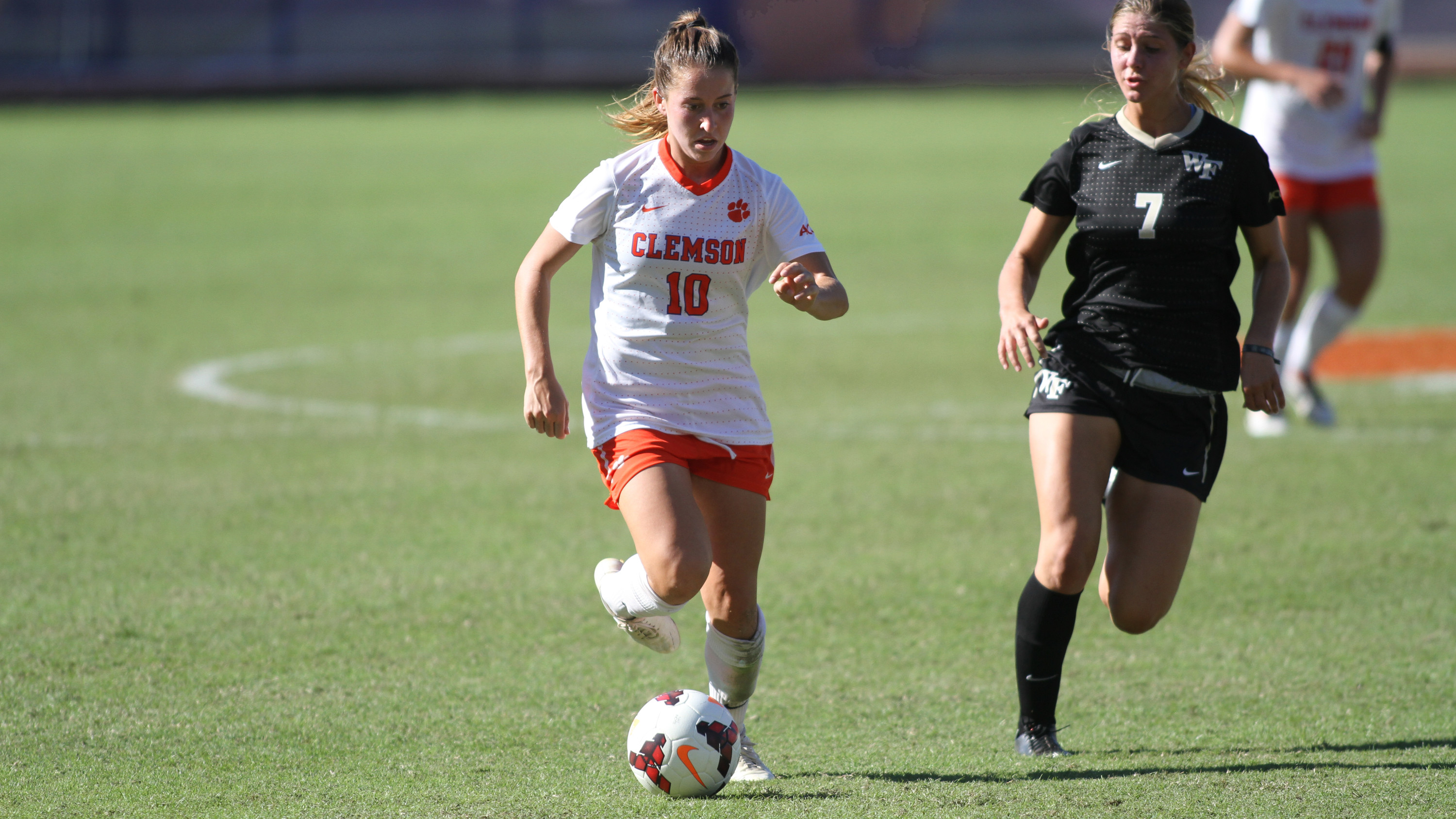 CLEMSON, SC – Senior midfielder Vanessa Laxgang and freshman goalkeeper Kailen Sheridan were named to the 2013 All-Atlantic Coast Conference Women’s Soccer Team as announced by the league office on Thursday.  Both Clemson players were named to the All-ACC Third Team, while Sheridan was also named to the ACC All-Freshman Team.

Laxgang led the Tigers in scoring in 2013 with five goals and two assists for 12 points.  She started all 19 games in the Clemson midfield and played 1,584 minutes, fourth-most on the team, and the most of any non-defensive player.  She netted the lone goal in the Tigers’ 1-1 double-overtime tie against third-ranked Florida State on September 29.  The native of Arlington Heights, IL posted 16 goals and nine assists for her career and finished first or second on the team in scoring three of her four seasons at Clemson.

Sheridan started all 19 games in goal for the Tigers in 2013, and gave up just 18 goals while posting 66 saves and seven solo shutouts.  She finished the season ranked in the top 10 in Clemson history in three single-season record categories: sixth in goals against average (0.94), tied for sixth in solo shutouts (7) and seventh in save percentage (.786).  The Whitby, Ontario native recorded a season-best eight saves in two games this season – the tie against the #3 Seminoles and the 2-0 loss to #5 North Carolina in Chapel Hill on Oct. 27.

This is the first time since 2007 that Clemson players have been named to the All-ACC women’s soccer team.  That year, three Tigers earned all-conference honors – Ashley Phillips (first team), Julie Bolt (second team) and Elizabeth Jobe (second team).  It is the first time since 2011 that Clemson has had an ACC All-Freshman team nominee, as Liska Dobberstein was named to the all-rookie team that season.

The Clemson program made great strides in head coach Eddie Radwanski‘s third season, improving from a 1-9 conference record in 2012 to a 4-7-2 league record in 2013.  The most significant progress was seen in team defense, as the Tigers allowed just 18 goals and a 0.90 goals against average in 2013, compared to allowing 37 goals and a 1.98 GAA in 2012.  The future looks bright as well, as seven of the team’s 11 regular starters in 2013 were freshmen.