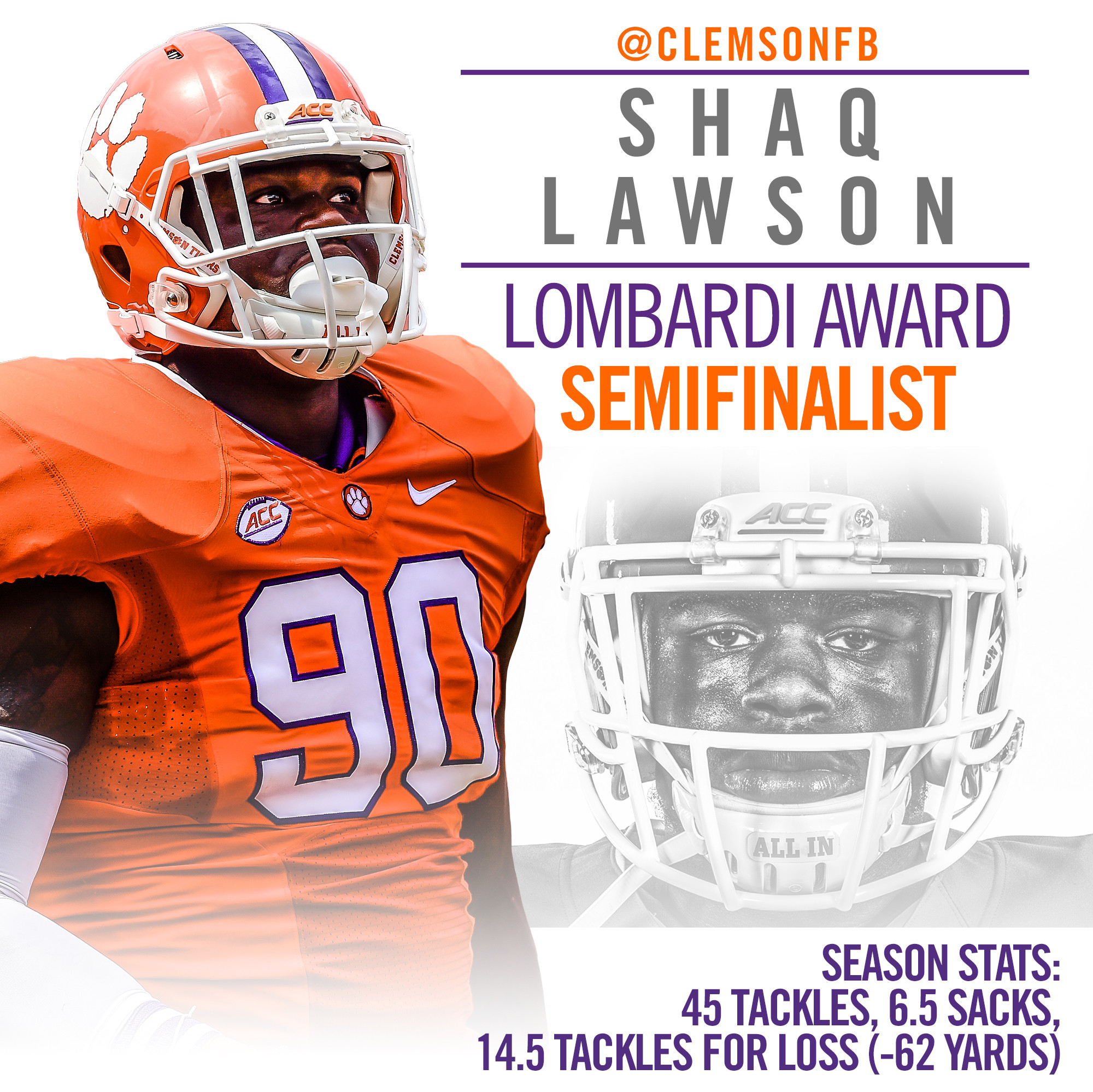 Clemson, S.C.—Clemson defensive end Shaq Lawson has been named a semifinalist for the Lombardi Award.  The Lombardi Award is presented each year to the top lineman or inside linebacker in college football.   This is the second consecutive year Clemson has had someone in the semifinals for the award.  Vic Beasley was a finalist last year.

Lawson has 45 tackles, including 34 first hits this year for the 8-0 Tigers who rank fifth in the nation in total defense.  He has 14.5 tackles for loss and 6.5 sacks.  He ranks ninth in the nation in tackles for loss and 23rd in sacks per game.  He has had at least one tackle for loss in every game this year, including a season high 3.5 in the win over Notre Dame on October 3.

Earlier this week, Lawson was named a semifinalist for the Chuck Bednarik Award, which is presented each year to the top defensive player in the nation.

Clemson, ranked No. 1 in the nation in the first College Football Playoff Poll released on Tuesday, face No. 16 Florida State on Saturday afternoon at Memorial Stadium at 3:30 p.m.