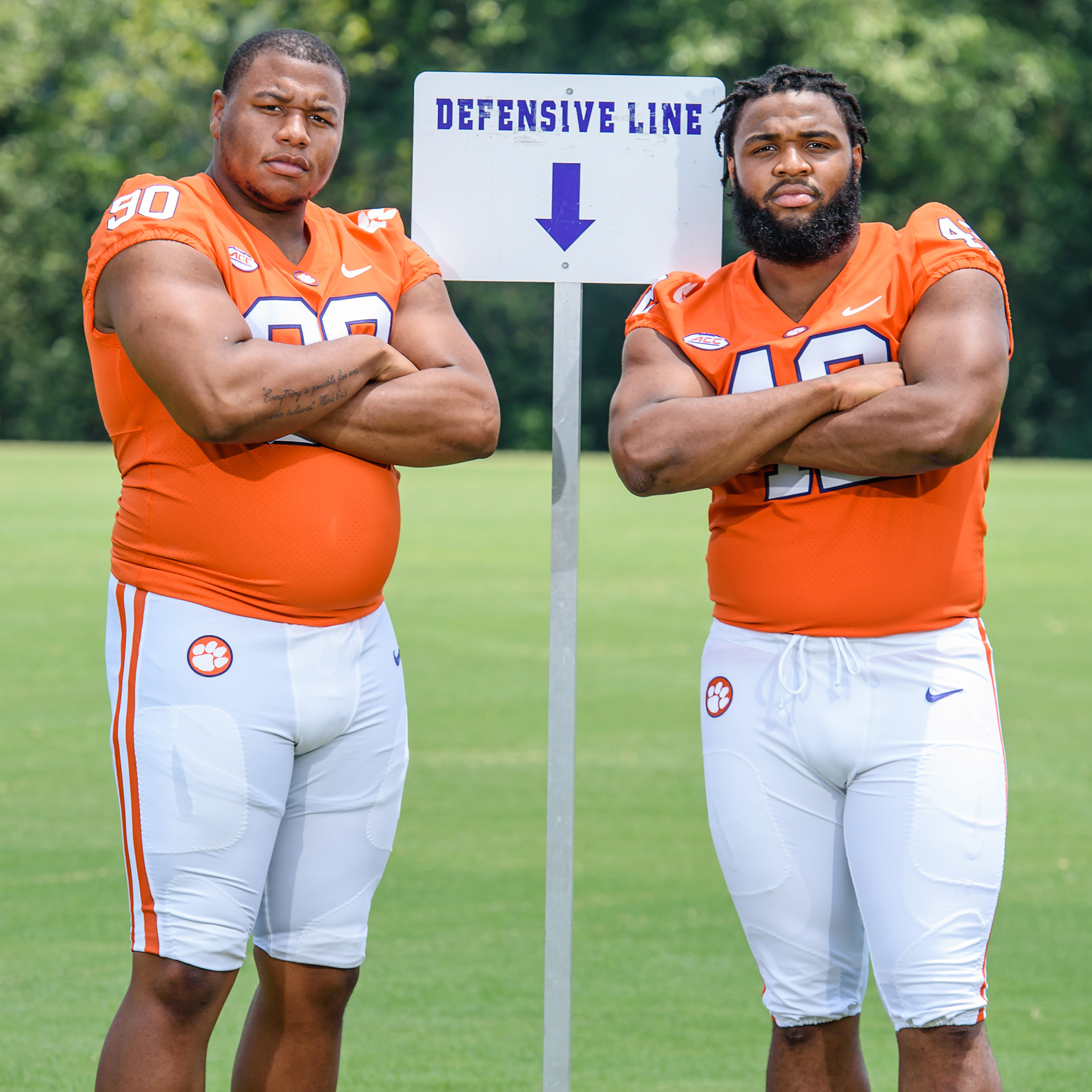 Clemson, S.C.—Clemson starting defensive tackles Dexter Lawrence and Christian Wilkins have both been named to the Associated Press Preseason All-America team. Lawrence was named first-team and Wilkins second-team according to the panel of media from around the nation who vote in the Associated Press poll.

Lawrence was the ACC Freshman Defensive Player of the Year in 2016 when he had 78 tackles, fifth on the team. He had seven sacks, a Clemson true freshman record, and 9.5 total tackles for loss. He added 23 quarterback pressures, second on the team, in playing all 15 games for Clemson’s National Championship team. He was a unanimous Freshman All-American as well.

Wilkins was first-team All-American according to the Football Writers of America and the American Football Coaches Association, a second-team selection by USA Today, Sporting News and Walter Camp, and a third team choice by Associated Press. He was a finalist for the Bronko Nagurski Award.   This year he is a Watch List selection for nine different awards, more than any other ACC player.

Wilkins had 56 tackles from his defensive end position in 2016 and had 13 tackles for loss, 3.5 of which were sacks. The junior from Springfield, Mass. had 10 pass deflections, a school record for a defensive lineman.   Clemson is 28-2 for the two seasons he has been a starter.