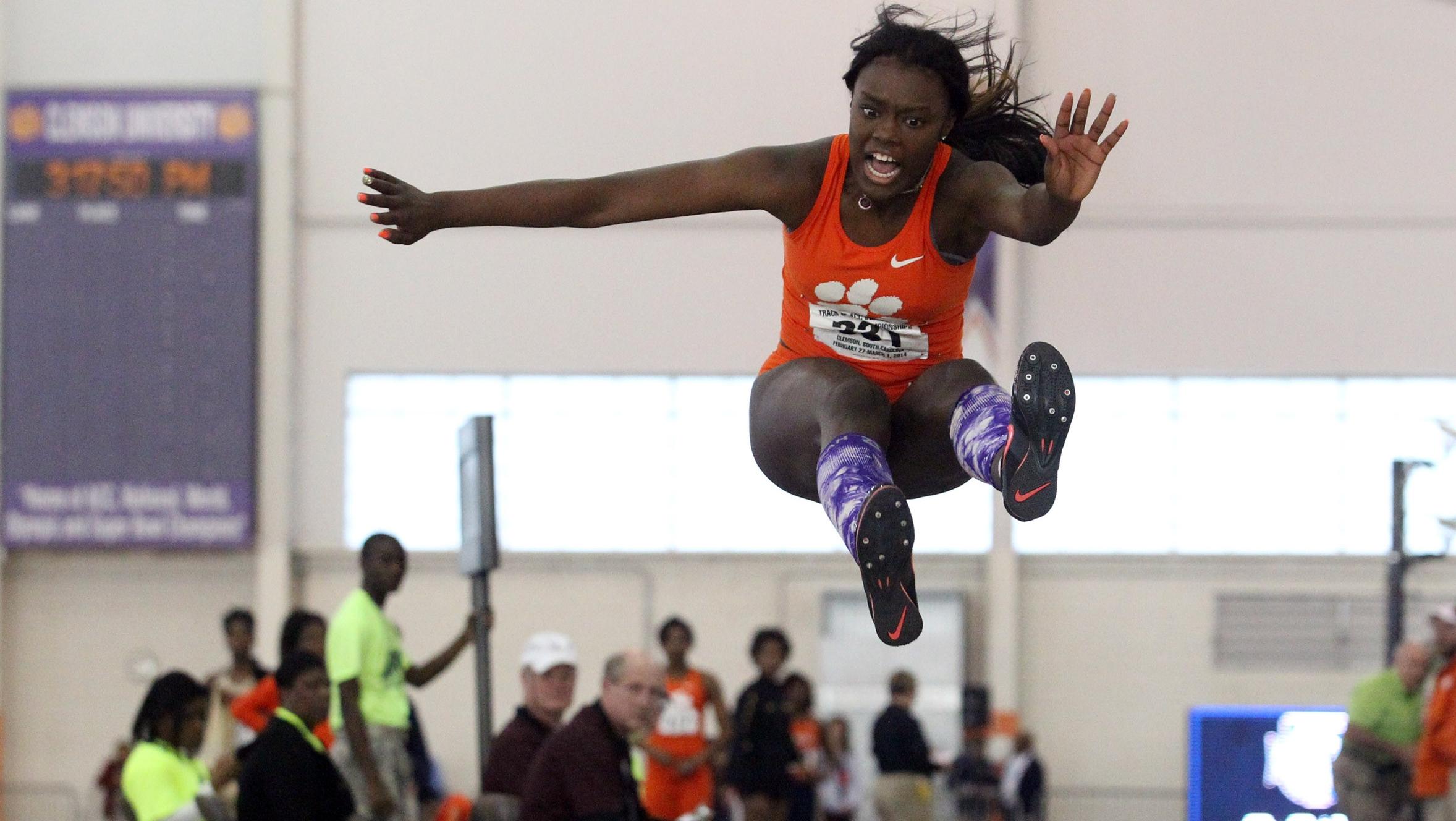 CLEMSON, S.C. – Mimi Land and Tevin Hester both scored points for Clemson on Saturday, the final day of the NCAA Indoor Track & Field Championships from Albuquerque, N.M. Land tied for fifth in the women’s high jump, while Hester collected his second straight seventh-place finish in the men’s 60 meters.

Land had a busy afternoon at the Albuquerque Convention Center, first competing in the high jump and then the triple jump. She came through in the clutch in the first event, clearing the 5’11.5″ bar on her third try. Land later cleared a personal best 6’0.5″, breaking her previous mark of six feet even from the ACC Championships. She should be the first Tiger female to earn first-team All-America status in the high jump when the awards are announced by the coaches association Sunday. In the triple jump, the Tiger sophomore placed 13th out of 16 competitors with a mark of 41’4.5″.

Hester competed in the men’s 60 final a second straight season. The sophomore from Oxford, N.C. posted a solid time of 6.64 against one of the strongest and fastest fields in recent memory. He guarantees himself of first-team All-America honors for a second straight indoor season, and joins Travis Padgett and Jacoby Ford as the third different male Tiger to earn multiple All-America accolades in the 60.