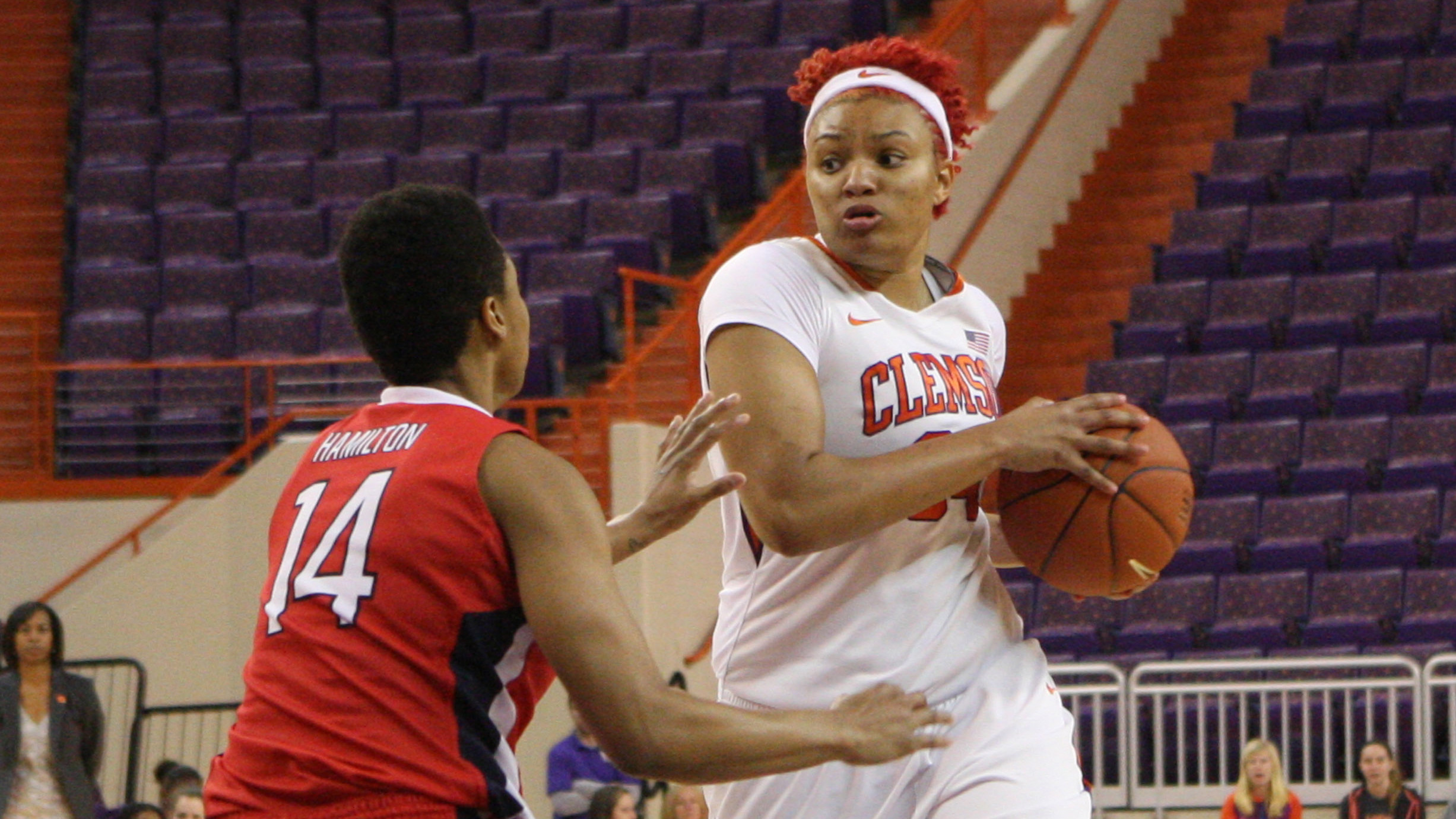 Lady Tigers to Take on Providence on Wednesday Night

CLEMSON, SC – The Clemson women’s basketball team will look for their third win in four outings when they take on Providence (2-7) at the Myrtle Beach Convention Center at 9:00 pm on Wednesday night. The Lady Tigers (2-7) are playing as part of the CresCom Bank Holiday Invitational.

The game will be broadcast live on WCCP-FM after the men’s basketball postgame show following their game with Coastal Carolina earlier in the evening. Fans can tune into the entire game on ClemsonTigers.com.

The Lady Tigers have won two of their last three, shooting better than .500 in both of those wins. They’ll try to take that momentum into a game with the Friars, who bested Clemson in Rhode Island, 73-63, last season, but are 2-7 in their first season under new head coach Susan Robinson Fruchtl.

Clemson has won two of three meetings with Providence, including a win in the NCAA Tournament, and a win in Alaska. All four of the all-time meetings have taken place in different locations.

The Tigers defeated Radford (5-5) on Sunday, dressing just seven players. They’ll have the same complement of players on hand for Wednesday’s contest, which will be the third of three games played in the MBCC that evening.

Despite the thin roster and a week off due to finals, the Lady Tigers showed little rust in the 74-55 win over Radford, shooting .510 and holding the Highlanders to a .292 mark from the floor.

Nikki Dixon leads Clemson offensively at 12.5 points per game. She’s scored 46 points in her last two games, both Clemson victories, and 33 of those points have come in the second half. During that time, she’s taken just one three-pointer, while going 17-28 from the floor and 12-16 from the line.

Nyilah Jamison-Myers was named the ACC Rookie-of-the-Week on Monday after tallying her first career double-double (14 points, 13 rebounds) against Radford.

The Lady Tigers will return home to play Samford on Saturday before breaking for the holidays.