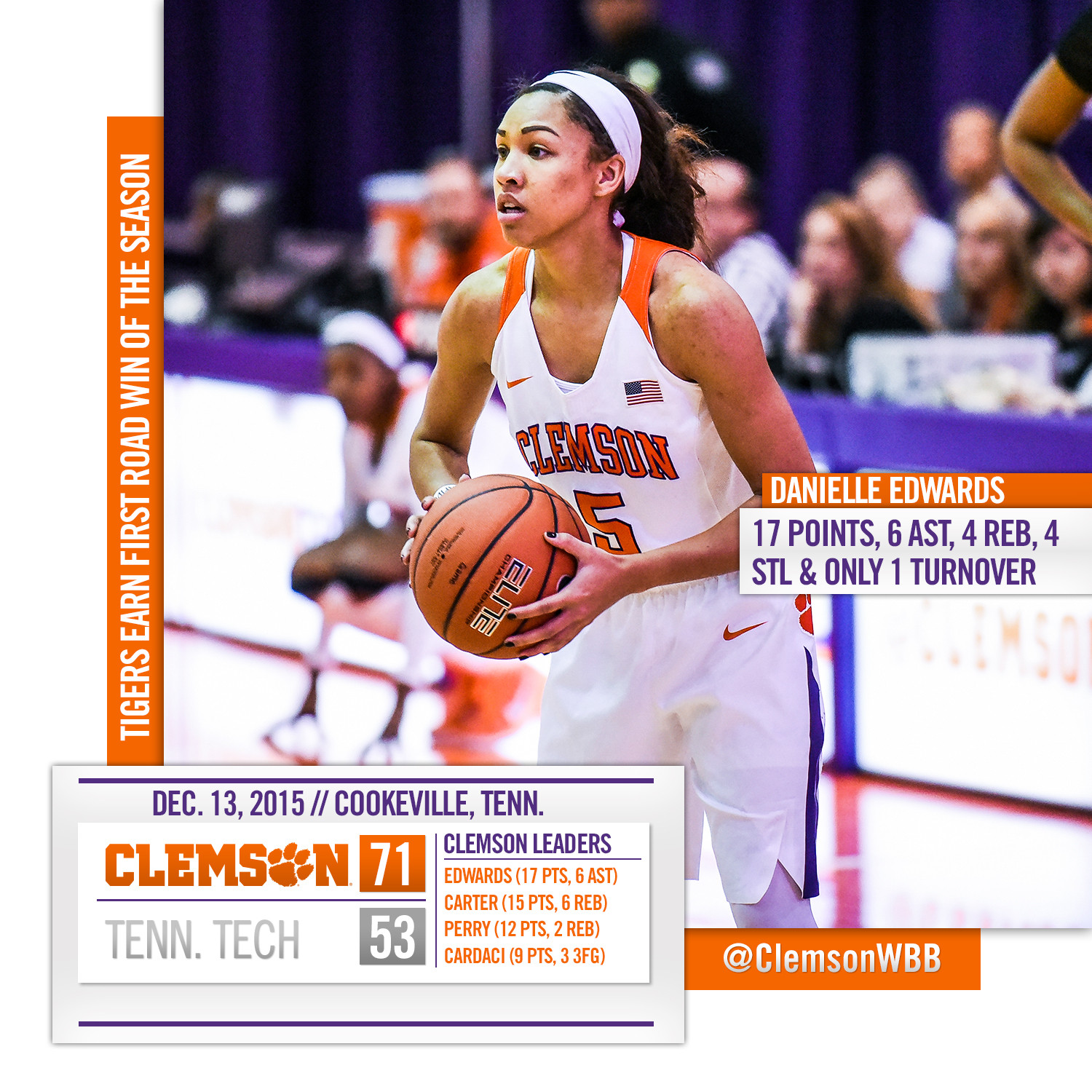 COOKEVILLE, Tenn.- Clemson (3-7) earned its first road win of the season, defeating Tennessee Tech (3-6) Sunday afternoon by a final score of 71-53 at the Eblen Center. Freshman Danielle Edwards helped propel the Tigers to victory, recording 17 points, six assists, four rebounds, four steals and only one turnover in the contest. Sophomore Alexis Carter provided a spark off the bench for Clemson, scoring a career-high 15 points and grabbing a career-high six rebounds.

Clemson began the game on an 8-0 run and led 19-8 at the end of the first quarter. The Tigers forced the Golden Eagles into six turnovers in the first ten minutes of play. Clemson continued to excel on the offensive end in the second quarter, scoring 23 points and shooting 57.1% from the floor. At the half, the Tigers led Tennessee Tech 42-21, Clemson’s largest halftime lead of the season.

Clemson is back in action on Friday, Dec. 18 as they travel to Maine to take on the Maine Black Bears at 7 p.m. 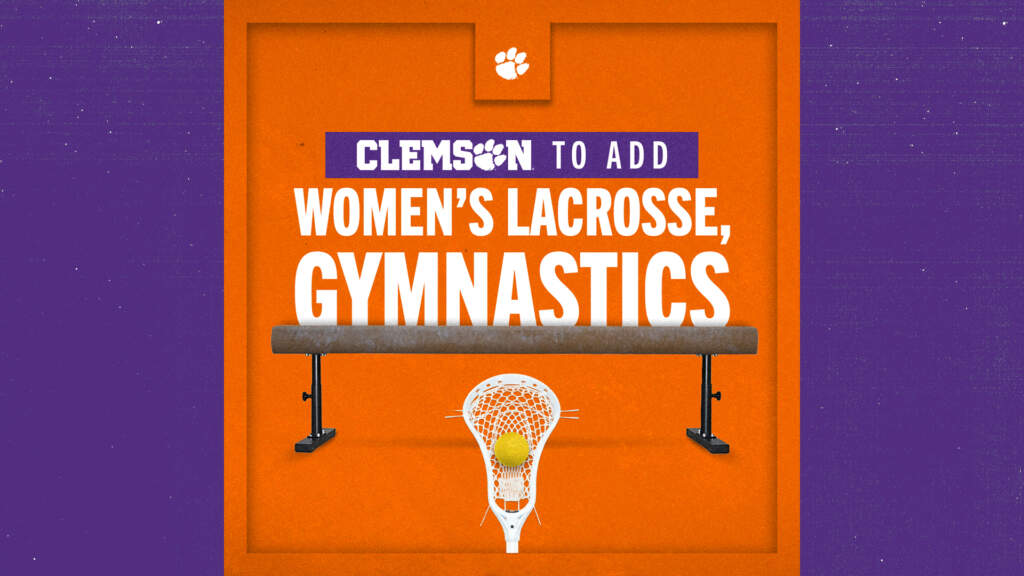