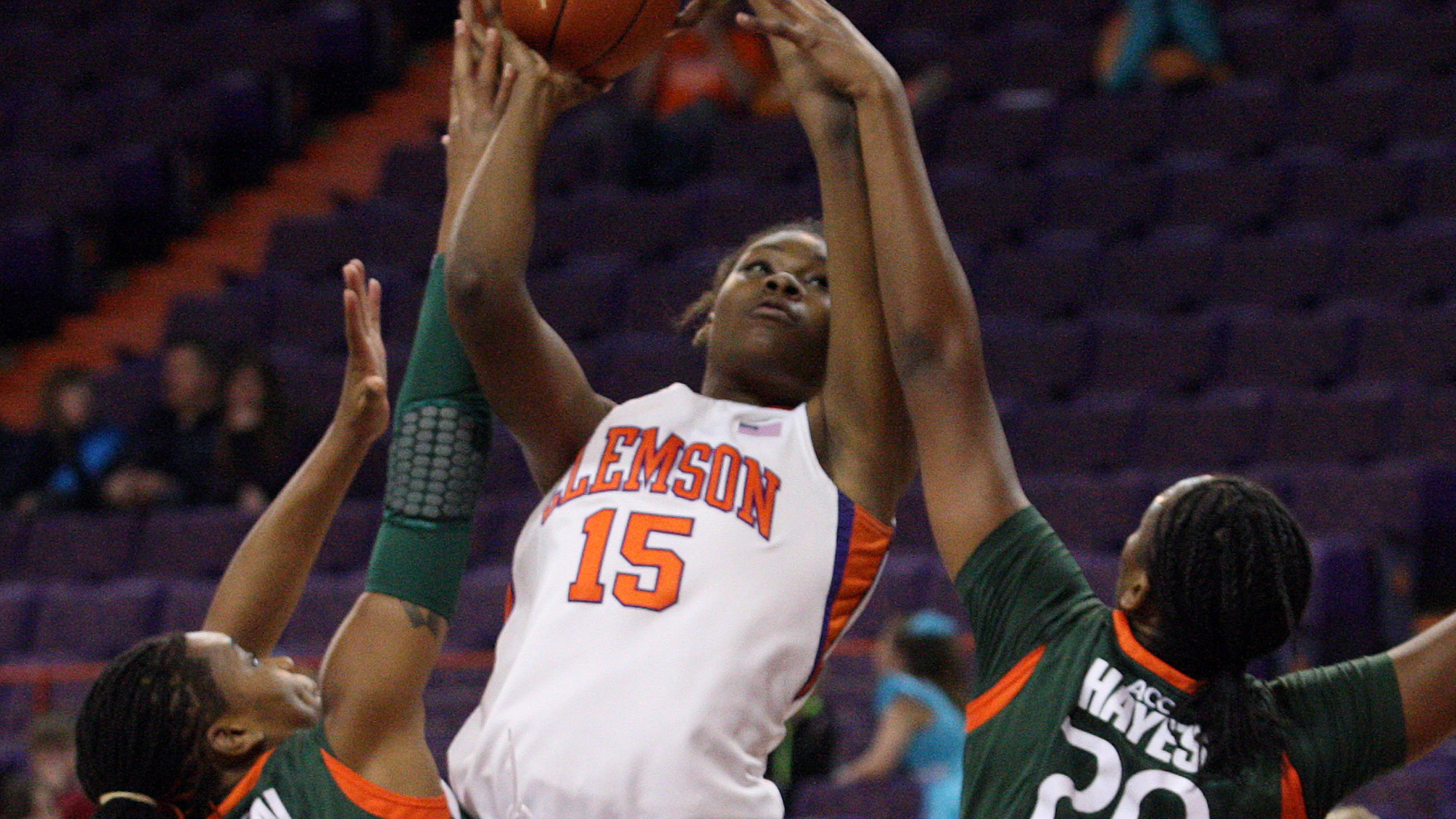 Site: Atlanta, GA (McCamish Pavilion) Date: Thursday, February 28, 2013 Time: 7:00 PM Video not available Radio: CTSN; ClemsonTigers.com; ClemsonTigers App; (Don Munson, Kanetra Queen) Livestats: ClemsonTigers.com CLEMSON, SC – The Clemson women’s basketball team will play at Georgia Tech (13-14, 6-10 ACC) in their first-ever meeting at McCamish Pavilion on Thursday at 7:00 pm. This will be the 70th meeting between the programs all-time, with Clemson (9-18, 5-11 ACC) owning a 42-27 lead, but the Jackets have claimed seven straight victories in the series.  Clemson and Georgia Tech are tied for the second-longest winning streak in the conference with three straight victories entering this contest. The Lady Tigers can move into a tie with Tech in the standings with a win on Thursday.  The Lady Tigers have three ACC road wins this season, the most since 2007-08.  Due to the time conflict with the men’s basketball game, the contest will be broadcast on the web at ClemsonTigers.com or on the ClemsonTigers official app. Live stats links will be available online, and periodic game updates will be available courtesy of the official women’s basketball twitter account, @CLEMSONWBB.  The three-game winning streak is the second of the season for the Lady Tigers, and the first in conference play. Clemson has claimed wins over Virginia Tech (H, 51-46), Virginia (H, 64-62), and Boston College (A, 64-61). In order to extend it to four, they’ll have to take down the Jackets, who won in Littlejohn on Jan. 6, 81-59. The Lady Tigers will have their hands full with current ACC Player of the Week, Ty Marshall, who scored 64 points in two games last week, including 37 in a win over Miami. On the season, she’s second in the ACC at 18.2 ppg.  Nikki Dixon leads Clemson offensively at 13.1 ppg, and she’s followed closely by Quinyotta Pettaway, who’s averaging 10.8 ppg and 8.9 rpg. Pettaway scored 21 in Clemson’s win at BC, while Dixon scored 19 points.  Clemson will likely look to play inside-out. Georgia Tech commits 21.3 fouls per game on the season, the most of any team in the nation. Clemson holds an 8-2 mark on the season when getting to the line more times than their opponent. In Clemson’s game at Boston College, all 16 of Clemson’s free throw attempts came from post players, while Dixon and Aisha Turner nailed several key perimeter jumpers.  After playing Georgia Tech, Clemson will have just one more regular season game, a 2:00 pm showdown with NC State on March 3 in Littlejohn Coliseum. The ACC tournament begins in Greensboro, NC on March 7, and Clemson’s two remaining games are both against teams within one game of the Lady Tigers.