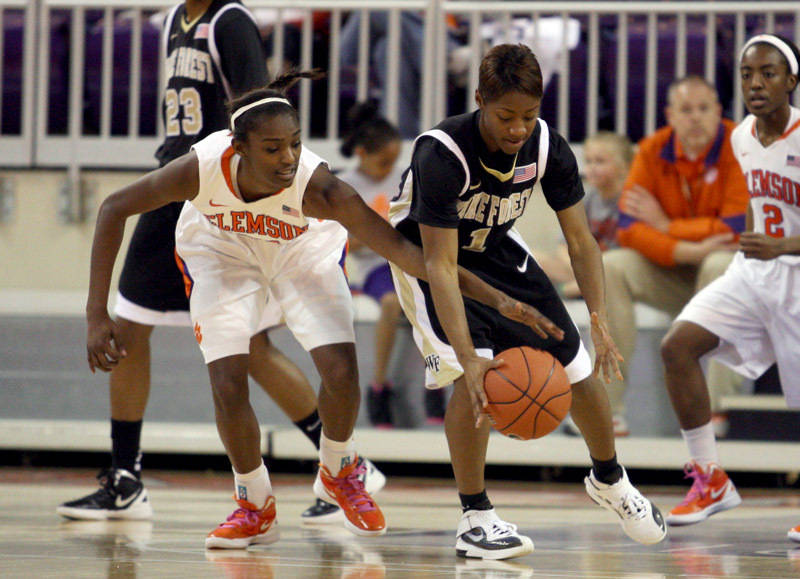 CLEMSON, SC – The Anderson Trojans stunned the Lady Tigers in a basketball exhibition in Littlejohn Coliseum on Friday, downing Clemson by a 72-65 score. The game result does not count for either team toward their regular season record.

The Trojans outscored Clemson, 46-32 in the second half, erasing all of Clemson’s 16-point first half lead in the process.

The Lady Tiger defense was strong in the first half, allowing the Trojans to hit just .267 percent of their shots from the field, while hitting .414 of their shots. In the second half, the Trojans shot .563, while Clemson shot .294, and were just 9-20 from the line.

Nikki Dixon led all players with 24 points on 8-17 shooting. She also added nine rebounds. Both of those totals would have been regular season career-bests. Alissa Diaz had 21 points for Anderson to lead the Trojans.

Quinyotta Pettaway also played well, scoring 14 points and grabbing 19 rebounds, which would have been the most in a game since 1990, when Jackie Farmer had 20. Freshman Danaejah Grant had 14 points for the Tigers, who saw three players foul out.