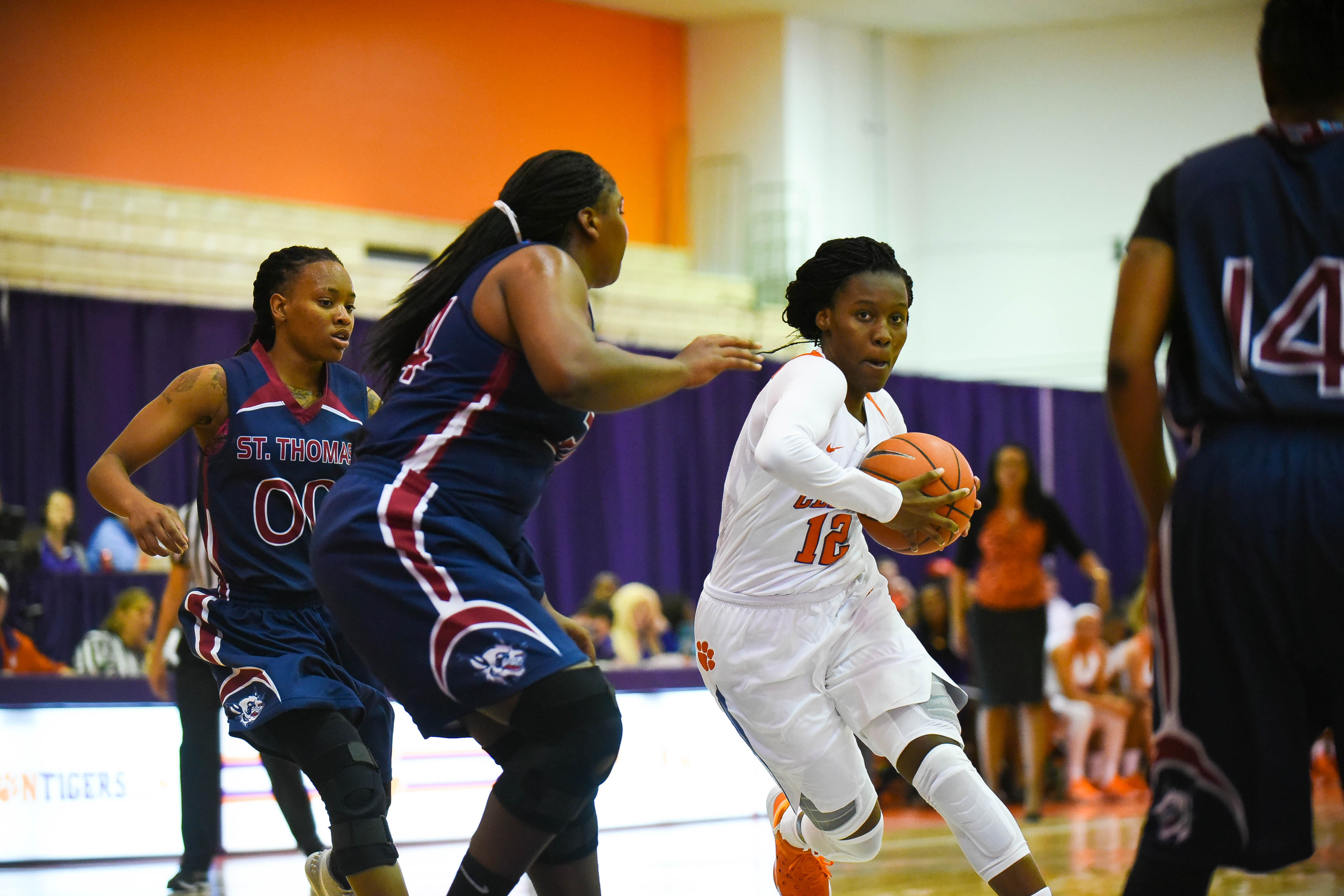 CLEMSON, S.C.- Sophomore Nelly Perry and freshman Aliyah Collier combined to score 40 of Clemson’s 63 points, but their efforts were not enough as Clemson (4-15, 0-6 ACC) fell to Georgia Tech (12-8, 2-5 ACC) by a final score of 76-63 on Sunday afternoon in Jervey. Georgia Tech’s Aaliyah Whiteside scored 31 points, tying her career-high.

The Tigers came alive in the second quarter, exploding on a 7-2 run in the final two minutes before halftime, as Perry scored the final five points of the half for Clemson. At the intermission, Clemson had cut Georgia Tech’s lead to only six points at 36-30.

Clemson picked up right where they left off in the third quarter, beginning the second half on an 18-8 run and taking a 48-44 lead with 5:14 remaining in the third. However, Alexis Carter was called for a technical foul at the 3:13 mark, which afforded the Yellow Jackets two free throws and the ball. Whiteside knocked down two free throws which kick started a 12-2 Georgia Tech run. The Yellow Jackets held a 58-50 lead heading into the fourth quarter.

Georgia Tech maintained their lead throughout the fourth quarter. Clemson cut the lead to six points with 4:51 remaining in the game but the Yellow Jackets knocked down six free throws in the final two minutes of the game to seal the victory.

“We have to use this game as positive reinforcement and if we play like this every night we will continue to win ball games and get better. There is a lot of basketball left to play. I’m proud of the way these kids fought tonight and we will build on this going forward,” Head Coach Audra Smith said following the game.

Clemson returns to action on Thursday, Jan. 28 at 7 p.m. as they travel to Kentucky to take on the Louisville Cardinals. The contest will air on ESPN3.