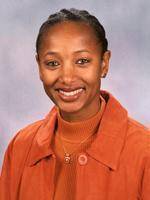 Lady Tigers Set for ACC Outdoor Meet Clemson will begin competition at the 2006 ACC Outdoor Championships on Thursday, April 20 in the hammer throw. Three Lady Tigers will be entered in that event.

In the long jump, Tonya Nwankwo will compete for Clemson. The two will join Miyamoto and Michelle Rogers in the triple jump as well. Anni Korhonen are entered in the high jump.

In the pole vault, Beth Jordan and Krissy Thompson are Clemson’s entries.

Sierra Hill has qualified regionally in the 400m intermediate hurdles for the second straight year. She ran 1:00.45 at the Yellow Jacket Invitational.

For the second straight year, Miyamoto has regionally qualified in the triple jump. She posted a mark of 40’7.75″ at the Clemson Relays. Michelle Rogers matched that effort at the Solid Orange Classic with her second straight East Region qualifying effort.

Two student-athletes from Clemson have regionally qualified in the hammer throw. Freshman Della Clark also has qualified in that event, posting a toss of 180’11” at the Clemson Invitational.

In the javelin, Krystal Woods has qualified for the first time in that event. She is a two-time regional qualifier in the discus throw. Woods threw the javelin 144’7″ at the Clemson Relays for her top mark ever in that event.

The Lady Tigers’ most recent runner-up finish was in 2001, the first year under current head coach Marcia Noad. That year, Clemson took home 11 event titles. Moton won the shot put, discus, and hammer that season. Cydonie Mothersill claimed stake in four titles, winning the 100m, 200m, 4x100m, and 4x400m relay. She was named Most Valuable Performer at the meet, one of six times a Clemson student-athlete has earned ACC Outdoor MVP honors.