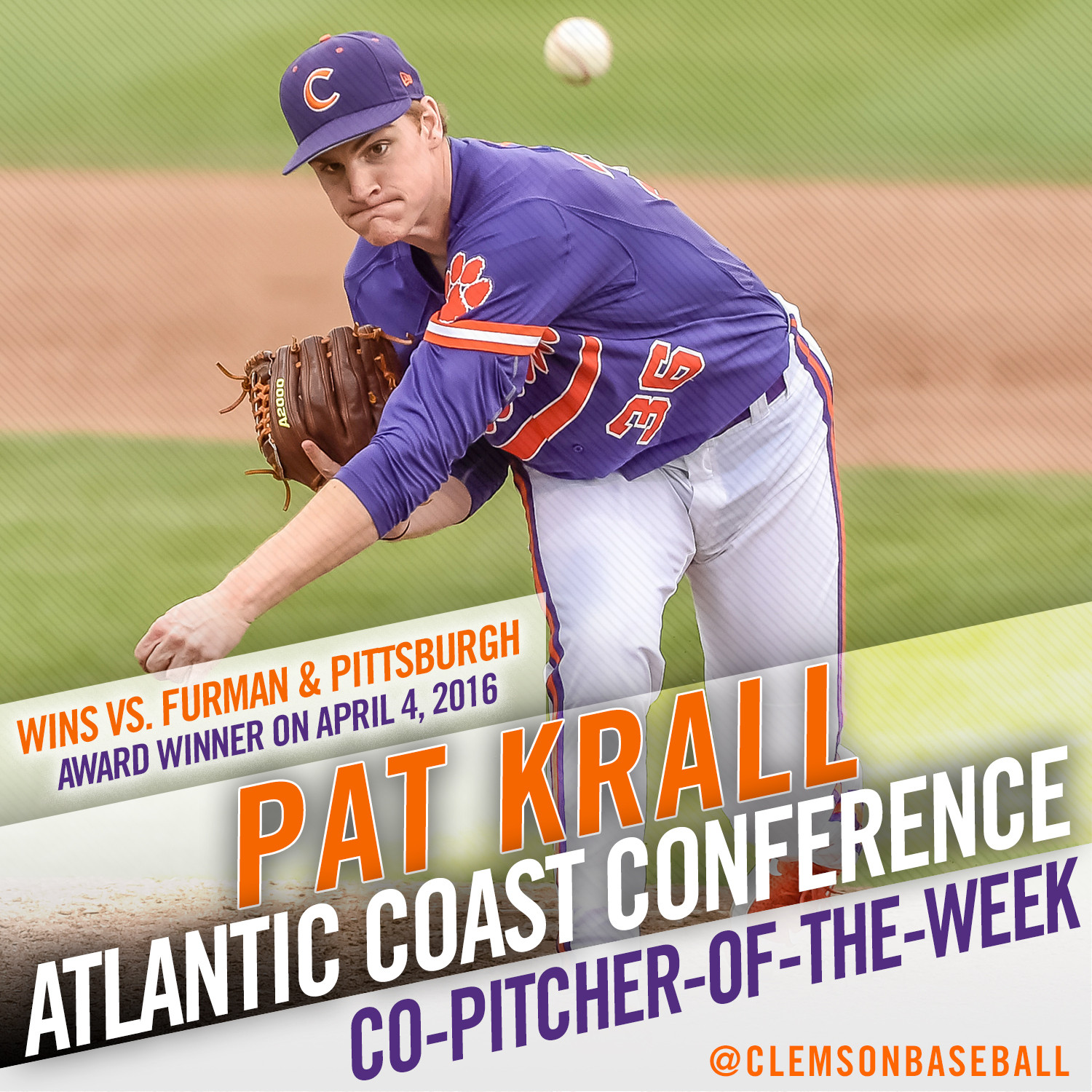 In his two relief appearances, he pitched 8.0 innings, allowing just four hits, no runs and one walk with five strikeouts. At Furman on Tuesday, he pitched the final 3.2 innings to earn the win. Then on Sunday against Pittsburgh, he held down a potent Panther lineup, giving up just one hit, no runs and no walks with two strikeouts in the final 4.1 innings pitched to earn the win in Clemson’s 4-3 series-clinching victory.

On the season, the junior from Downingtown, Pa., is 3-0 with an 0.56 ERA and a .174 opponents’ batting average while allowing only five walks with 32 strikeouts. His ERA is third best in the nation as well.