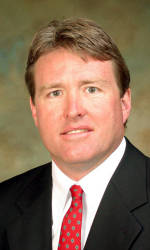 “I want to thank the Clemson administration, coaching staff and most of all the student-athletes for a great four years,” said Koenning. “This is an outstanding program and a great place to live. I am proud of what we accomplished this year and over the last four years.

“I want to thank Tommy Bowden and Dabo Swinney. I enjoyed working for Coach Bowden the last three and a half years. He brought me to Clemson and I appreciate the opportunity. And, it was a great run with Coach Swinney the last seven weeks. He will do well at Clemson.

`It was a great experience here, but I was not certain of my role past the bowl game, so I think this is a good time for me to pursue other coaching opportunities.”

This season, Clemson’s defense led the ACC in scoring defense and ranked ninth in the nation by allowing just 16.6 points per game. The unit was also 12th in the nation in pass defense, 11th in pass efficiency defense, tied for eighth in interceptions and 16th in total defense. It is the fourth consecutive year that Clemson has ranked in the top 25 in all of those categories in the same year.

Among the players Koenning coached was Clemson first-team All-ACC safety Michael Hamlin, who ranks sixth in the nation in interceptions this year and third in school history in career interceptions.

“I want to express my gratitude for what Vic Koenning did for this program the last four years, and especially over the last seven weeks,” said Head Coach Dabo Swinney. “The defensive numbers we have recorded the last four years speak for themselves.

“Vic is a tireless worker, and has the ability to get the most out of his players. They have great respect for him and I know that means a lot to him. He has had a very positive impact on this program and will be missed.”