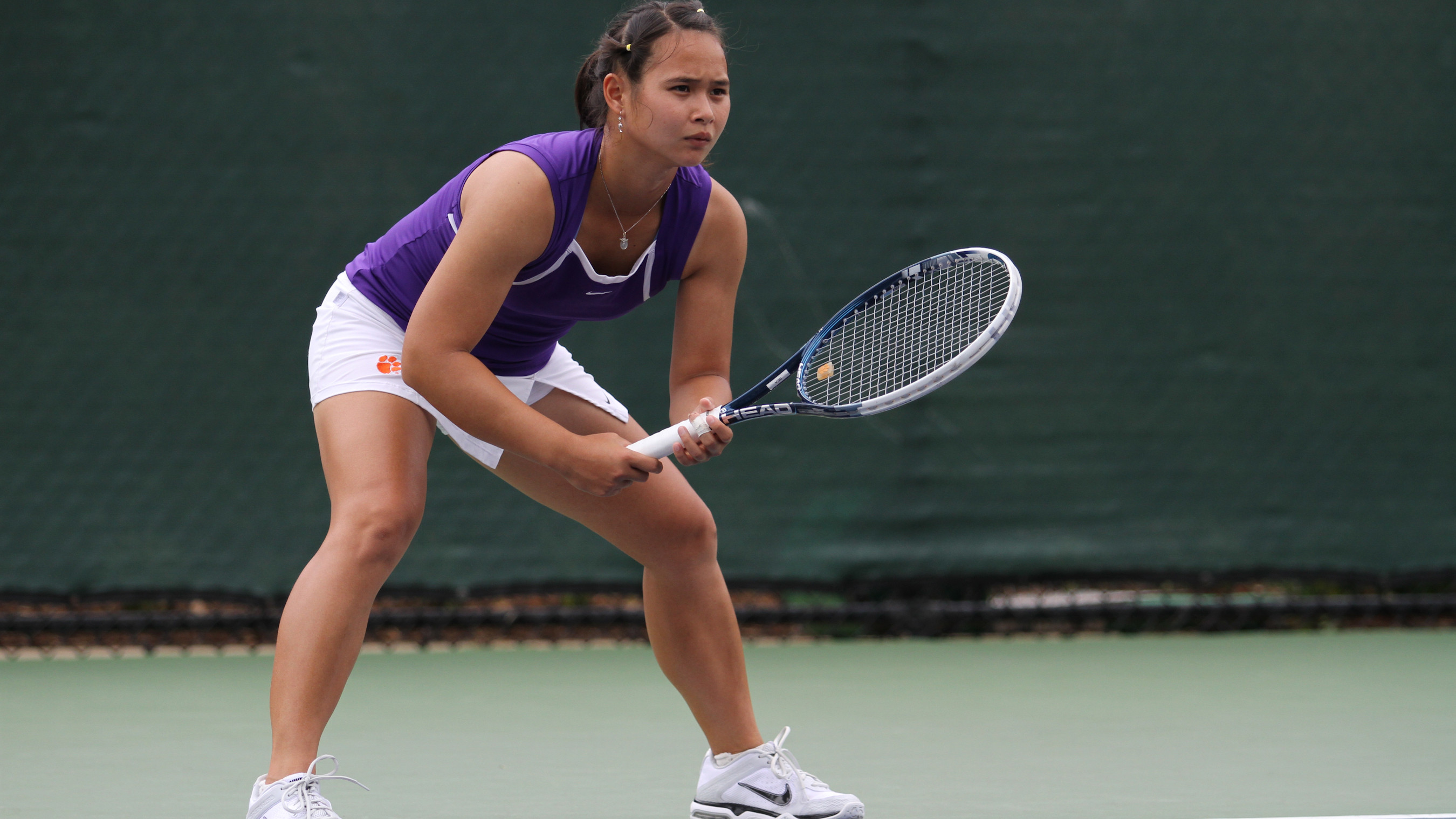 PACIFIC PALISADES, CA – Clemson junior women’s tennis players Beatrice Gumulya and Romy Koelzer were eliminated from the Qualifying singles draw on Tuesday night at the Riviera/ITA All-American Championships in Pacific Palisades, CA.  Koelzer, who qualified for the draw by virtue of winning three matches in the pre-qualifying rounds, was knocked out by Georgiana Pastrac of Mississippi State. Koelzer fell, 6-3, 6-4, ending her run.  Gumulya, who arrived in California on Sunday after participating in the Furman Fall Classic on Friday and Saturday, was taken down by Belinda Woolcock of Florida. The Tiger junior, who went 26-6 last season and advanced to the NCAA Singles second round, dropped the first set in a tiebreak, and would go on to lose the second set, 6-2.  Gumulya will remain in California, as she and Yana Koroleva will take on No. 29 Sanon and Vaidya of Columbia in the Main Draw doubles tournament at 1:30 pm eastern on Thursday.  Koroleva, the No. 6 singles seed in the tournament, will play a qualifier in the Main Draw singles, on Thursday afternoon after her doubles match.  Wednesday results: Georgiana Pastrac (Miss. St.) def. Romy Koelzer (CU), 6-3, 6-4 Belinda Woolcock (FLA) def. #34 Beatrice Gumulya (CU), 7-6(3), 6-2