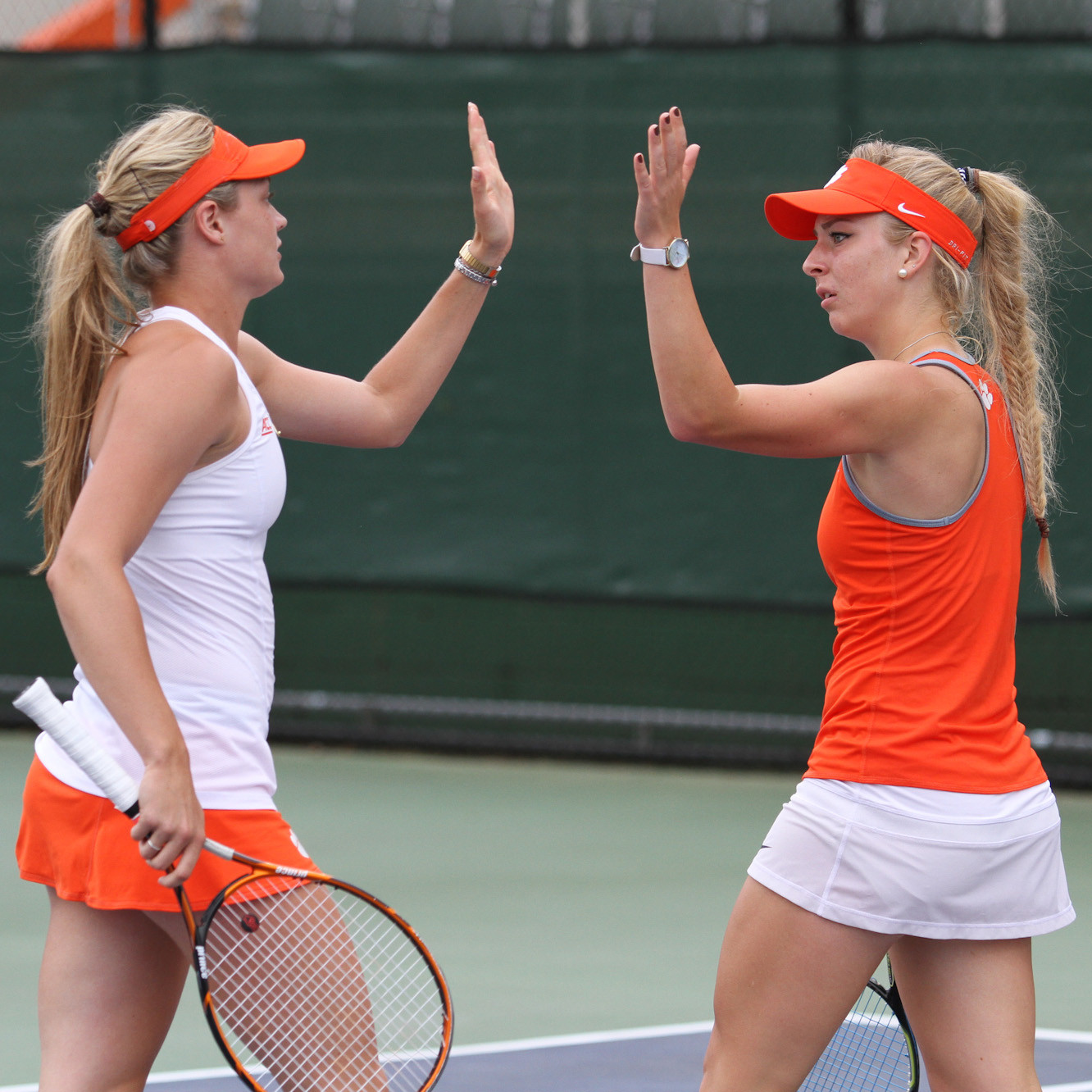 CLEMSON, S.C. – Clemson women’s tennis players Romy Koelzer and Joana Eidukonyte were honored by the Intercollegiate Tennis Association as announced by the association on Tuesday evening.

Koelzer, a senior, was named the ITA’s Most Improved Senior Player of the Year for the Carolina region, comprised of teams from North Carolina and South Carolina. Koelzer is 20-11 on the season, 15-10 in dual matches, and was 10-3 in ACC regular season play in 2015. She played all but three of her 25 dual matches in the number-one singles spot for the Tigers this season. The native of Betzdorf, Germany is ranked 36th in the latest ITA poll. She has played 15 opponents ranked in the top 100 and has won seven matches, including a victory over the top player in the country, Virginia’s Julia Elbaba, on March 1. Koelzer was named First-Team All-ACC in 2015, after receiving a Third Team All-ACC nod last season.

Eidukonyte was named the Carolina region’s Player to Watch for 2015. The junior is 35-6 on the season in singles matches, tied for eighth most singles win in a season in Clemson history. She is currently ranked 12th in the nation. Eidukonyte, the Collegiate Clay Court Invitational Champion last fall, is 11-6 in matches against players ranked in the top 100. The native of Vilnius, Lithuania was named First Team All-ACC for her performance this season.

Koelzer, Eidukonyte and the rest of the Clemson team play No. 4 Vanderbilt Friday at 5 p.m. in the NCAA Sweet 16 in Baylor, Texas.