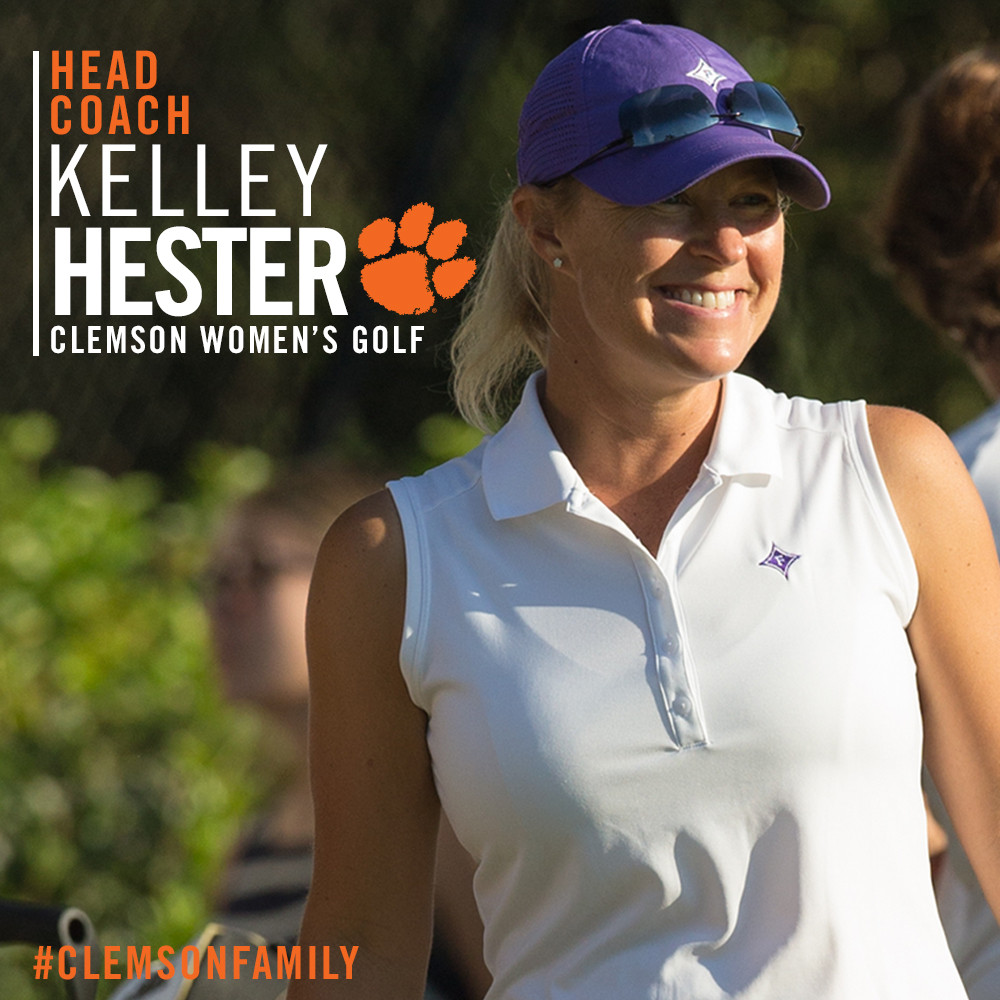 “We are excited to welcome Kelley into the Clemson family as the head coach of our women’s golf program,” said Director of Athletics Dan Radakovich. “Throughout her career, her student-athletes have achieved the highest levels of success on the course and in the classroom. We feel her commitment to maintaining that standard is second to none, making her a perfect fit to lead a program we strongly believe can compete for championships in the near future.”

Throughout her coaching career, Hester has recruited and developed some of the top talent in today’s game. From 2005-08, Hester coached Stacy Lewis at the University of Arkansas where she was the 2005 SEC Freshman of the Year, 2007 National Champion and 2008 SEC Championship Individual Medalist and Player of the Year. Breaking onto the LPGA Tour in 2009, Lewis has won 11 LPGA events, two of which being majors.

“I am tremendously grateful for the opportunity Director of Athletics Dan Radakovich, Natalie Honnen and the Clemson administration has given me to lead this program,” said Hester. “I’m confident this is a program with a very bright future, I’m looking forward to hitting the ground running.”

While claiming her first SoCon Championship in 2015, five of Hester’s student-athletes were honored on the All-SoCon Team, while three of her newcomers were named to the SoCon All-Freshman Team. Prior to the 2015 season, Hester led Furman to consecutive second place finishes at the SoCon Championships.

Before joining Furman, Hester was the head coach of her alma mater at the University of Georgia for five seasons after five years at Arkansas and one year of starting the program at UNLV.

In her time at Georgia, the Bulldogs made five-straight NCAA Regional appearances and went on to place 10th and 15th at the 2008 and 2009 NCAA Championships, respectively. In 2009, Hester was named the LPGA National Coach of the Year. Along with her team’s consistent success, Hester recruited, coached and developed Marta Silva Zamora, who was named National Player of the Year in 2011.

Hester was a four-year letterwinner and three-time All-Southeastern Conference selection for Georgia from 1993-96. She was a member of Georgia teams that placed fourth at the 1993 NCAAs and captured the 1993 and 1994 SEC championships. Individually, she recorded 21 top-20 finishes in 40 tournaments during her four-year career.