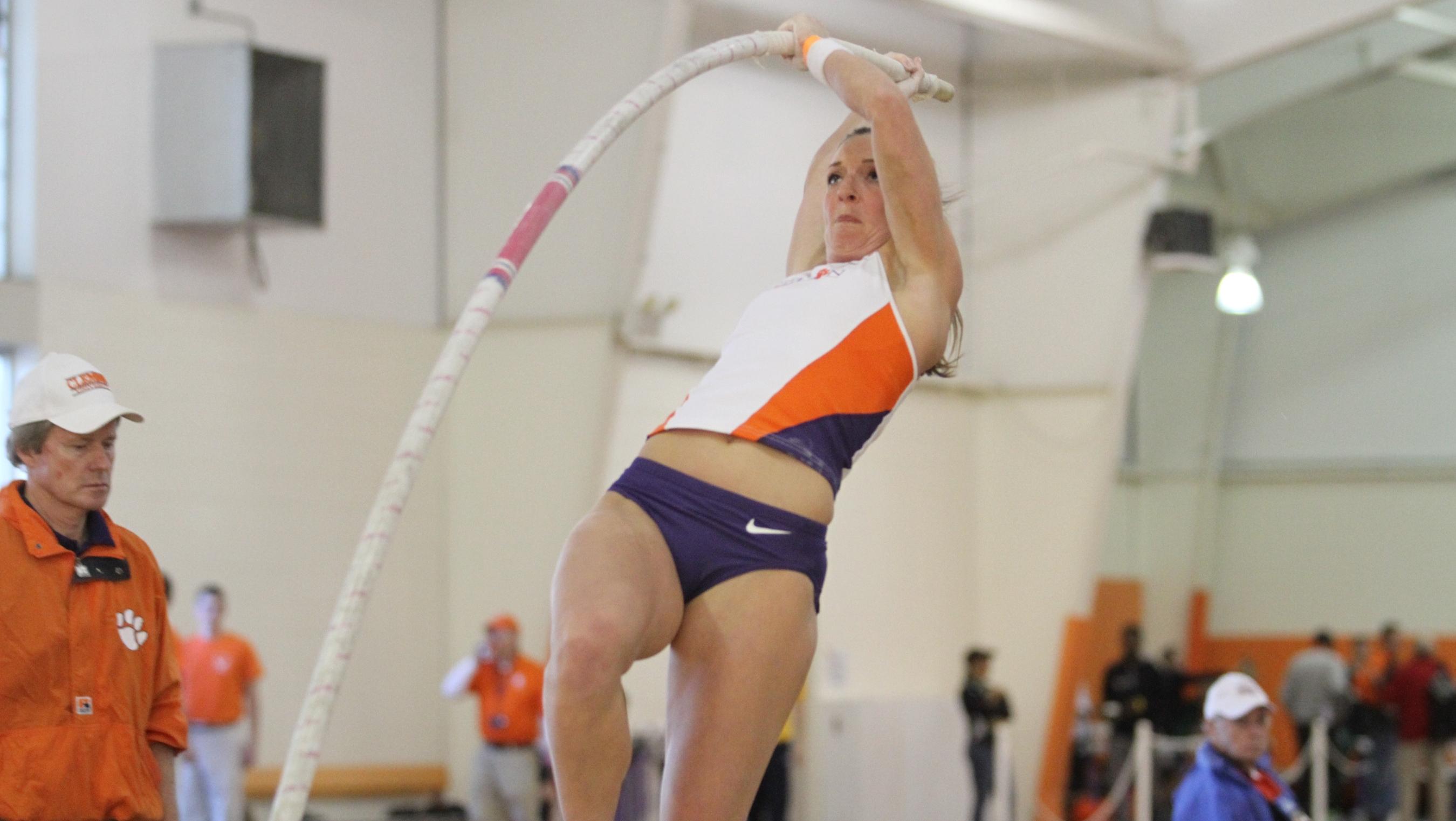 Jumpers Lead on Day One of Bob Pollock Classic

CLEMSON, SC – Lauren Terstappen had a season-best to tie for the win in the women’s pole vault Friday to lead Clemson track & field’s efforts at the Bob Pollock Classic. Her victory was one of seven top-five finishes by Tiger athletes in the jumps Friday, highlighting the first day of action at Clemson’s final home indoor meet prior to next month’s ACC Championships.

Jameel Abdul-Mateen competed against two of Clemson’s best long jumpers over the last 10 years, George Kitchens and George Fields. Kitchens, the reigning USA Champion, only hit one legal mark before suffering an injury in the preliminary round. Fields went on to finish second, with Abdul-Mateen fourth after a season-best 24’1″ jump. Whitney Fountain added a runner-up effort in the women’s long jump, as she connected on a leap of 19’2″.

In the men’s pole vault, freshmen Aaron Owens and Grant Krieger both cleared the bar at 15’3″ to notch top-five finishes.

Clemson had few competitors on the track Friday. Most of the Tigers’ action will come Saturday. Nia Fluker was one who did compete, and the Tiger junior turned in a winning time of 2:13.09 to outlast teammate Lindsey Bellaran. Fluker primarily ran the 400 her first two years at Clemson. Josh Davis won the unseeded men’s 800 for the Tigers.

Zack McDermott is competing in his first collegiate heptathlon. The freshman from the Garden State is seventh after day one, amassing 2,364 points with three events to go.

The meet resumes Saturday morning. The first events are the women’s 5000 meters and women’s shot put at 10 a.m. Live scoring is available at TimingInc.com.