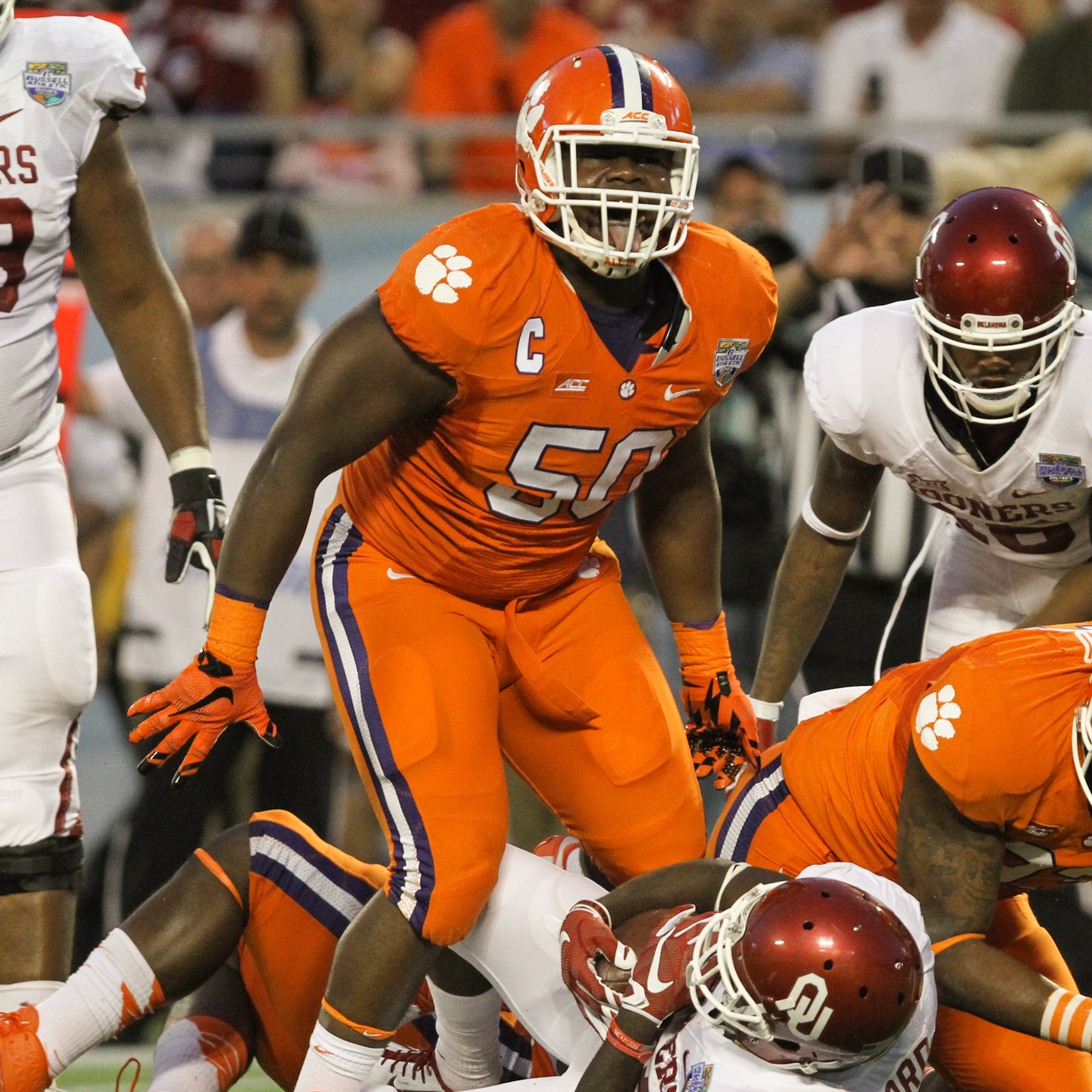 Defensive tackle Grady Jarrett faced very unfortunate circumstances on NFL Draft weekend as a fire broke out at his childhood home in Georgia where he celebrated with family and friends. Fortunately, everybody got out of the house safely as responders arrived within ten minutes.

Robert Klemko, a writer for Sports Illustrated’s Monday Morning Quarterback, wrote a column on Jarrett’s draft selection in the midst of adversity he was faced with.

“We ran out of the house,” Grady says. “It was uncontrollable. Just to watch a piece of your house on fire, it’s a feeling of hopelessness. You can’t do anything but pray to God and hope it doesn’t spread.”

Jarrett was drafted in the fifth round (137th overall) by the Atlanta Falcons, a team that his father, Jessie Tuggle, played for from 1987 to 2000. Tuggle also had the distinction of announcing his son’s draft selection for the Falcons, and Jarrett couldn’t be any happier, despite the unfortunate circumstances leading up to his selection. The support for Jarrett has been great, as Falcons owner Arthur Blanks immediately voiced his support for their new rookie defensive lineman by getting him some new gear, as the room that the fire started in contained most of Jarrett’s football paraphernalia.

Jarrett will also be reunited with former Clemson teammate Vic Beasley, who was drafted in the first round (8th overall) by the Falcons. The damage done to the house can be salvaged, and is expected to take around six months to repair.

You can see Klemko’s story on Jarrett here.