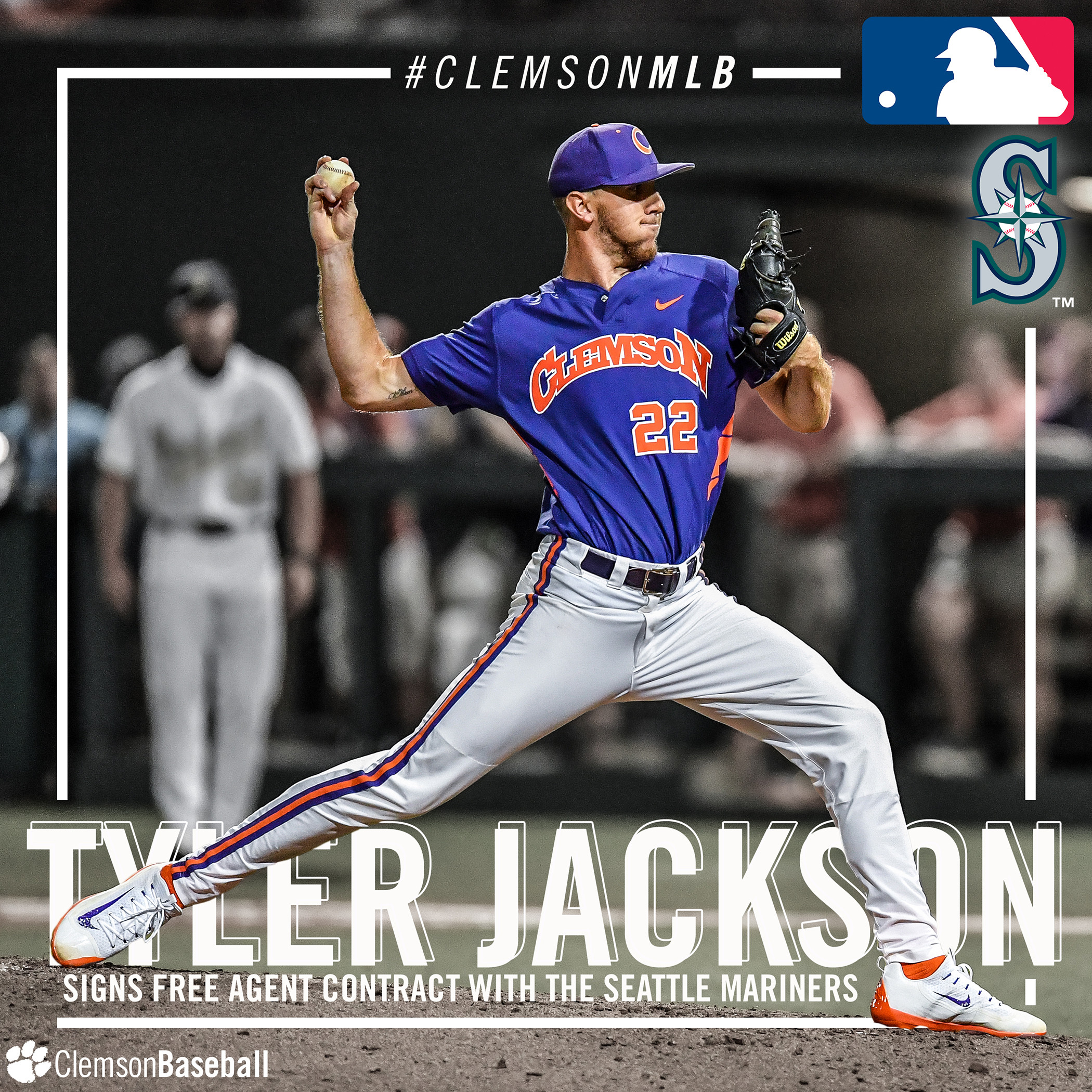 The graduate transfer, who played his final season at Clemson in 2017, had a 9-1 record, 3.56 ERA, .249 opponents’ batting average and 68 strikeouts against only 10 walks in 83.1 innings pitched over 19 appearances (13 starts). His 1.08 walks per nine innings pitched set the Clemson single-season record, while his 6.80 strikeout-to-walk ratio was third best in Tiger history. He tied for third in the ACC and led the team in wins, as Clemson was 13-0 in his 13 starts.

Jackson made his 13th start of the season in the Clemson Regional against Vanderbilt on June 4 and pitched a two-hit shutout in the Tigers’ 6-0 victory. He became the first Tiger since 2005 to toss a shutout in an NCAA Tournament contest.