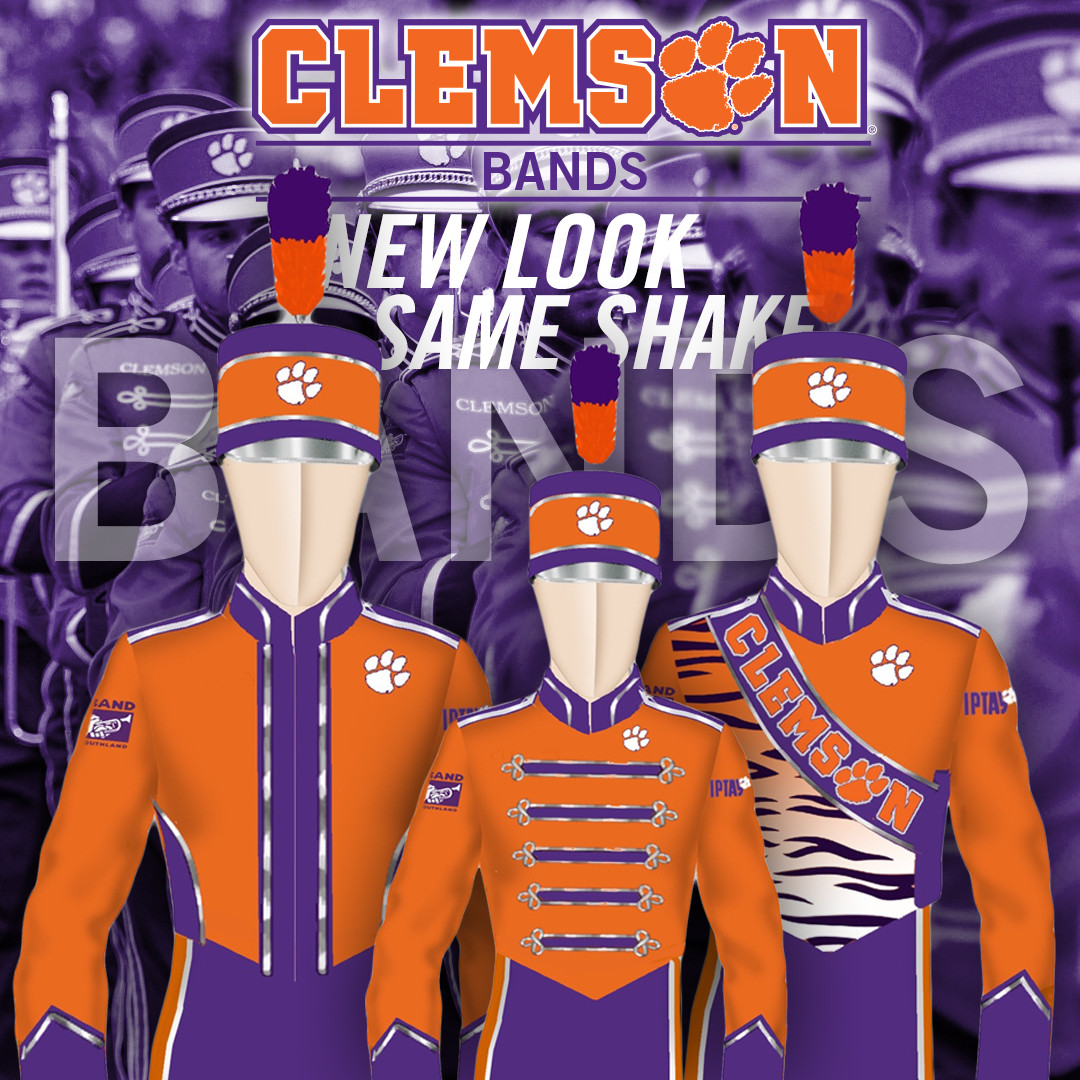 CLEMSON, S.C. – Continuing a partnership dating back several decades, IPTAY provided funds for the purchase of more than 350 multi-use uniforms to the Clemson University Tiger Band this summer. The new uniforms debut at Clemson’s season-opening football game at Georgia on August 30.

“IPTAY has always supported the Tiger Band through various ways, and has traditionally provided the band with uniforms for its football performances,” IPTAY CEO Davis Babb said. “This significant commitment continues a long history of IPTAY’s appreciation for what the best band in the nation provides to our fans and donors.”

The highly-versatile uniforms feature three distinct looks: 1) a cadet front based on Clemson’s 1893 student uniform; 2) a cadet front based on Clemson 1905 student uniform and 3) a contemporary tiger stripes front. These looks can be mixed and matched according to performances of Tiger Band reflecting both the traditional aspects of the band (such as pre-game) and contemporary aspects (such as half time shows).

“We’re extremely grateful to IPTAY for these new uniforms, and believe they’re on the cutting edge of band attire in the nation,” Director of Bands Mark Spede said. “The versatility and new looks will be a great addition to all band performances for the next few years.”

Along with the interchangeable designs, the new uniform reflects a bit more “solid orange” with a white paw on an orange background. Previous uniforms had an orange paw on a white background.