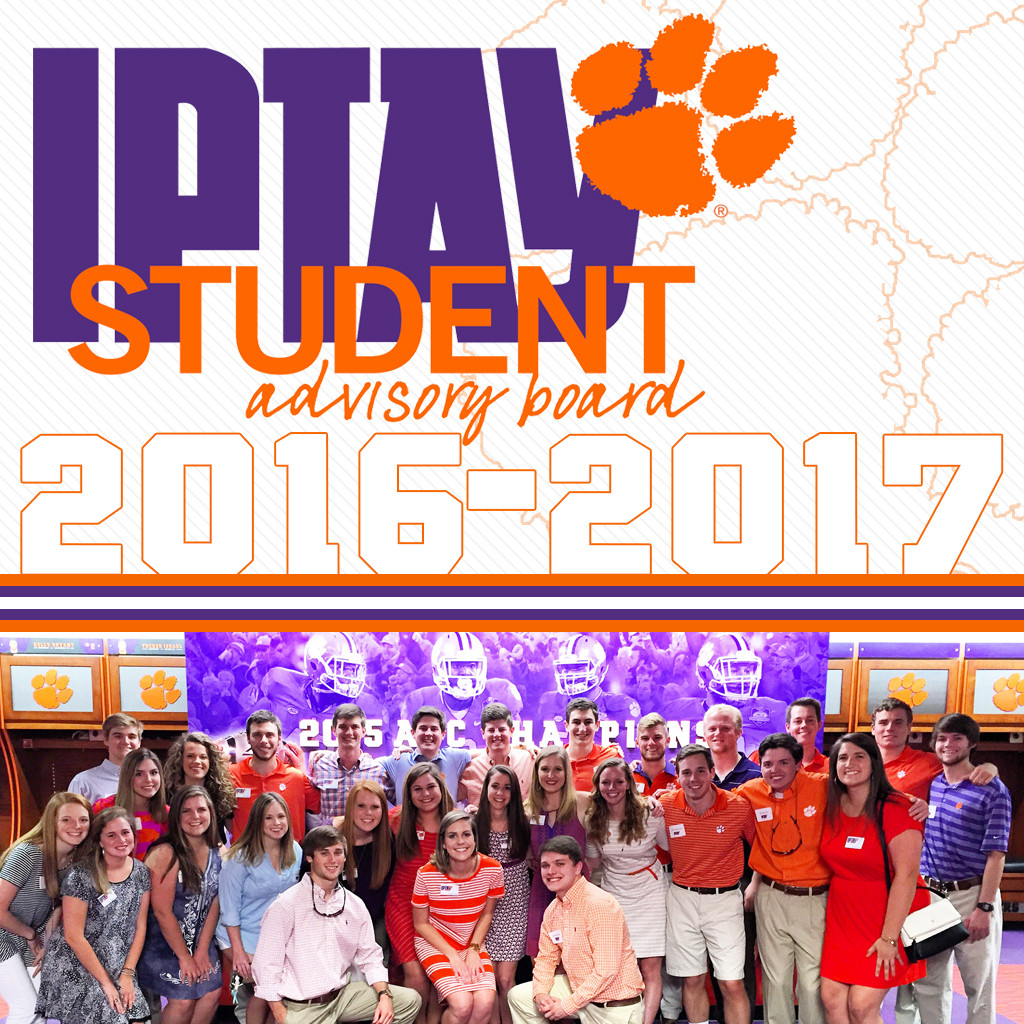 The IPTAY Student Advisory Board, better known as ISAB, is a selected group of current Clemson students who serve as a liaison between the student body and IPTAY. ISAB enables IPTAY to connect with the students on campus to better educate the general student body on the organization’s mission to support student-athletes. This spring, general elections were held for the executive board positions for ISAB. The newly-elected officials for the upcoming 2016-17 academic year are Mason Bunn (president), Jonathan Ray (vice-president) and Ashley Hudgins (secretary).

Bunn comes to Clemson from Columbus, Ga., and will serve as president of ISAB for the 2016-17 academic year. Bunn is involved with the Young America’s Foundation, Greek life and also serves as a co-host for the sports radio segment on Clemson student radio. He is the son of Jeff and Sherry Bunn and has a twin brother, Ellis. Bunn, a marketing major with a minor in communication and legal studies, will be a senior when classes begin in the fall.

Ray is a rising junior from Clemson, S.C., and will serve as the IPTAY Student Advisory Board vice-president. Ray, a health science major with a history minor, is a member of the Phi Kappa Phi honor society and is also a member of Clemson University Student Government and the Student Alumni Council. He is the son of Susan and Keith Ray and has two sisters, Rebecca, a 2015 Clemson graduate, and Elizabeth, who will be a freshman at Clemson this fall.

Hudgins, an industrial engineering major and native of Fort Mill, S.C., will fill the role of ISAB secretary. On campus, Hudgins has served on Freshman Council and is a member of Alpha Delta Pi sorority, where she serves as the obligations chair. Hudgins is a rising senior and is the daughter of Missy and Ben Hudgins. She has one sister, Meredith, who is a junior in high school.

IPTAY Student Advisory Board staff advisor Reed Kramer had this to say on the recent elections.

“I am excited to have the opportunity to continue to work with these three individuals. Each of these students are passionate about Clemson athletics and are committed to enhancing ISAB and growing the IPTAY Collegiate Club. They have all been outstanding general members during their time on the board, and I am looking forward to seeing them grow in these leadership positions.”

The IPTAY Student Advisory Board works with the IPTAY staff to promote various initiatives on campus, including building the IPTAY Collegiate Club brand, growing the membership base and promoting the Solid Orange message on campus.