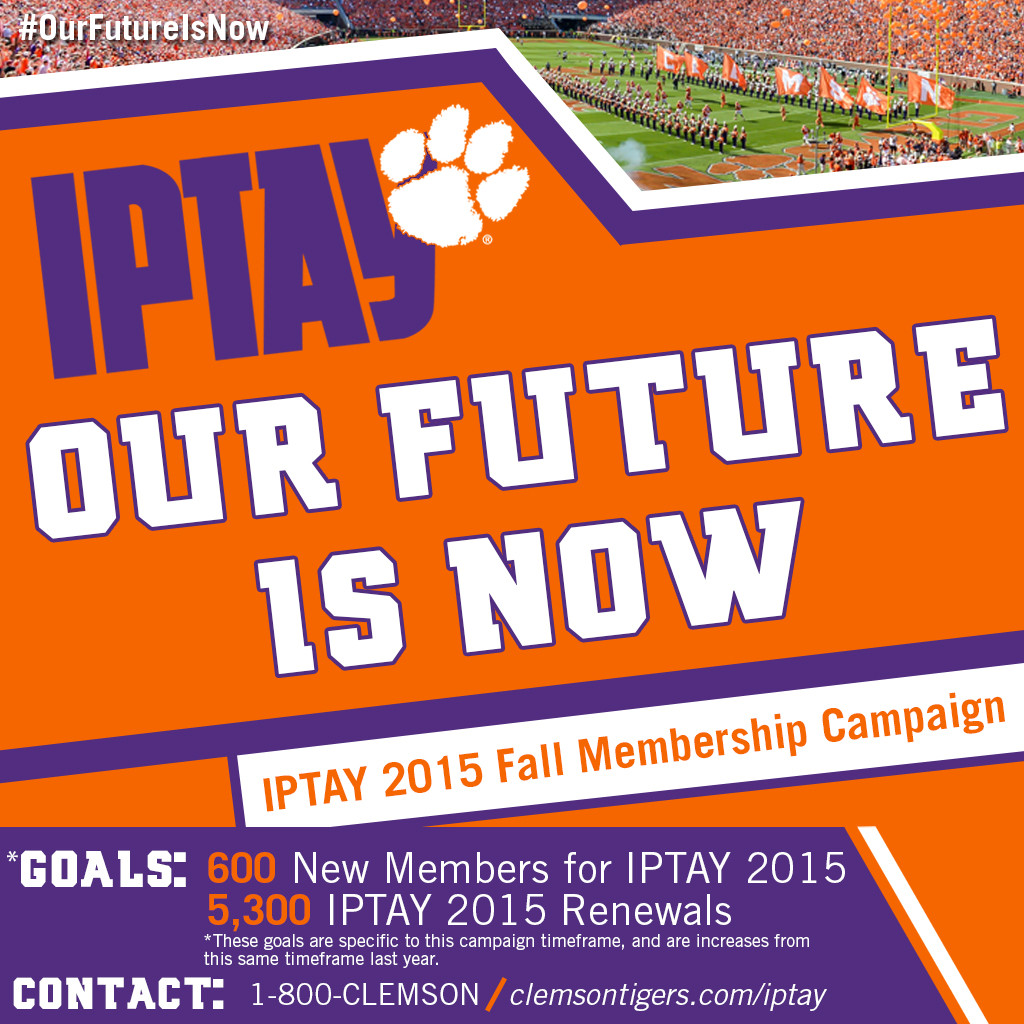 CLEMSON, S.C. – IPTAY has been the backbone of Clemson Athletics since 1934 and in IPTAY 2014, we had nearly 15,000 members. Without our loyal donors, IPTAY could not support the needs of student-athletes here at Clemson University. In 2014, the “One IPTAY” enterprise raised a record of $32 million. These dollars directly impact the lives of our nearly 500 student-athletes in our 19-sport athletic program through scholarships, facilities and academic support. Whether you are a new IPTAY donor or a longtime donor, we thank you for your support!

IPTAY supports many facets that affect the student-athlete experience, and for the first time ever, IPTAY has announced the “Our Future is Now” IPTAY 2015 Fall Membership Campaign. The goal is to focus on building the IPTAY brand and raise greater awareness to what IPTAY provides for Clemson student-athletes on and off the field. IPTAY needs your help! Beginning now and continuing through the end of the year (12/31/14), IPTAY will focus on two areas that are very important and essential to growing the membership.

The goals are simple:

600 new IPTAY donors by the end of the year, an increase of 16% from the same time last year.

IPTAY will be rewarding every participant, new donors and renewals, with a 10% discount from the official online Clemson store.

In addition, each donor who participates will be entered into a drawing for an autographed football by Dabo Swinney or basketball by Brad Brownell. There will be a total of 15 winners each month and the winners will be recognized in ORANGE: The Experience and My Orange Update (IPTAY’s e-newsletter).

Support the Tigers and follow IPTAY on Twitter and Instagram at @IPTAY_. Spread the word to fellow Tigers by using the hashtag #OurFutureIsNow for this campaign.

IPTAY “OUR FUTURE IS NOW”