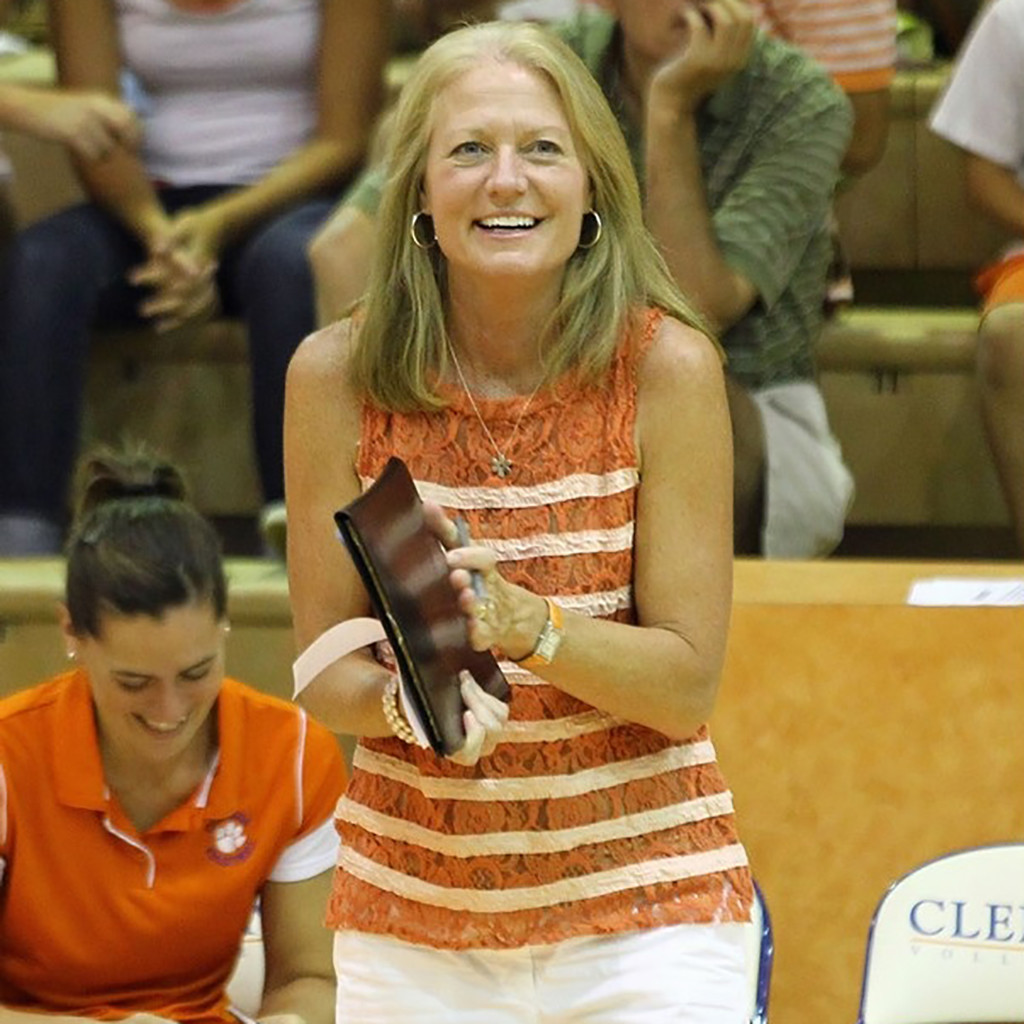 CLEMSON, S.C. – Jolene Jordan Hoover has announced her resignation as the head coach of the Clemson volleyball program. Hoover led the Tigers to a 452-259 record in 22 seasons. Not only is she the all-time winningest coach in Clemson volleyball history, she is also the all-time winningest coach among head coaches of all women’s sports programs in Clemson history.

“Jolene did an excellent job building our volleyball program over 22 seasons, and she had tremendous success leading student-athletes both on the court and in the classroom,” director of athletics Dan Radakovich said.

“I would like to thank Bobby Robinson and Dwight Rainey for giving me the opportunity to coach at Clemson 22 years ago. It has been my privilege and honor to represent Clemson University and the volleyball program,” said Hoover. “I have been very fortunate to have worked alongside so many wonderful people within our program and within our department and university.

“I am very proud of what we have built and achieved over these 22 years. Thank you to all the players, coaches, support staff and fans who have been a part of our program. I wish the volleyball program and the athletic department continued success. Most importantly, thank you to my family, Dave, Hayley and Carley. Coaching takes a lot of energy and time away from home, and I couldn’t have been in this position without their support.”

All eight of the Clemson volleyball program’s NCAA Tournament appearances were under Hoover’s watch. In addition, she coached the Tigers to the program’s two ACC Championships, in 1997 and 2007, as well as the ACC regular season title in 1999.

During her tenure at Clemson, Hoover coached AVCA All-Americans Cindy Stern and Danielle Hepburn, as well as 17 other Tigers that earned Honorable Mention All-America honors. She also coached 44 All-ACC performers and 19 ACC All-Freshman Team selections. Stern and Hepburn also earned ACC Player of the Year honors under Hoover, while Didem Ege was named the conference’s Defensive Player of the Year and five Tigers were named ACC Rookie of the Year in her 22 seasons.

Hoover is also one of the top coaches in Atlantic Coast Conference volleyball history. Her 452 total wins and 224 conference wins rank second all-time among ACC coaches. Her conference winning percentage of .574 (224-166) is also in the top 10 in ACC history in that category. She was named ACC Coach of the Year in 1994 and 2007.

In her 25 seasons as a head coach, including the first three years of her career at Western Maryland, Hoover has a 545-290 overall record. The 545 wins rank in the top 25 in terms of career victories by active Division I head coaches.

Assistant coach and recruiting coordinator Ari Smith will lead the program on an interim basis, and a nationwide search has commenced for Clemson’s next head volleyball coach.