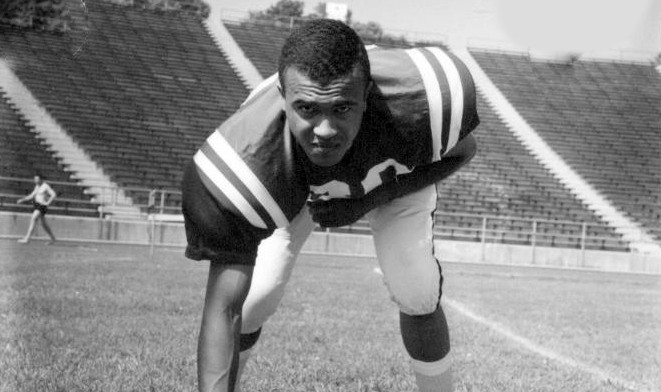 Hill to be Honored by Clemson Saturday

CLEMSON, SC – Former Maryland receiver Darryl Hill will be honored by Clemson University on Saturday during pregame ceremonies. This is the 50-year anniversary of Hill becoming the first African American football player in the history of the Atlantic Coast Conference.

Hill also holds the distinction of being the first African American to play in a football game in Clemson Memorial Stadium. That took place on November 16, 1963 when Hill was a receiver for the Terps. He had 10 receptions in that game, the most in Maryland history at the time and the most against Clemson at the time.

Hill will be presented a plaque by Bill D’Andrea, executive Senior Associate Athletic Director for IPTAY External Affairs, to commemorate this anniversary.