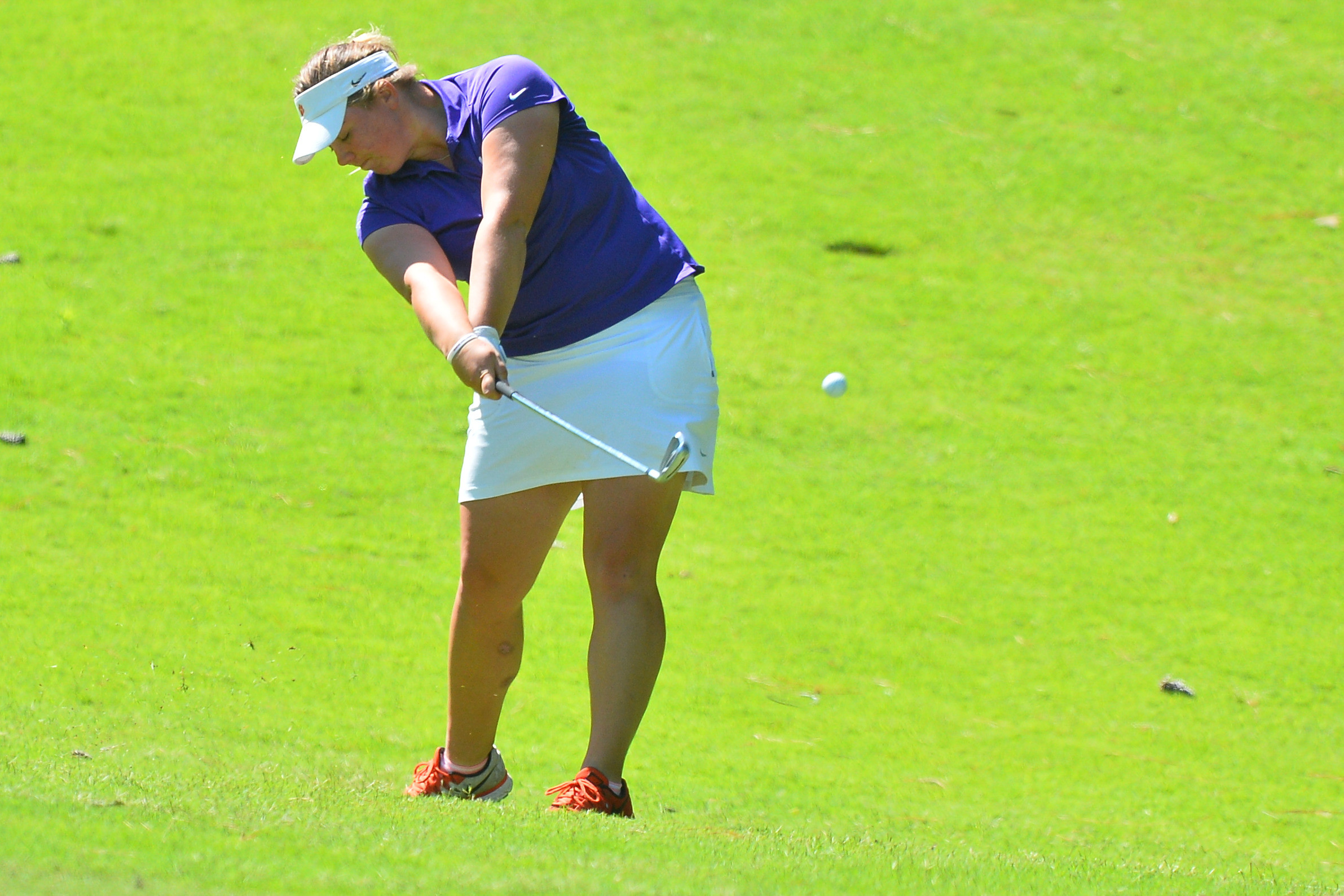 Clemson, S.C.—Clemson golfer Alice Hewson has been named as one of six players to England’s team in the European Team Championships.  The  tournament composed of teams from 21 countries will be played at the Oddur Golf Club in Iceland, July  5-9.

This is the second straight year Hewson has been named to the England team.  Last year Hewson finished second out of 126 women in the stroke play qualifying tournament with a five-under-par 137 total.  England finished fourth in the 21-team field last year.

It has already been a busy summer for Hewson, who helped the Great Britain & Ireland team to victory in the Curtis Cup last month.  It was just the second time in 20 years the GB&I team defeated the Americans.

Hewson, ranked 40th in the latest Women’s World Amateur rankings, was named to the All-ACC team this past year when she helped Clemson to five top five finishes and the NCAA Tournament with a 73.4 stroke average,  11th best in the Atlantic Coast Conference.

Additionally, Hewson was named the ACC Freshman of the Year, the first Clemson women’s golfer to win that honor.  She was also named to the ACC All-Academic Team, one of just two ACC freshmen to be named All-ACC on the course and in the classroom.  NCAA Champion Virginia Elena Carta of Duke, was the only other freshman to be selected to both teams.

The ACC Player of the Month and National Amateur of the Month for last September, Hewson won her first two college tournaments, a co-medalist at the Cougar Classic and a victory at the Furman Invitational.  Her 65 in the second round of her career, at the Cougar Classic in Charleston, established a Clemson record and was the low round of the year by any ACC golfer for the 2015-16 academic year.