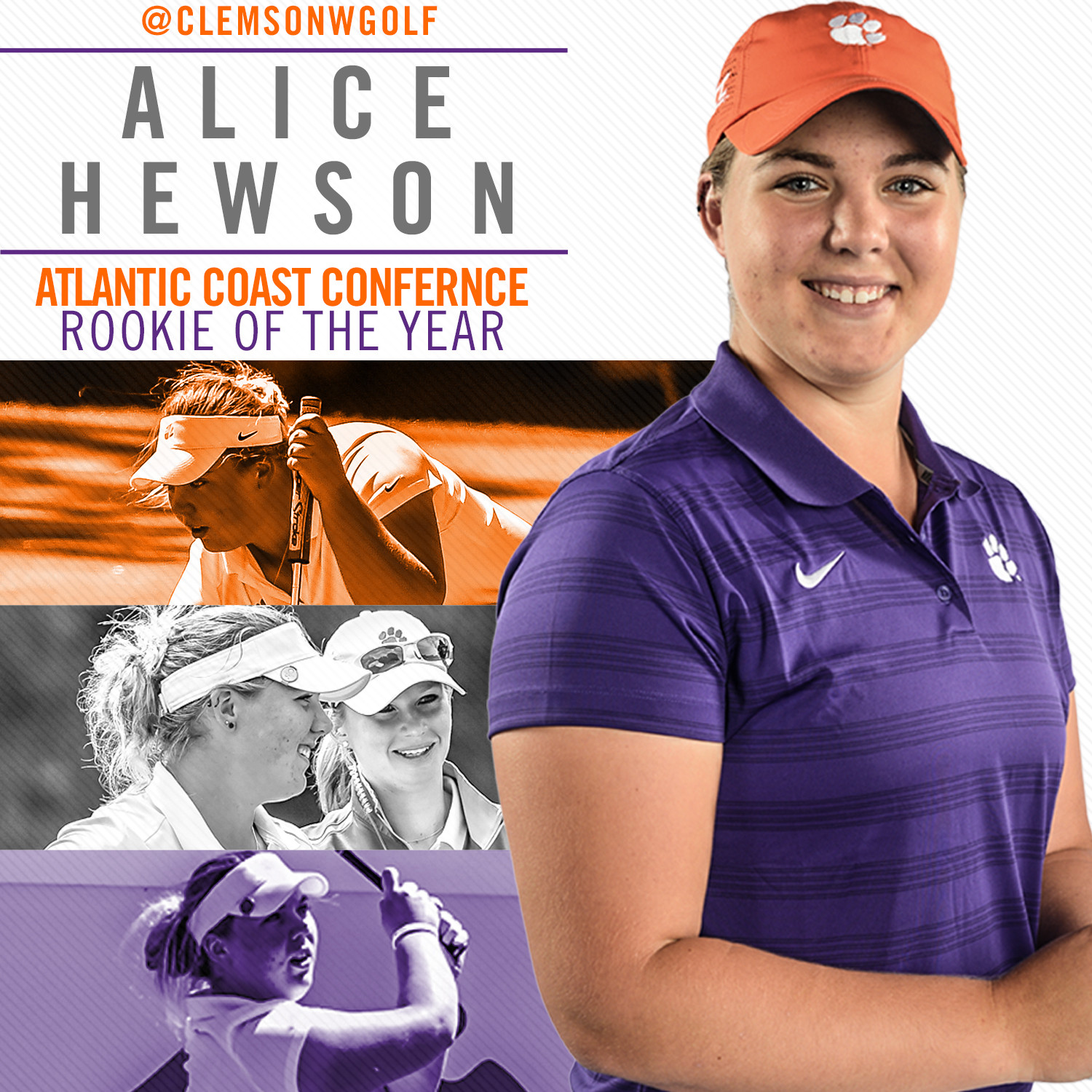 Hewson, a native of the United Kingdom, will lead Clemson into the NCAA Central Regional in Birmingham, Ala, on Thursday.   She has the top stroke average on the team with a 73.11 figure and paced the team in top 10 finishes.

Two of Hewson’s top 10s were victories.  In the fall she was co-medalist at the Cougar Classic in Charleston and won the Furman Invitational in Greenville in her next event.  She is the only golfer in Clemson history, men or women, to win her first two tournaments.

One of just three freshmen on the All-ACC team, Hewson was named to the GB&I team that will compete in the Curtis Cup in June and is ranked 74th in the country in the latest Golfweek/Sagarin college rankings.