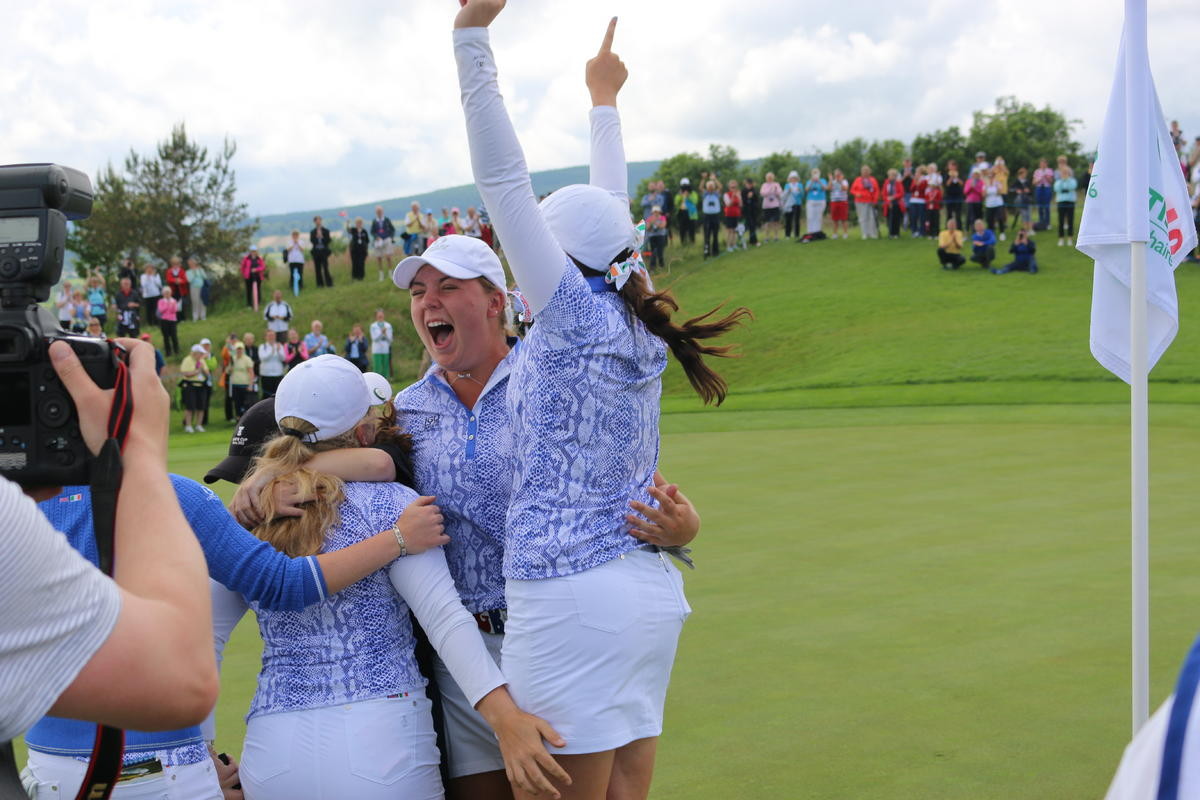 Clemson, S.C.—Alice Hewson, who just finished her freshman season at Clemson, was a member of the winning Great Britain & Ireland team in the Curtis Cup contested at Dun Laoghaire Golf Club in Dublin Ireland over the weekend.   The GB&I team defeated the United States 11.5 to 8.5 in three days of competition completed on Sunday.  It was just the second time in the last 10 competitions that the GB&I team had prevailed.

Hewson is a native of England and was named the ACC Rookie of the Year and first-team All-ACC for the Tigers this past year when she won two tournaments.  She had seven-under-par 65 in the second round of her career at the Cougar Classic last September, the low round in Clemson history and the low round of the year by an ACC women’s golfer.

Hewson lost her singles match Sunday to Andrea Lee of the United States 2 & 1. Lee, who was a semifinalist at the 2014 US Women’s Open, will be a freshman at Stanford next year.  The two players were never separated by more than two holes the entire round.  Hewson won three holes, Lee won five and nine holes were halved in the competitive match.  Hewson was just one down heading to the 16th hole.

Hewson, the first Clemson women’s golfer to play in the Curtis Cup while still a member of the Clemson team, had a 73.43 stroke average for the Tigers this past season.  She won her first two tournaments, the Cougar Classic and the Furman Invitational, and also had top 20 individual finishes at the Clemson Invitational, the ACC Tournament and the NCAA Regional to end the season.   She was the only Tiger golfer to finish in the top 20 of each of those tournaments.

“This was a great experience for Alice,” said Head Coach J.T. Horton.  “She represented her country and Clemson University.  Anytime you can play in international competition such as this, it is a rewarding experience and will make you a better player. This was a competition between two outstanding teams.  Congratulations to the GB&I team and I am glad Alice got to be a part of it.”