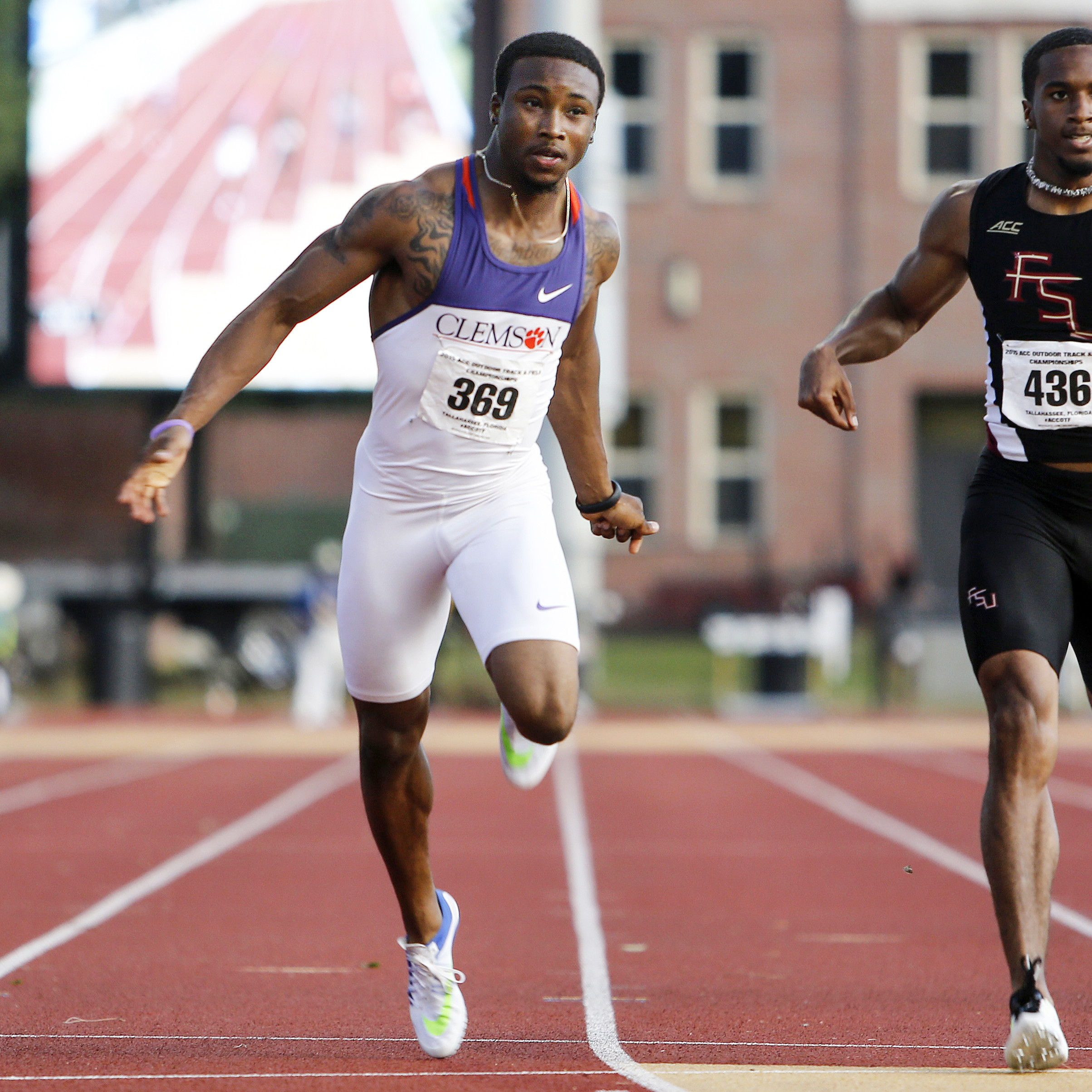 Traditionally, anything sub-10 flat in the 100 meters is an eye opener. When a sub-9.9 pops up, it’s worthy of a bug-eyed emoji.

That was certainly the case on Saturday when Clemson sprinter Tevin Hester clocked a 9.87 to claim the gold medal at the ACC Outdoor Championships.

Some athletes celebrate, others are emotional. Hester was stoic.

“I thought it was going to be 9.9-something, but I didn’t think it would be in the 9.8 range,” Hester said Monday. “I don’t remember much. I just popped up and started pumping my arms. I guess I was calmer than you’d think (after running that fast).”

What does 9.87 seconds look like in a sprint? Fast-forward to the 29-minute mark of this video, and your reaction will likely be the same as ESPN3 announcers Tom Block and Dan O’Brien.

The wind gauge ultimately read +2.1 meters per second, just 0.1 over the reading for a wind-legal time. Still, it was an all-conditions Clemson record, besting Travis Padgett’s 9.89 at the 2008 U.S. Olympic Trials.

In an encore performance about an hour later, all he did was break the ACC Outdoor Championships record in the 200 dash, clocking a legal 20.18 after surging ahead of Florida State’s Kendal Williams down the stretch.

It was instant gratification for Hester, named Meet MVP at the conclusion of the event. He said the motivation behind his phenomenal junior season came last June.

“Last year, I finally made it to outdoor nationals,” he said. “But I didn’t make the finals. I told my coach, ‘I’m never going to have this feeling again.’ I hated it. That was the worst feeling, sitting in the stands with the fans.”

With his performances, Hester ranks in the top three of both sprints on the NCAA level. But it’s where he could have been ranked that has him thirsting to compete again as soon as possible.

How close was Tevin Hester’s 9.87 to ranking No. 3 in the world? THIS close. pic.twitter.com/N4ejJuT84E

“That list shows me that I’m ready to compete with anyone,” he said. “Being that I’m not an older guy just yet, I still have time to mature, both as a person and physically. I can still go even faster.”

And that’ll be sure to catch everyone’s attention, again.