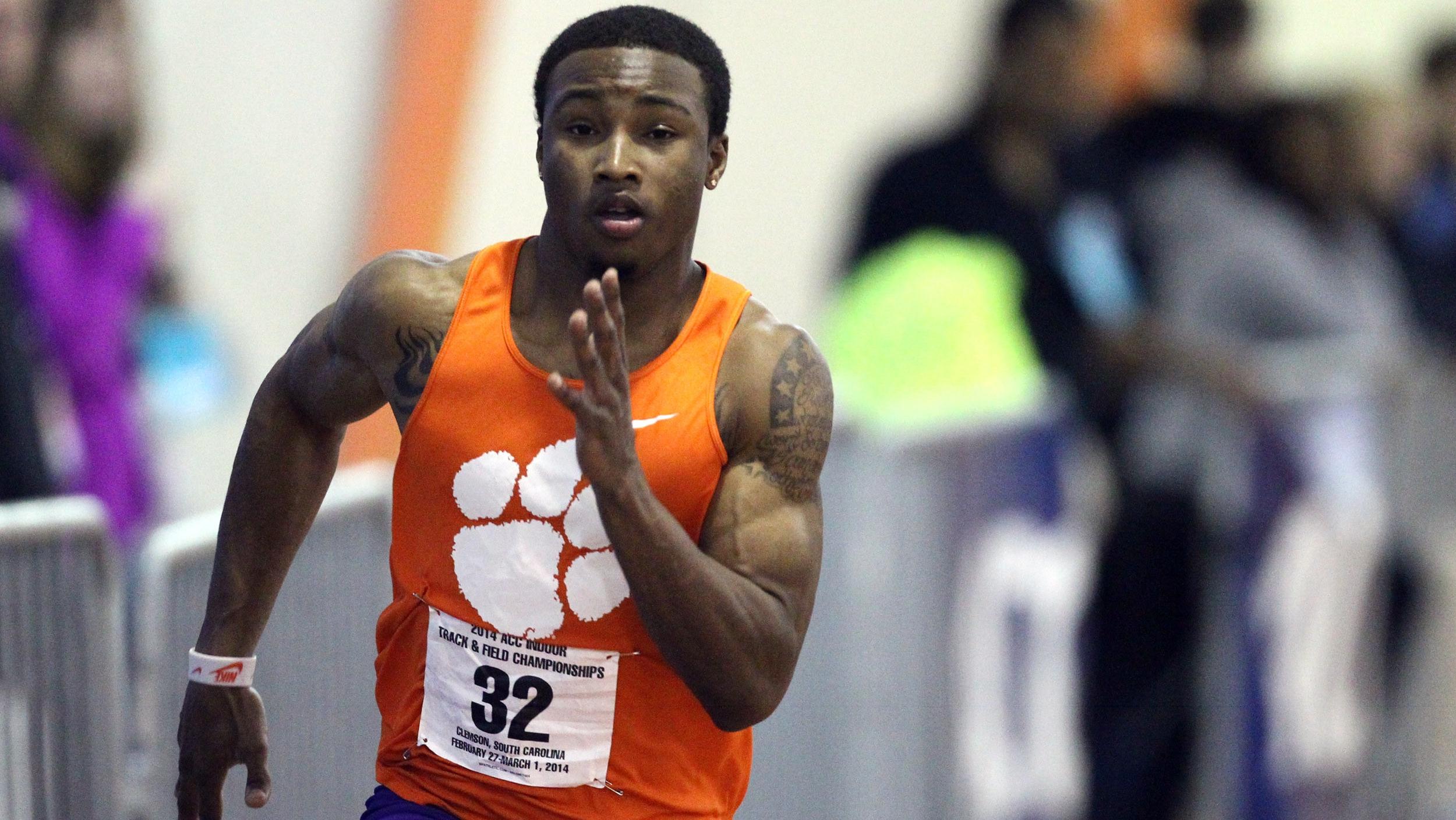 CLEMSON, SC – Clemson sophomores Tevin Hester and Mimi Land were extended bids to compete in next week’s NCAA Indoor Track & Field Championships in Albuquerque, NM. It is Hester’s second straight NCAA Indoor bid, and Land’s first. She previously competed at the NCAA Outdoor Championships as a freshman, however.

Hester owns one of the nation’s top 10 times in the 60-meter dash. The Oxford, NC native clocked an Armory Collegiate winning time of 6.60 in February. The personal best ranks No. 6 on Clemson’s all-time performance list. Last weekend in Clemson, he captured the silver medal in the event at the ACC Indoor Championships with a time of 6.63. Hester was a first-team All-American last winter after placing seventh in the 60 dash.

Land made it for the first time in two events, the high jump and triple jump. She is the second female in Clemson history to earn NCAA bids in the three jumping events, as she was a second-team outdoor All-American in the long jump last spring. April Sinkler was the first Clemson female to do it in 2011 after qualifying in the indoor triple jump. Land was the ACC’s silver medalist in the triple jump and bronze finisher in the high jump last weekend. She established personal bests in both, a triple jump of 42’9.5″ and 6’0″ high jump. Both marks are top five in school history.

The NCAA Indoor Championships are set for March 14 and 15 at the Albuquerque Convention Center.