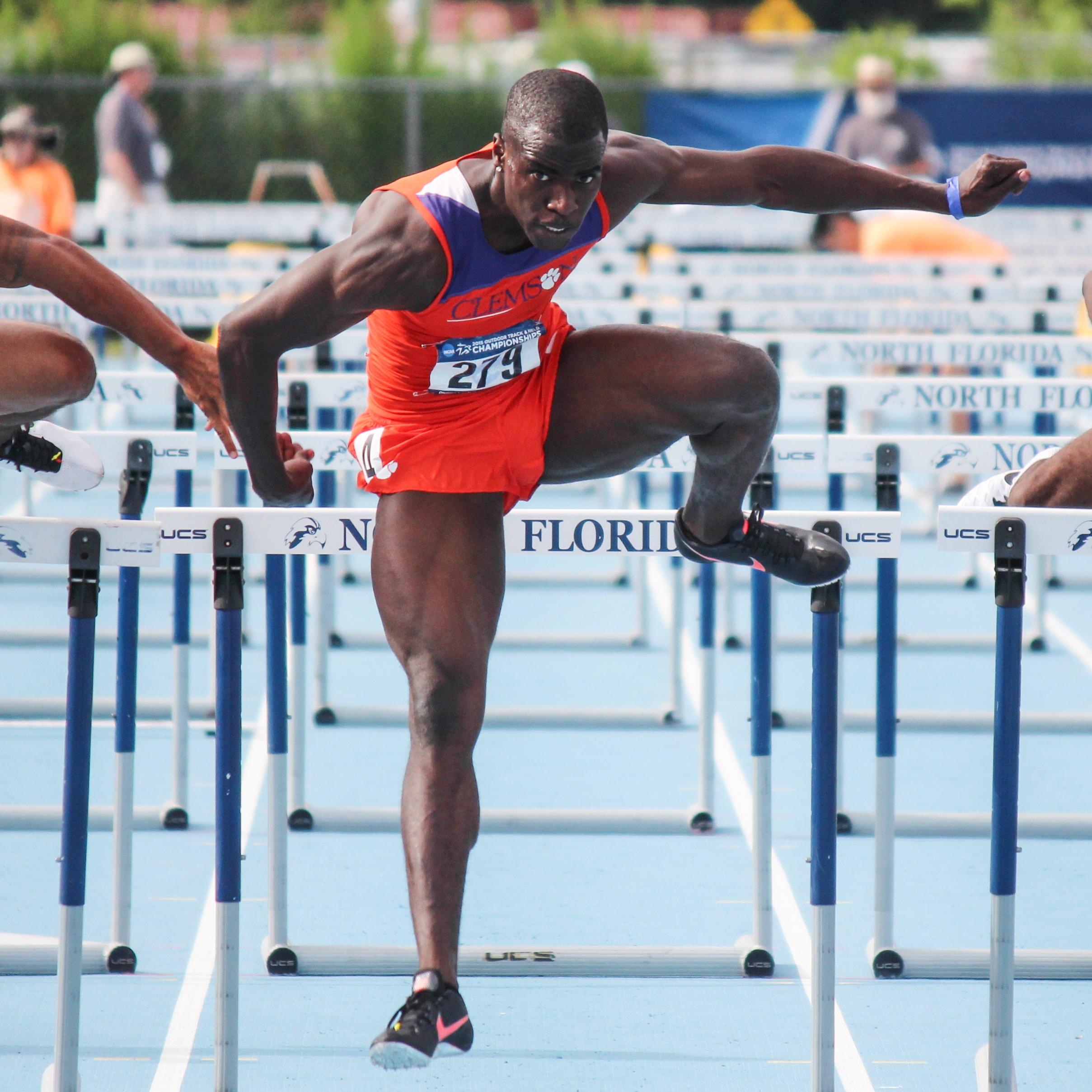 CLEMSON, S.C. — Tevin Hester and Justin Johnson both qualified for finals at the NCAA Outdoor Championships on Wednesday, the first day of the national meet at Hayward Field in Eugene, Ore.

Hester became the first Tiger since Dwight Thomas in 2002 to qualify for both the 100 and 200 finals at the same NCAA Outdoor competition. Hester did it by finishing second in both of his semifinals, including the 200 where he produced a personal best 20.14. His time moved past James Trapp for second place in Clemson’s record books, trailing only former Olympic gold medalist Shawn Crawford. About 90 minutes prior to that performance, he ran 10.07 in the 100 semifinals. Hester’s scheduled finals are approximately 8:25 and 9:10 p.m. ET on Friday.

Johnson continued his fine season, advancing to Friday’s final in the 110-meter hurdles. The Illinois native posted a time of 13.52, a personal best and the fourth-best time in school history in the event. Johnson won his heat to give the Tigers a finalist in the event for the third time in four seasons. Johnson is slated to run Friday’s final at approximately 8:15 p.m. ET.

The 4×400 relay competed in Wednesday’s semifinal. The first three legs — Cordell Lamb, Michael Cheeks and Jorel Bellafonte — had the Tigers in a top-three position. But a late-season injury to Jeffrey Green was too much to overcome. The anchor leg brought it home in 3:09.98, ending Clemson’s season in the event.

Clemson returns to action Thursday with the semifinals of the women’s running events, beginning with the 4×100 relay at 7 p.m. ET. Live results are available at FlashResults.com, and the action will be televised by ESPNU (7:00) and ESPN (8:30).