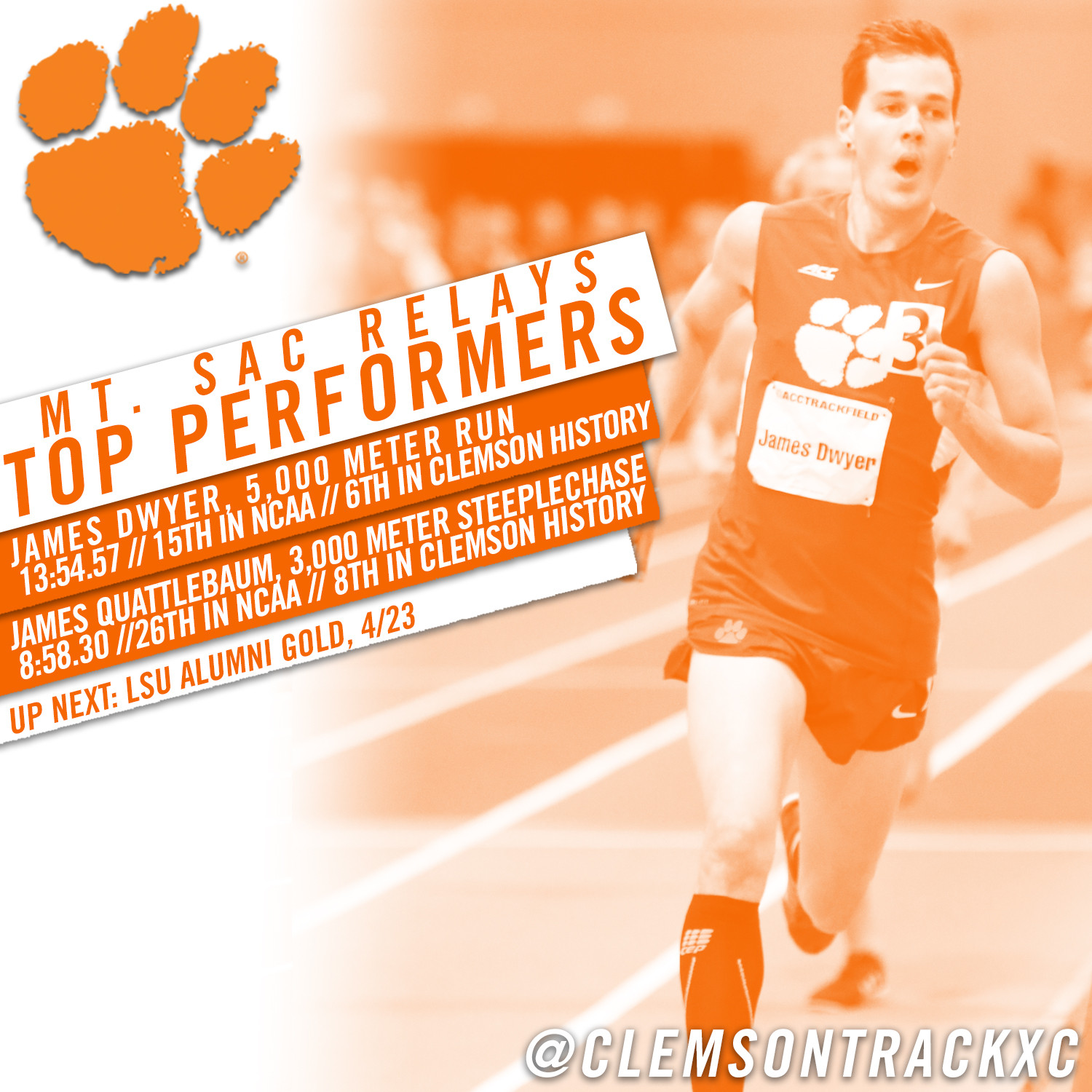 NORWALK, Calif. – This week, the men’s track and field program sent James Quattlebaum and James Dwyer to California for the Mt. SAC Relays on Thursday and Friday evening. The harriers did not disappoint as they ran two of the fastest times in program history in their respective distance events.

Quattlebaum kicked things off for the Tigers on Thursday night in the 3,000 meter steeplechase. In just his second time running the event, the sophomore shaved 10-seconds off his time to clock in with a personal best 8:58.30. The time seats him eighth all-time in Clemson history and it currently ranks as the 26th fastest time in the country.

In the 5,000 meter run, Dwyer enjoyed similar success by running the event in 13:54.57 on Friday night. The time is 15-seconds faster than his previous personal best and it was the first time he’s ran the event outdoors this season. Dwyer’s performance ranks sixth all-time in program history and is the 15th fastest time in the country.

Next week, the Tigers head to LSU for the LSU Alumni Gold meet in Baton Rouge, Louisiana on Saturday, April 23.