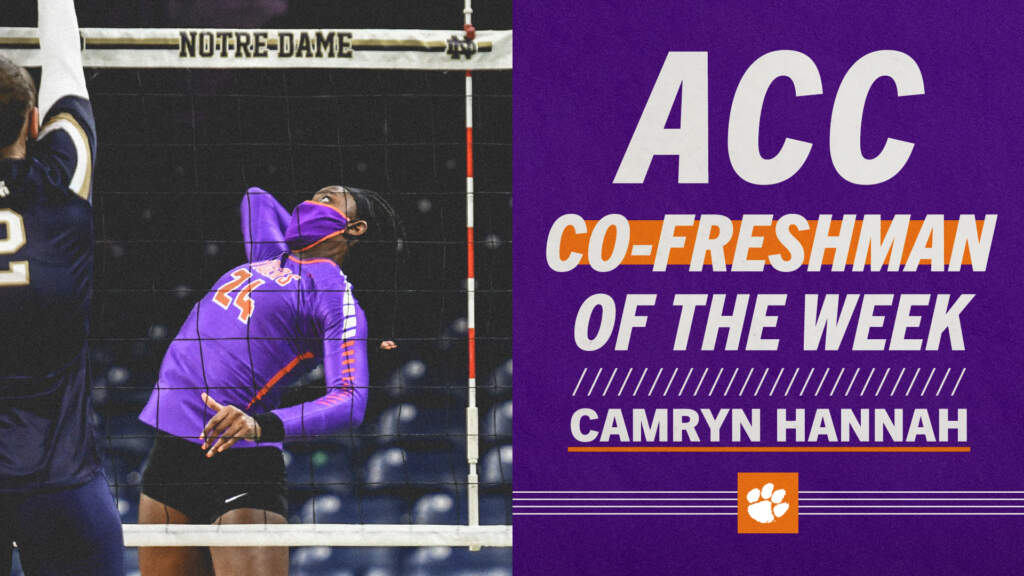 CLEMSON, S.C. – Clemson true freshman outside hitter Camryn Hannah (Lansing, Ill./Marist HS) has been named the ACC Co-Freshman of the Week, the conference office announced on Tuesday. Hannah is now just the third player in program history to earn at least three ACC Freshman-of-the-Week honors and is the first to do so since former Clemson standout Jessi Betcher earned ACC Freshman/Rookie-of-the-Week honors during the 1999 season.

Hannah’s three ACC Freshman-of-the-Week distinctions makes her tied for second most all-time by any player in the program history. In addition to being named AVCA Player of the Week on March 10, Hannah also swept ACC Player and Freshman of the Week three weeks ago.

At Notre Dame last Friday, Hannah collected her seventh double-double of the season and posted a match-high 22 kills along with 11 digs, while hitting. 340, in the Tigers’ four-set match. Hannah was also perfect (17-for-17) in serve receive.