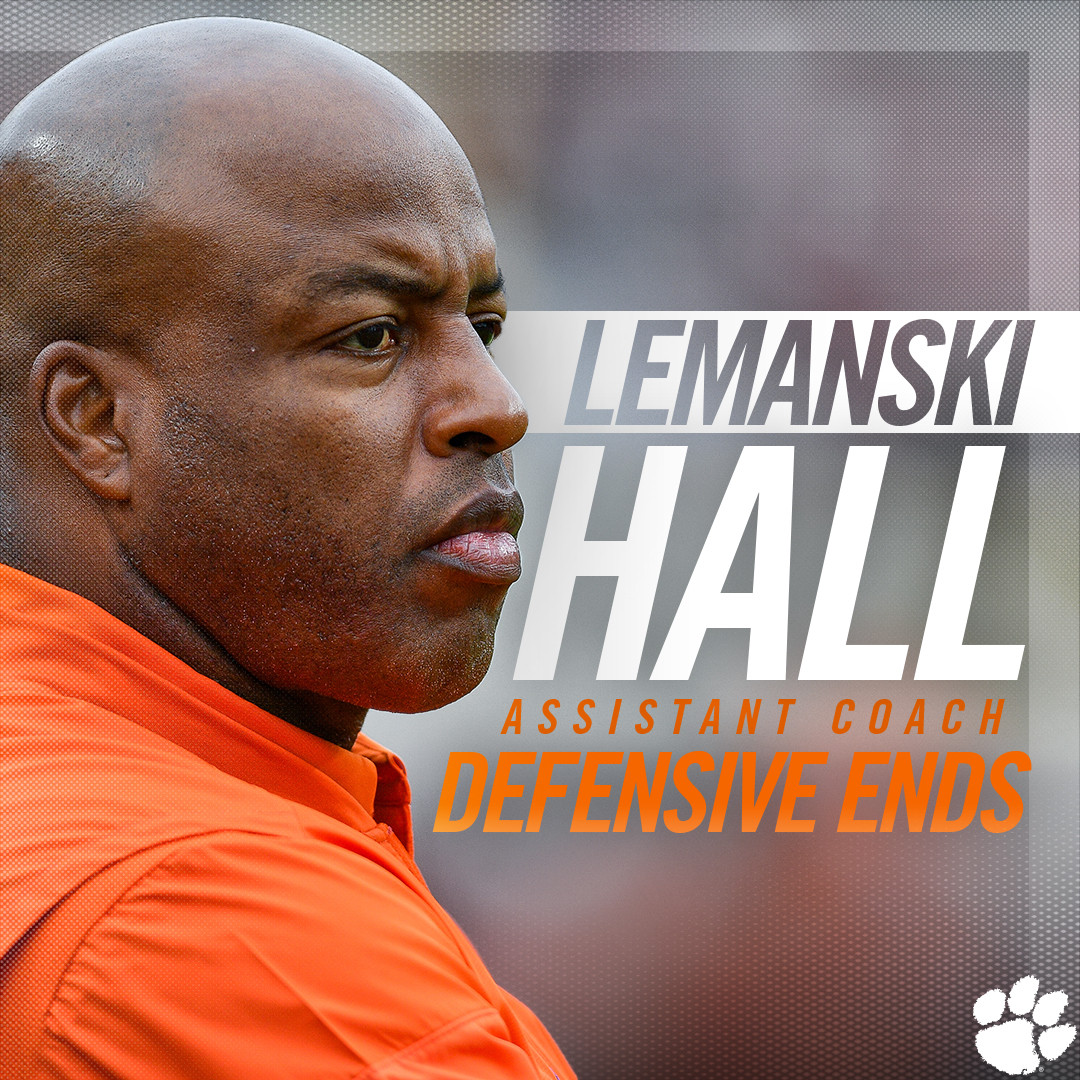 The NCAA approved a 10th full time assistant coach starting with the 2018 season and Hall will fill that role. The rule goes into effect on January 9 and that will be Hall’s start date in that new position.

“We have prepared for this transition all year,” said Swinney.   “We thought the rule was going to pass last spring, but it did not.  This will be an easy transition because he has been with the program the last three years.   He has been around winning programs all his life, from a player at Alabama, to the NFL, to being a part of a state championship coaching staff at Ensworth High School in Tennessee, to the last three years here at Clemson.

“Lemanski is very knowledgeable and will make a great contribution to our staff. I know he is excited to be on the field with our defensive ends.

“We are excited to have five assistant coaches on each side of the ball (five offensive assistants and five defensive). “

Hall has known Swinney since they were teammates at Alabama between 1990-92. A native of Valley, Alabama, Hall was a starting linebacker on the 1992 Alabama National Championship team under Head Coach Gene Stallings. That team finished with a 13-0 record, the first Alabama team to win 13 games in a season.

That year Hall was a first-team All-SEC selection when he led the team in tackles with 70 and had five quarterback sacks.   He was also named an honorable mention All-American by United Press International.

Hall was drafted by the Houston Oilers and played in the NFL for the Chicago Bears, Dallas Cowboys and the Minnesota Vikings. He was a starter for the Vikings in 2001, his next to the last season in the league. He played in 101 NFL games over nine seasons (1994-02).

After his playing career, Hall worked with the Tennessee Titans through the NFL Minority Coaching Fellowship. He also worked as a recruiting coordinator and pro-performance director at D1 Sports Training and Therapy and as a strength and conditioning coach at Christ Presbyterian Academy.   For the seven years prior to his arrival at Clemson, Hall was the linebackers coach at Ensworth High School in Nashville, Tenn.