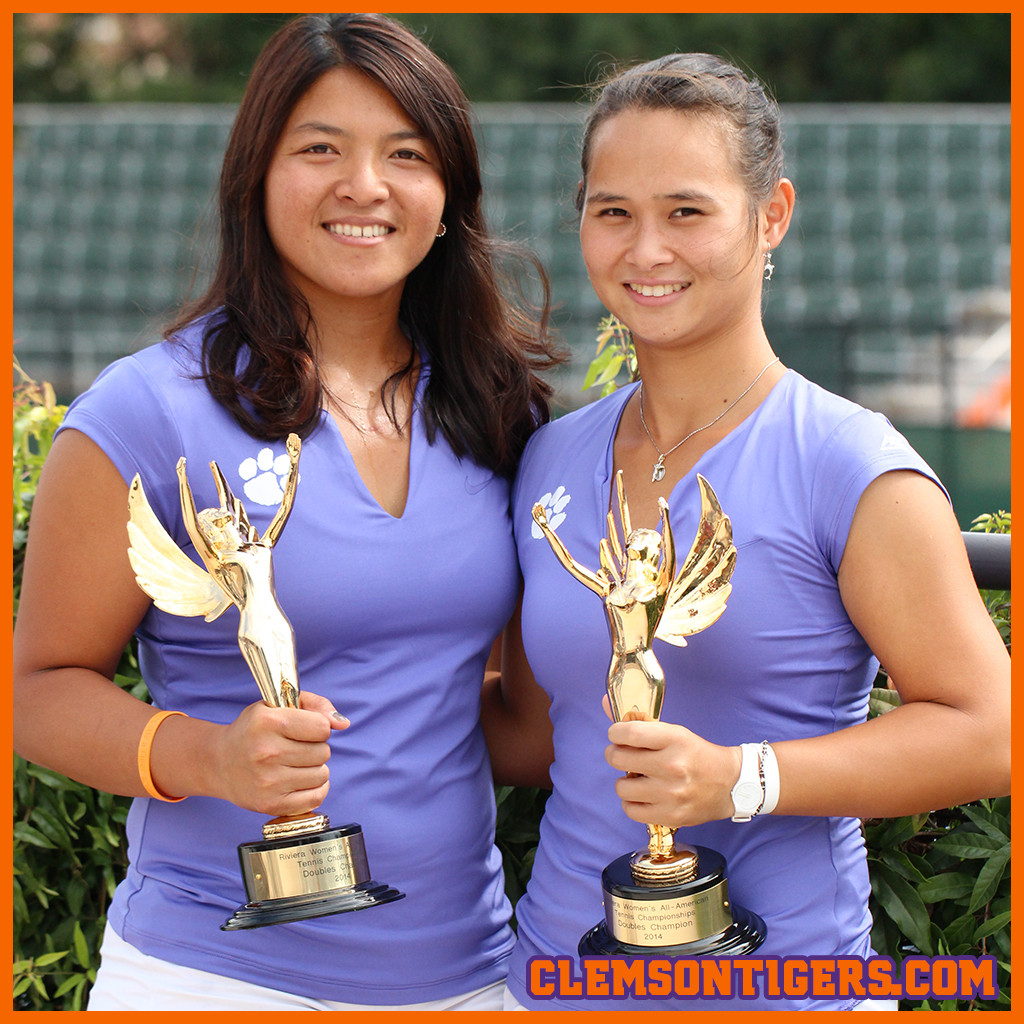 Gumulya and Rompies to Compete in ITA Indoor Doubles Championship

Gumulya and Rompies, ranked eighth in the ITA Preseason rankings, earned their bid by winning the Riviera/ITA All-American doubles championship. The formidable Clemson duo defeated the No. 1, No. 6, No. 21 and No. 40 doubles teams en route to the Riviera title.

Gumulya and Rompies are 7-0 on the year so far. The Tigers will have a bye in Thursday’s opening round of 32 and will play the winner of Ravita/ Sutjiadi of Kentucky and Jiang/Leung of Columbia Friday at 4:30 p.m. The finals will be held on Sunday.

The duo is the first Clemson doubles team to compete in the ITA Indoor Doubles Championship since Josipa Bek and Keri Wong in 2011. Bek and Wong advanced to the quarterfinals in 2011 and the finals in 2010.