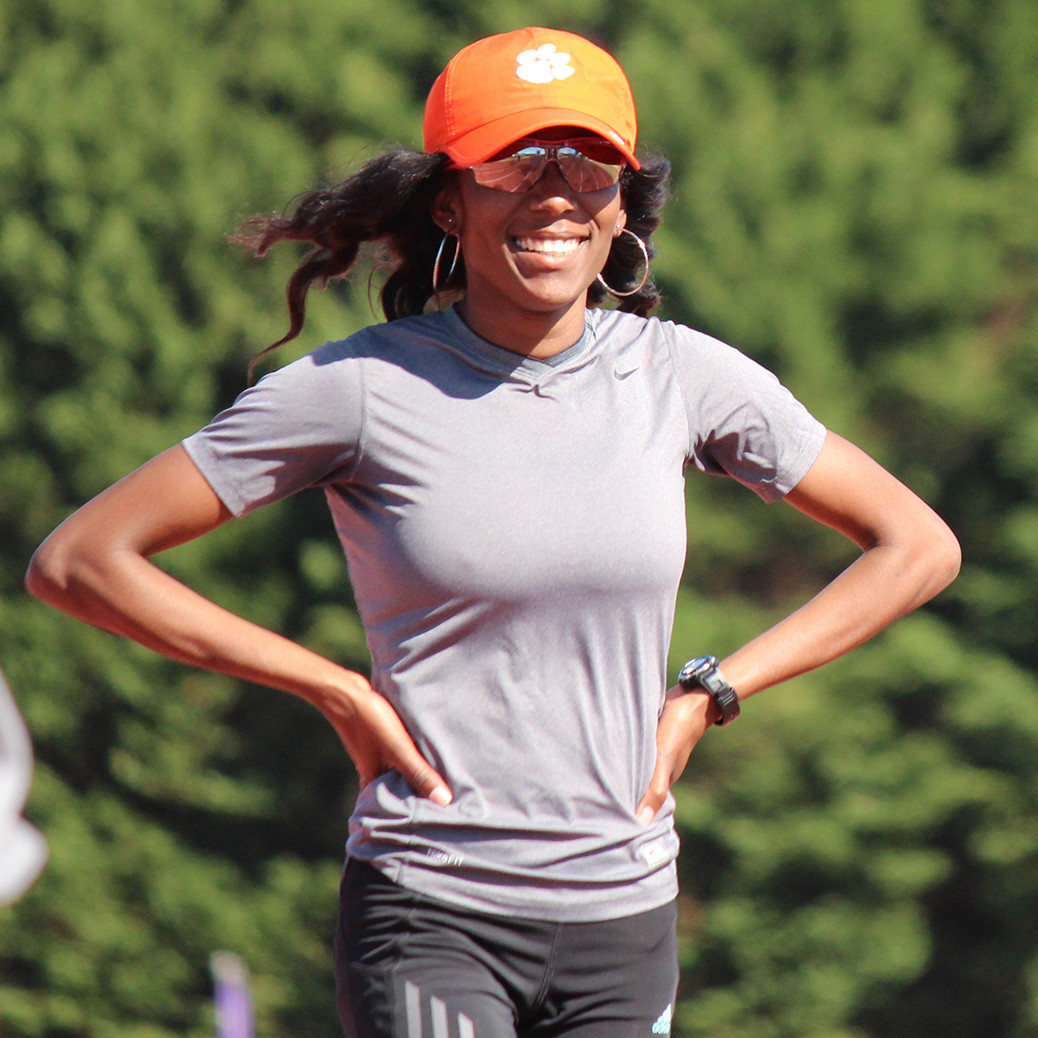 CLEMSON, S.C. — Natoya Goule picked up where she left off from indoor season, setting the Clemson record in the 800 meters Friday to highlight action at the Florida Relays. Goule’s time of 2:01.63 also set a Florida Relays collegiate record. She finished runner-up to professional Chanelle Price, but first among collegiate runners.

Lauren Terstappen also broke a school record Friday, besting her own mark in the pole vault. The redshirt graduate from Pennsylvania cleared three consecutive bars on her final attempt, the last at 13-7.25 to establish the new Clemson standard. She placed third Friday.

Mimi Land had a top-flight performance in the women’s high jump, taking fourth with an outdoor-best 5-11.5 clearance. Land’s mark is No. 2 on Clemson’s all-time performance list. Whitney Fountain had a season best in the long jump, converting a distance of 19-3.25 into a slight wind.

Tevin Hester competed in the invitational portion of the men’s 200 dash. The junior from Oxford, N.C., posted a career-best 20.48 — sixth-best on record.

The men’s 400 was a productive event for the Tigers. Jeffrey Green was one of three athletes to finish in the top 25, posting a time of 46.65, which ranks 10th on Clemson’s all-time performance list.

Tanisha Coppin also fared well in the women’s 800, turning in the sixth-best time in school history. Coppin ran 2:08.73 on Friday.

In the longer distances, Grace Barnett stood out in the 1500 meters despite falling in the race. She clocked a time of 4:26.06 to take eighth place overall. Her time was a personal best and moved her up a spot to ninth in Clemson’s all-time record books. In the men’s 5K, James Dwyer ran a personal best 14:09 and took third place. His previous best was 14:25.93.

The Tigers return to action Saturday for the bulk of field events, in addition to three separate men’s and women’s relays. SEC Network Plus will carry the action live online at 2:15 p.m. ET.