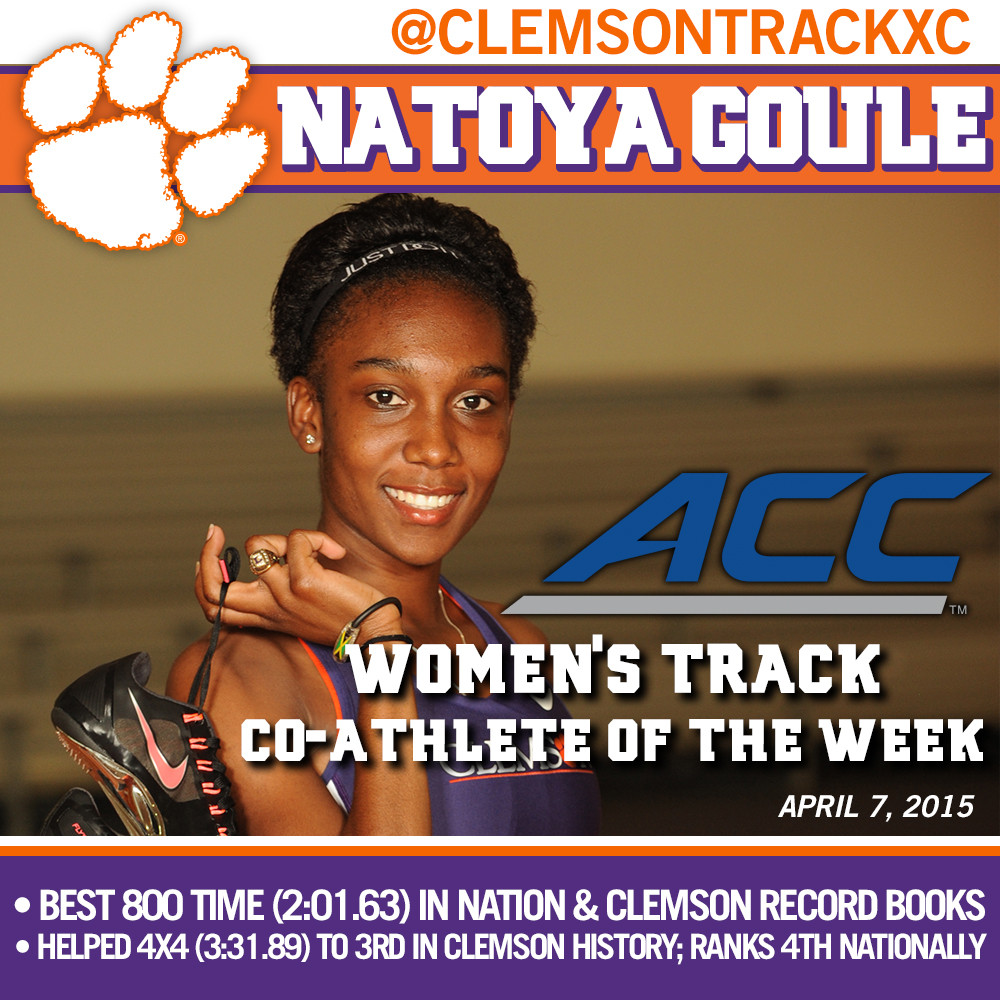 CLEMSON, S.C. — Natoya Goule has been named the Atlantic Coast Conference Women’s Track Co-Athlete of the Week, the league office announced Tuesday. This is the second weekly ACC honor of the 2015 season for the redshirt senior.

Goule posted the nation’s fastest time in the 800 meters Friday, finishing in 2:01.63 at the Pepsi Florida Relays. She finished second behind professional Chanelle Price, but was the top collegiate finisher after setting a relays record in the event. Her time is the national leader so far this outdoor season. Goule later anchored the 4×400 relay to a runner-up finish and time of 3:31.89, No. 3 in Clemson history and No. 4 on the national performance list.

Goule and her teammates return to the track on Saturday, April 11 to compete in the Duke Invitational in Durham, N.C.