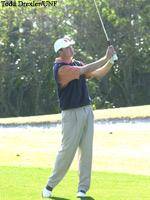 Golf Remains Number One in Polls

Clemson remains number-one in the nation in the latest Precept Coach’s Poll and the Golfweek/Sagarin Poll. Clemson has been ranked number-one in each of the last six Precept Polls, the official coach’s association ranking.

Augusta State is ranked second in both polls. Clemson has finished first or second in all seven of its tournaments so far this year. Three of the second place finishes were behind first-place showing by Augusta State. The athletic director at Augusta State is former Clemson assistant basketball coach Clint Bryant, who served under Bill Foster at Clemson for nine years.

Three Clemson golfers are ranked in the top 20 in the nation according to the individual rankings by Golfweek/Sagarin. D.J. Trahan is ranked fourth in the nation on the computer ranking, while sophomore Jack Ferguson is 10th. Junior Matt Hendrix is ranked 16th.

Clemson will be in action March 7-9 at the Las Vegas Collegiate in Las Vegas, NV.