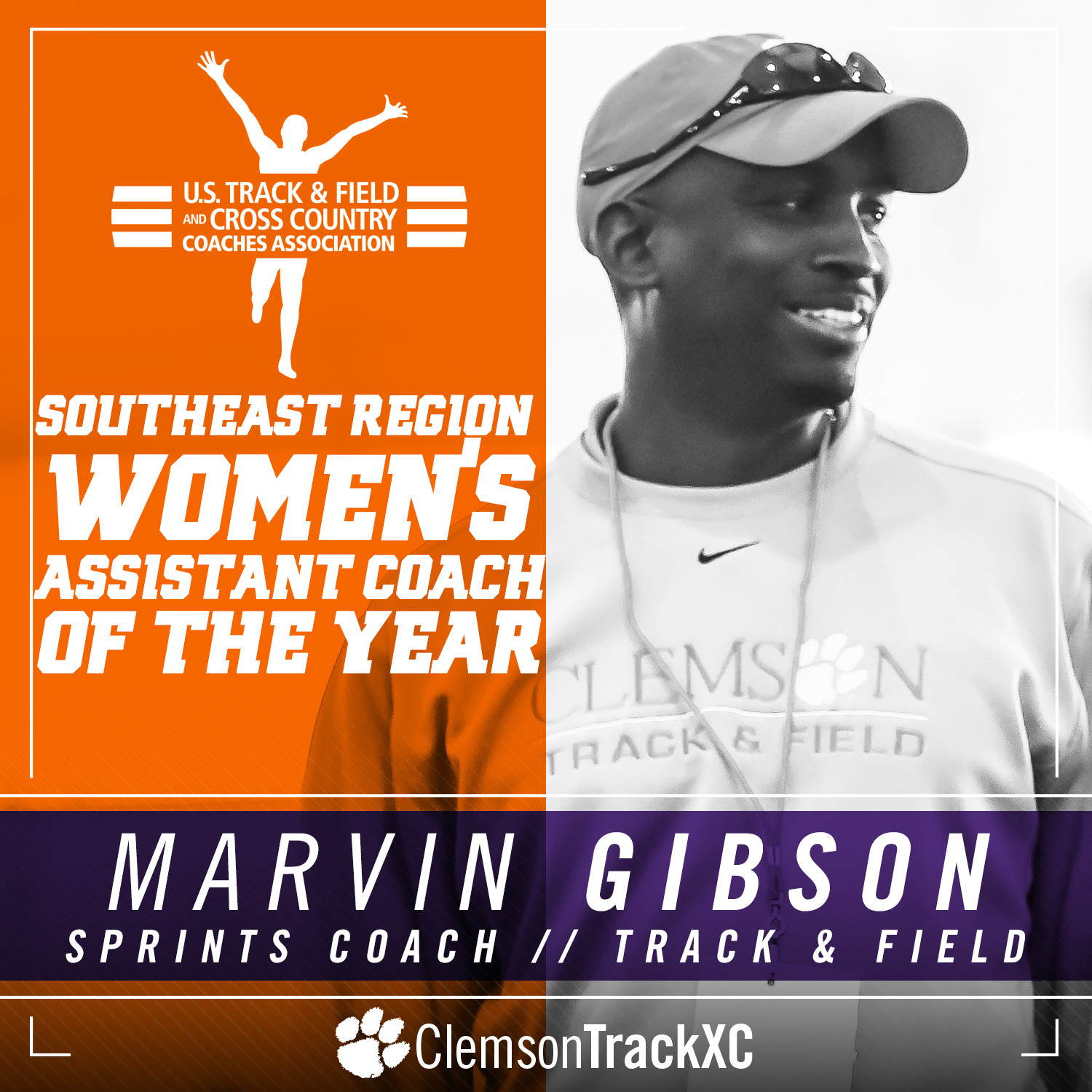 CLEMSON, S.C. – With the end of the indoor season near, the USTFCCCA has named Marvin Gibson the Southeast Region Women’s Assistant Coach of the Year in his fourth season with the program. The women’s sprinters were instrumental in Clemson’s second place finish at the ACC Championships as they scored 33-of-98 points for the Tigers.

The Tigers dominated the 60 meter dash and scored big in the 200 meter dash as well in order to give Clemson its seventh finish in the top two of the ACC in the last eight seasons. Four Clemson student-athletes qualified for the finals in the 60m dash, ultimately leading to Rebekah Smith winning the event as a freshman with teammate, Torie Robinson claiming the silver medal. Sabria Hadley and Ranee Ricketts each scored in the event as well as they took fourth and sixth respectively.

Hadley and Ricketts later scored in the 200m dash as Hadley took second place overall while Ricketts finished eighth. Hadley will compete in the 200m dash in this week’s NCAA Championships in College Station, Texas.