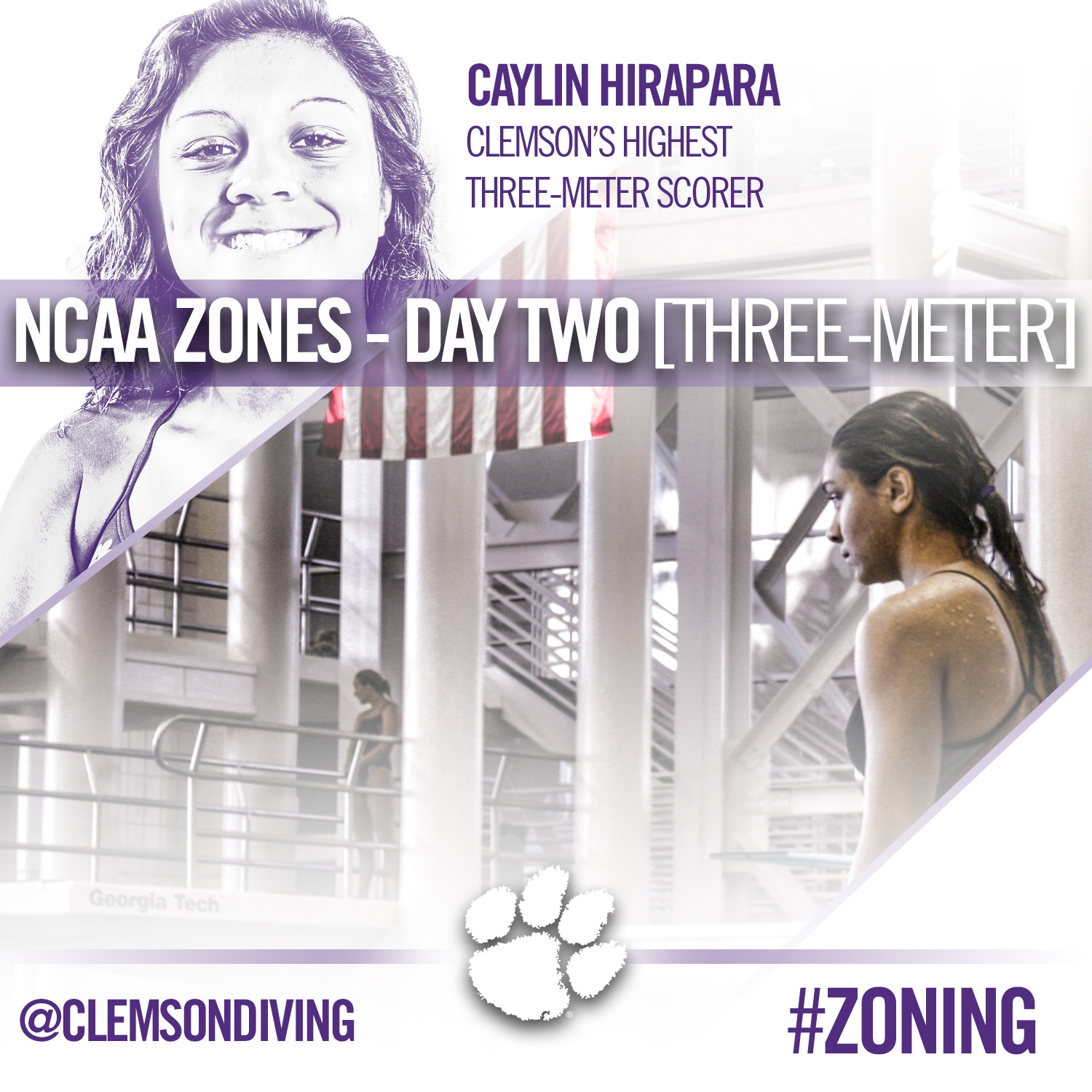 ATLANTA, Ga. – Signs of present and future promise from the two freshman divers representing the Tigers at the NCAA Zone B Three-Meter Championships were evident on Tuesday, Mar. 8 in Atlanta, Ga. Diving five of the six Zone qualifiers for Clemson in the event, the Tigers had three Top-25 finishers in the field of 45 participants in the three-meter competition, of which two of three were the aforementioned freshmen.

Caylin Hirapara was the top performer for Clemson, finishing 20th with a score of 272.25. The freshman, again, flirted with a Finals cutoff score in her first NCAA Zone B Championship meet experience, missing the 18th spot in the three-meter event by less than four points after missing the Finals cutoff for the one-meter competition by just .3 points the previous day. Not far behind Hirapara was fellow freshman Sarah Blank, who garnered a 22nd place finish with a 265.80.

Similar to the one-meter competition, the Top-18 finishers in the preliminary event qualified automatically for the Finals in that event. However, the qualifying standard for the NCAA Championships in the three-meter event was a Top-8 finish, unlike the one-meter event in which the Top-9 finishers would qualify for that same meet. This fluctuation is a pre-determined number of representatives for a given Zone meet that is directly correlated to the previous year’s results and standards and is different for each event.

Junior Sarah Braun rounded out the Tigers’ Top-25 scorers with a 264.55 and 25th place finish while sophomore Hannah Donovan and senior Megan Helwagen came in at 32nd and 33rd, earning scores of 247.45 and 244.95, respectively.

Clemson concludes its NCAA Zone B Championship experience on Wednesday, Mar. 9 when it takes to the towers at McAuley Aquatic Center to compete in the Platform competition. The preliminary event is scheduled to begin at 2:15 PM with Finals slated to start at 4 PM.