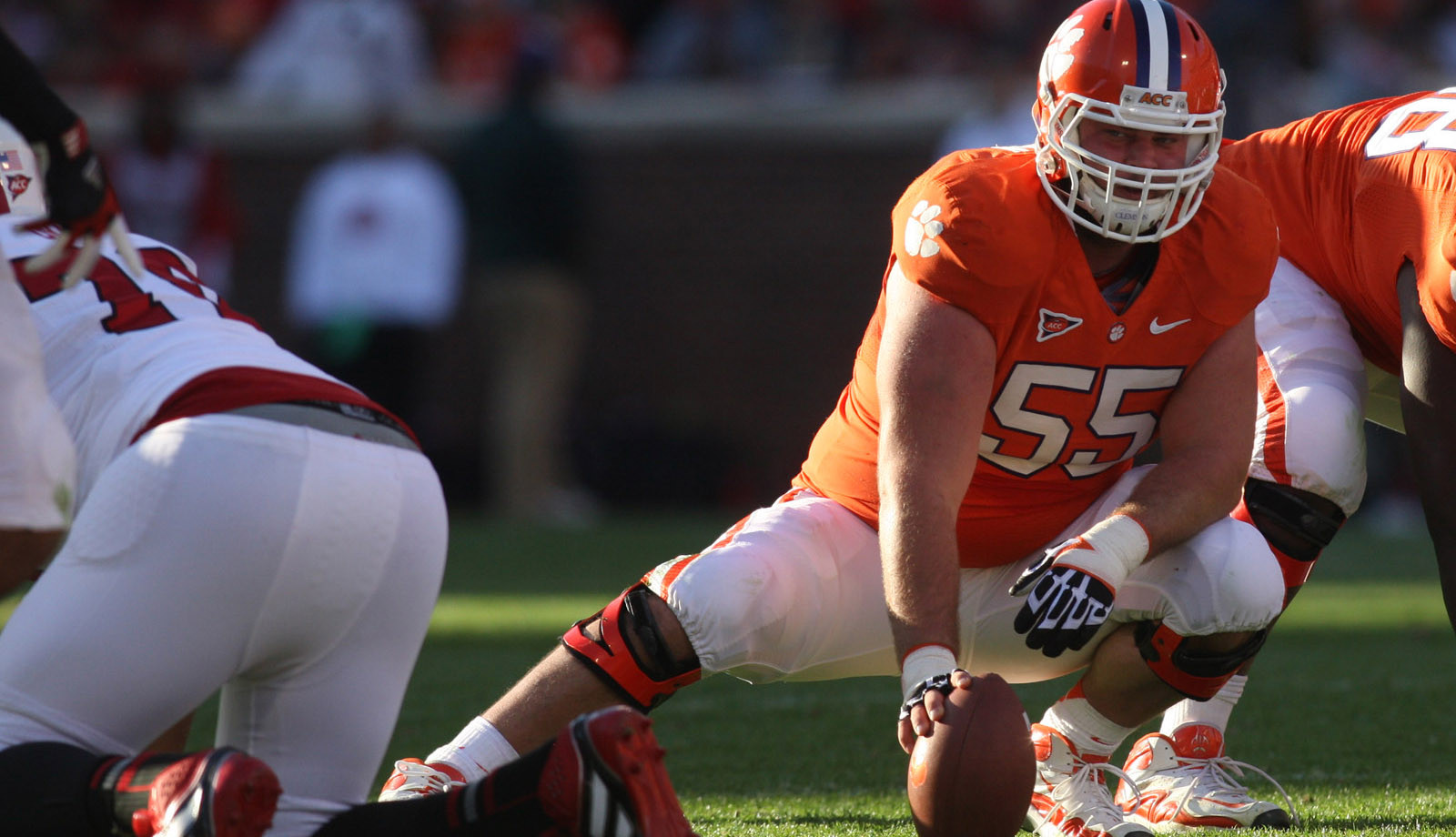 Freeman is the second two-time Rimington Award finalist in Clemson football history. The other was Kyle Young, a finalist in 2000 and 2001.

The other 2012 finalists are Braxton Cave of Notre Dame, Mario Benavides of LSU, Khaled Holmes of Southern California, Barrett Jones of Alabama and Matt Stankiewitch of Penn State. All six players are in their final year of eligibility. Cave and Freeman are graduate students.

Freeman was named a first-team All-American by the American Football Coaches Association last week and has helped the Tigers to a 10-2 record, a number-14 final ranking in the BCS, and a third ACC Atlantic Division Championship in his four years.

Freeman has been a common denominator in the starting lineup at center for those four years, one of just two seniors who can make that claim. The native of Pelion, SC has started 48 consecutive games entering the Tigers Chick-fil-A Bowl game against LSU on December 31. He will tie the school record for total starts when he starts that game.