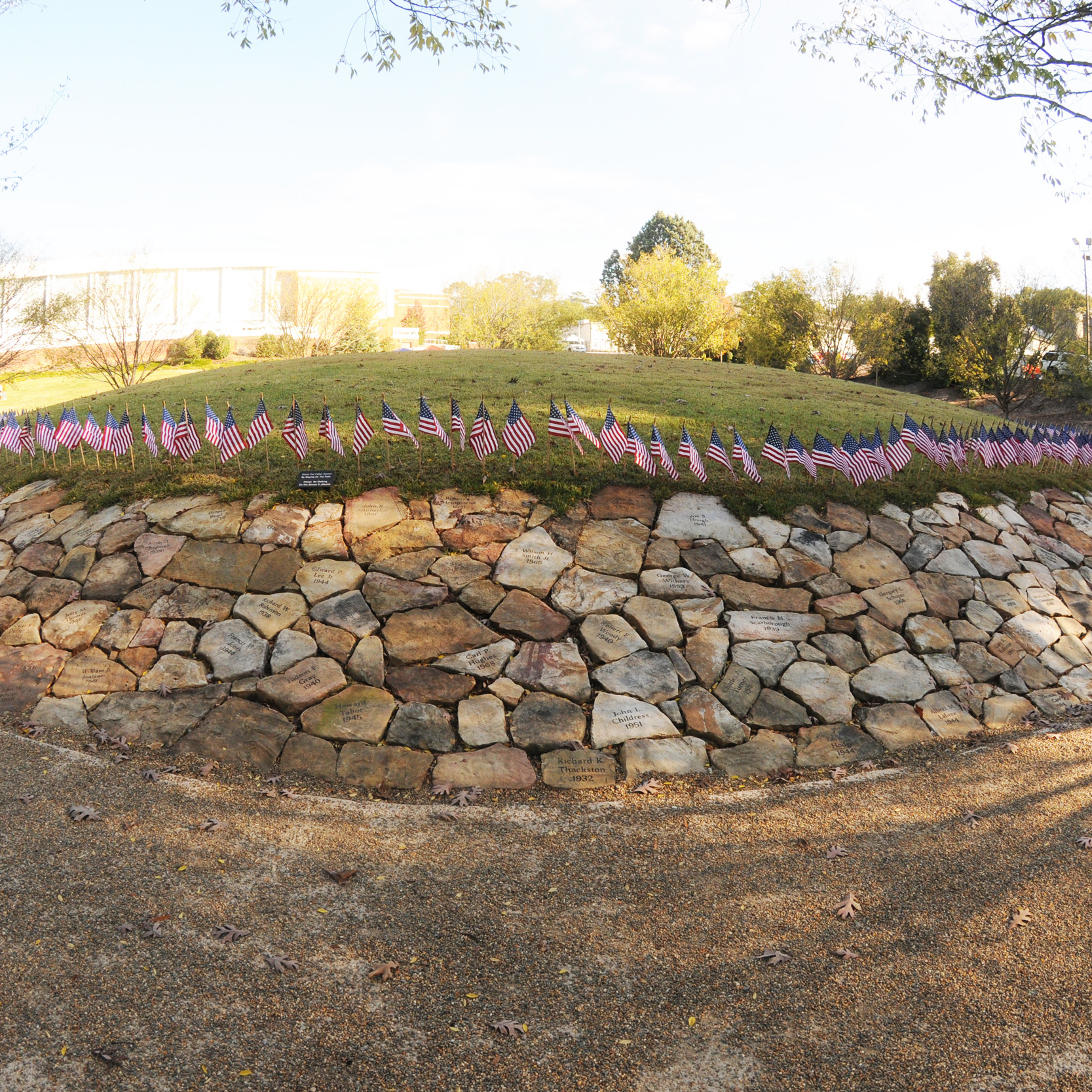 Freedom Is Not Free

“Freedom Is Not Free” is a very powerful and meaningful statement.

The price of this freedom is paid by the sacrifice, and sometimes lives of brave men and women.

Clemson’s football stadium was named Memorial Stadium as a tribute to the Clemson students who made the ultimate sacrifice in service to the United States. An additional memorial named the Scroll of Honor, completed in 2010, is located just across the street on the east side of the stadium. It stands as a reminder of why the stadium was named Memorial Stadium and is a permanent epitaph to those that have laid down their lives to preserve the freedom we enjoy today.

A famous United States General once wrote to his wife:  “What a cruel thing is war: to separate and destroy families and friends, and mar the purest joys and happiness God has granted us in this world; to fill our hearts with hatred instead of love for our neighbors, and to devastate the fair face of this beautiful world.”

War, no matter how fought or when fought, always has devastating circumstances.  At Clemson, 489 students and graduates have been killed in this nation’s wars and in peace-time operations. All the way back to the First World War until the present, the Clemson family has lost members that served so bravely and courageously.

Clemson has had a long, rich military tradition by answering the call when needed by the military.     In the early years of Clemson, the Board of Trustees decided that Clemson would use a system of military discipline modeled after Mississippi State as most land-grant colleges of the time.   Students were required to wear uniforms that they were required to buy. The Clemson Board of Trustees asked the War Department for the detail of an officer to act as Commandant, responsible for life of cadets outside of the classroom.

Some proud moments militarily in Clemson history include:  In 1917, the entire senior class sent President Woodrow Wilson a telegram, volunteering its services to the United States’ World War I effort; During World War II, Clemson supplied more Army officers than any other institution, except West Point and Texas A&M; Clemson also had the largest infantry ROTC in the country.

In 1955, the Corps of Cadets was officially abolished and the student body became civilian. ROTC was compulsory for the freshman and sophomore years until 1969-70, when it became voluntary.

The 489 Clemson students and graduates that lost their lives during their duty of serving our country are listed at the Scroll of Honor as their names are etched in stone and laid respectively and neatly at the foot of a mound.

A closer look at the ones that served and lost their lives in the line of duty would find many former Tiger athletes such as the McKnight brothers.   They are one of five sets of brothers that are on Clemson’s Scroll of Honor.

A sad tragedy struck the Clemson family as Ben McKnight and John McKnight of Kannapolis, NC were killed in World War II shortly after graduating from Clemson. (John McKnight is pictured below. Photo is courtesy of The Kannapolis N.C. History Associates.)

The McKnight brothers were also stalwart members of the Clemson Swimming and Diving team that captured the 1939 Southern Conference Championship.   The McKnight brothers were only 10 months apart in age with John being the oldest. The McKnights were members of Clemson’s 300-yard medley relay team that set a new Southern Conference record as they won the event at the 1939 championships in helping the Tigers claim the team title.

They were the sons of Mr. and Mrs. T.C. McKnight that were living in Elkin, NC. Mr. McKnight the father was an administrator at the YMCA in Kannapolis, N.C.  Both Ben and John practically grew up in the Cannon Memorial Y and Ben wanted to work at a YMCA when he returned home.   Both boys graduated at Cannon High School before enrolling at Clemson.

Ben McKnight majored in general science. He was co-captain of the swimming and diving team and graduated from Clemson in 1941.

As a first lieutenant in the Army, he was in the 128th Infantry Regiment, 32nd Infantry the “Red Arrow” Division.  (Ben McKnight is pictured below. Photo is courtesy of The Kannapolis, N.C. History Associates.)

Ben participated in the Papua Campaign. Initially, his unit blocked the Japanese advance down the Kokoda Trail.   He led in the Battle of the Buna-Gona Beachhead beginning November 19, 1942.   Ben was killed in action on December 26, 1942 during the Battle for Buna Mission. He was awarded the Combat Infantry Badge, Bronze Star Medal, Purple Heart, American Campaign Medal, Asiatic-Pacific Campaign Medal with Bronze Service Star and the WWII Victory Medal.His parents had just received a letter from Ben before receiving the news of his death.

John McKnight graduated in 1940 with a degree in general science. He too was on the swimming and diving team during his time at Clemson.  As a captain, he was in the transportation corps. He was killed in non-battle injuries on May 28, 1945, in Germany.

(Members of the 1939 Clemson men’s swimming and diving team that won individual championships at the 1939 Southern Conference Swimming and Diving Meet are pictured below. Coach Holtzendorff is on the left. The first person on the diving board (L to R) is John McKnight and the last person is Ben McKnight.)

Both Ben and John were buried in Columbia, SC at a double funeral service on December 11, 1948–two young lives that ended too soon.

This Memorial Day period may we pause, give thanks, and remember the McKnight Brothers and the countless other brave men and women just like them who have made the ultimate sacrifice so that we may enjoy our freedom.